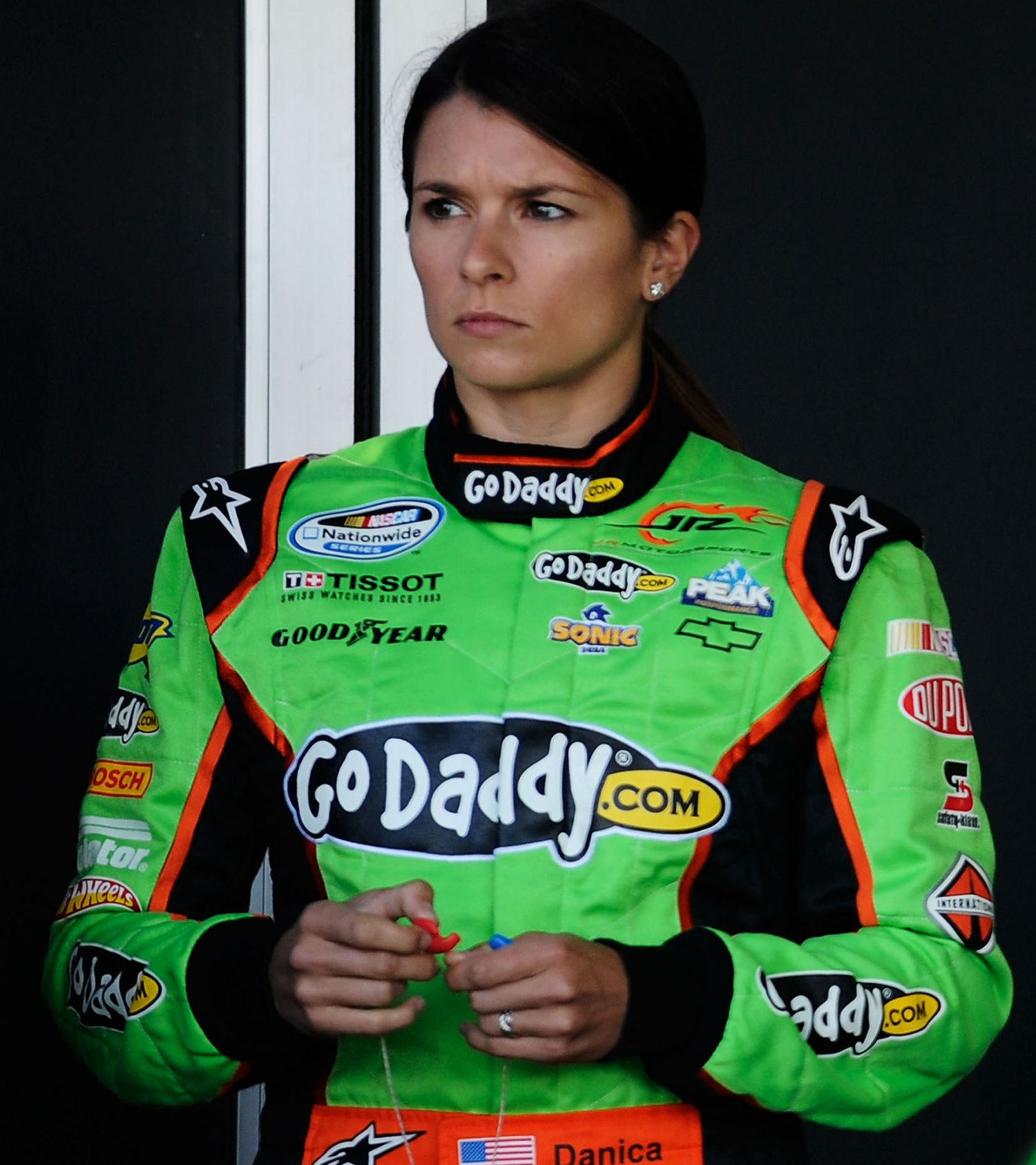 You know you're a NASCAR fan if . . . Please make up your own joke; plenty of people have. I'm not here to join the parade. I merely want to point out a possible reason why non-fans snicker at the sport. NASCAR fans value image over achievement. You could easily conclude that the worse a driver is, the more fans will like him — or her.

The latest proof came this week when Danica Patrick was named the Nationwide Series most popular driver. We can only presume that Paul Hospenthal did not have a vote.

He's Danica's soon-to-be ex. She announced the pending divorce Wednesday. Hopefully she had a good pre-nup and gets to keep the one career win they had between them.

I don't mean to make light of any breakup, but this development will only increase Patrick's mass appeal. Even more guys will vote for her, thinking it will impress her if they ever meet at a red light.

Good luck with that, Casanova.

There's only one man worthy of being the next Mr. Patrick. That's the winner of the past nine Sprint Cup most popular driver awards, Dale Earnhardt Jr.

He'll probably win again when the award is announced next week. That would be like Chevy Chase winning his 10th consecutive Academy Award for best actor, though Junior merely has to be himself to be rewarded.

That's fine. Popularity is measured a million ways. NASCAR fans are just unique in how checkered flags aren't a measurement.

But isn't the whole point to win? I'm not saying a driver has to lap the field, but shouldn't there be some accountability?

To be fair, Earnhardt actually won a race this season. It broke a 143-race losing streak and gave him four wins in the past eight years.

Jimmie Johnson has one more Sprint Cup title than that, and NASCAR crowds treat him like warm, stale beer.

Fans often resent teams that win too much. It's the Yankees Syndrome. The difference is that baseball fans aren't also lining up to buy Chone Figgins jerseys.

No, Derek Jeter had the best-selling baseball jersey last year. Derrick Rose took the honor in the NBA, and Aaron Rodgers had the most popular NFL jersey. You can say Jeter's living a little off the past (although he just had a career year), but you can't say the three guys didn't produce.

If a baseball player has one hit in 143 at-bats, he's a lot more likely to have his car egged than be voted Mr. Popularity. Why if you didn't know better, you might even think Dale Earnhardt Jr.'s popularity is based on being named Dale Earnhardt Jr.

Again, that's fine. Popularity is in the eyes of the beholder. But Johnson's a nice guy. He's kind to animals. He looks good in Wrangler's. He must be asking, "What do I have to do get some love?"

That assumes Patrick's popularity is based on her looks, and not the fact that she has one win in 183 career NASCAR and IndyCar races. I know what you're saying.

"Noooo way, you chauvinist swine. She won the Nationwide contest based on four top-10 finishes in 33 races and she led 41 out of 5,486 laps."

Who am I to argue with that? What's more, who is Ricky Stenhouse Jr. to argue?

All he did was have 26 top-10 finishes and six wins to capture his second consecutive Nationwide title. That and a bikini wax will get him a token audition as the next Go Daddy model.

When it comes to NASCAR popularity, the simple fact is success doesn't compute. And with Danica's divorce, we can now entertain a match made in marketing heaven.

Sparks fly. Paint gets traded. They get married. The ceremony is open to the public, so it's held at Daytona International Speedway in front of 200,000 adoring witnesses.

A limo is supposed to whisk the happy couple to victory lane. It gets lost since nobody inside knows how to get there.

In a couple of years, Danica Earnhardt Jr. is born. She is given a toy fire truck for Christmas and is immediately voted NASCAR's most popular driver.

Based on history, only one thing could turn fans against Danica Jr. Sporting News