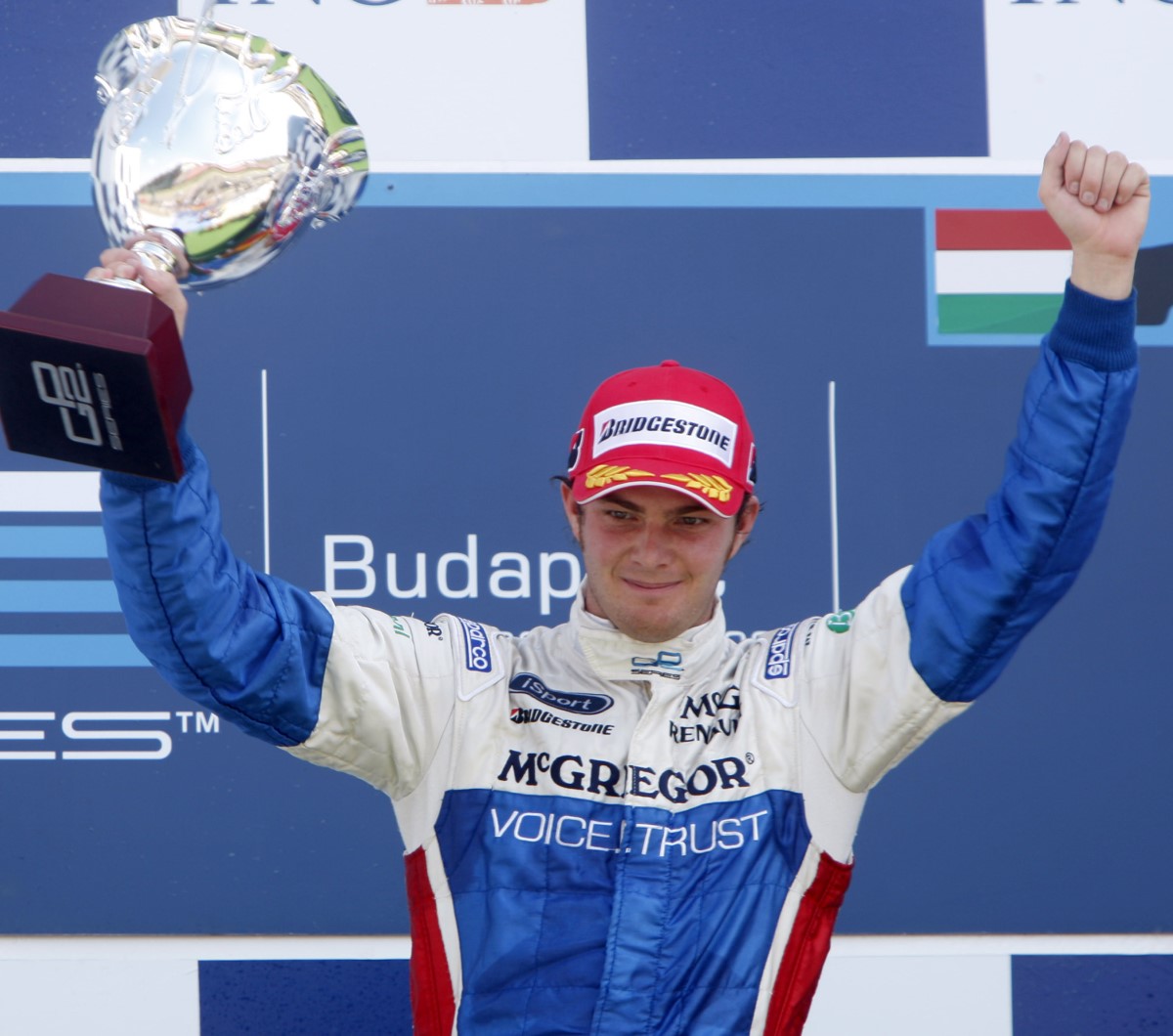 Giedo van der Garde soaked up race long pressure from Luca Filippi to claim his first win of the season this morning at the Hungaroring, showing a steely determination and turning around iSport's disappointing season in the best way possible to hold on for the victory by half a second from the Italian and Lucas di Grassi.

The victory was set up at the start when the Dutchman stormed off the line when the lights went out to slice his way past poleman Davide Rigon and into the lead, with Filippi slotting in behind him into turn one. Unfortunately for Rigon his getaway was slow and Pastor Maldonado was all over him, with the pair touching at turn nine: Rigon was out on the spot, with his rival eventually returning to the track at the back of the field.

Javier Villa avoiding the accident to slot into third position with his Italian teammate playing a waiting game, hoping that the rookie race leader would destroy his tires and hand Filippi an opportunity to claim the top spot later in the race as he relied on his teammate to protect him from the advances of title challengers di Grassi and Romain Grosjean just behind.

But the Dutchman was not to be denied: he clung to his tiny lead despite everything, including a safety car, that was thrown at him to record his maiden victory with Filippi still breathing his fumes as they cross the line, with di Grassi and Grosjean crossing the line one second later after moving past Villa when he ran wide late in the race. The disappointed Spaniard had to make do with fifth place just ahead of Alvaro Parente, who soaked up enormous pressure from Nico HÃ¼lkenberg for the final points paying position.

Nevertheless the German maintains a strong lead in the championship with 57 points, while Grosjean closes the gap slightly by moving up to 45 points ahead teammate Vitaly Petrov, who capped a disappointing weekend by spinning out of contention today to remain on 41 points, now just one ahead of di Grassi after his two podium haul in yet another successful Hungaroring weekend for the Brazilian.