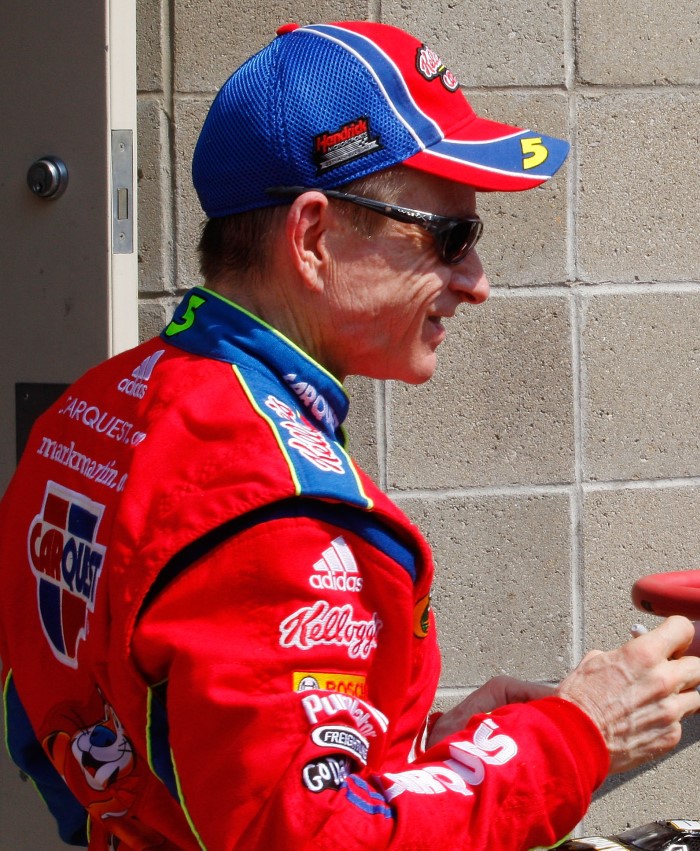 Martin, driving the No. 5 CARQUEST/Kellogg's Chevrolet for Hendrick Motorsports, turned a fast lap of 180.643 mph on the 2.5-mile IMS oval. 2000 Indianapolis 500 Mile Race winner Juan Pablo Montoya wasn't far behind, posting a lap of 180.581 in the No. 42 Target Chevrolet for Earnhardt Ganassi Racing with Felix Sabates.

Montoya, whose car carries a "Retro Target" paint scheme this weekend reminiscent of the colors he carried to victory in the 2000 Indy 500, sat atop of the speed chart for much of the second practice session until Martin posted his lap.

"Our run was pretty good," said Montoya, who is ninth in Sprint Cup points. "I think we've got a good race car. It ran good in race trim and ran good in qualifying trim, but at the end of the day for this Target team, it's all about points. If we're smart enough, I think we can make Sunday a very good points race for us. We've got a car close enough to make a run for the pole."

Among the drivers with Indiana ties, South Bend native Ryan Newman was eighth fastest at 179.215, while his Stewart-Haas Racing teammate/team owner Tony Stewart, of Columbus, was 12th at 178.855. Four-time Allstate 400 at the Brickyard winner and former Pittsboro resident Jeff Gordon was 20th at 178.264 and South Bend's David Stremme was 27th at 177.922.

Drivers reported that the extensive Goodyear tire testing that took place at IMS since the 2008 event paid off, as a rubber "groove" developed on the track at the beginning of practice and tire wear was durable and excellent.

"The tires were great," Stremme said. "I didn't have any worries coming in here. Goodyear has done a great job. The race is going to be fun. Double-file restarts are going to be wild."