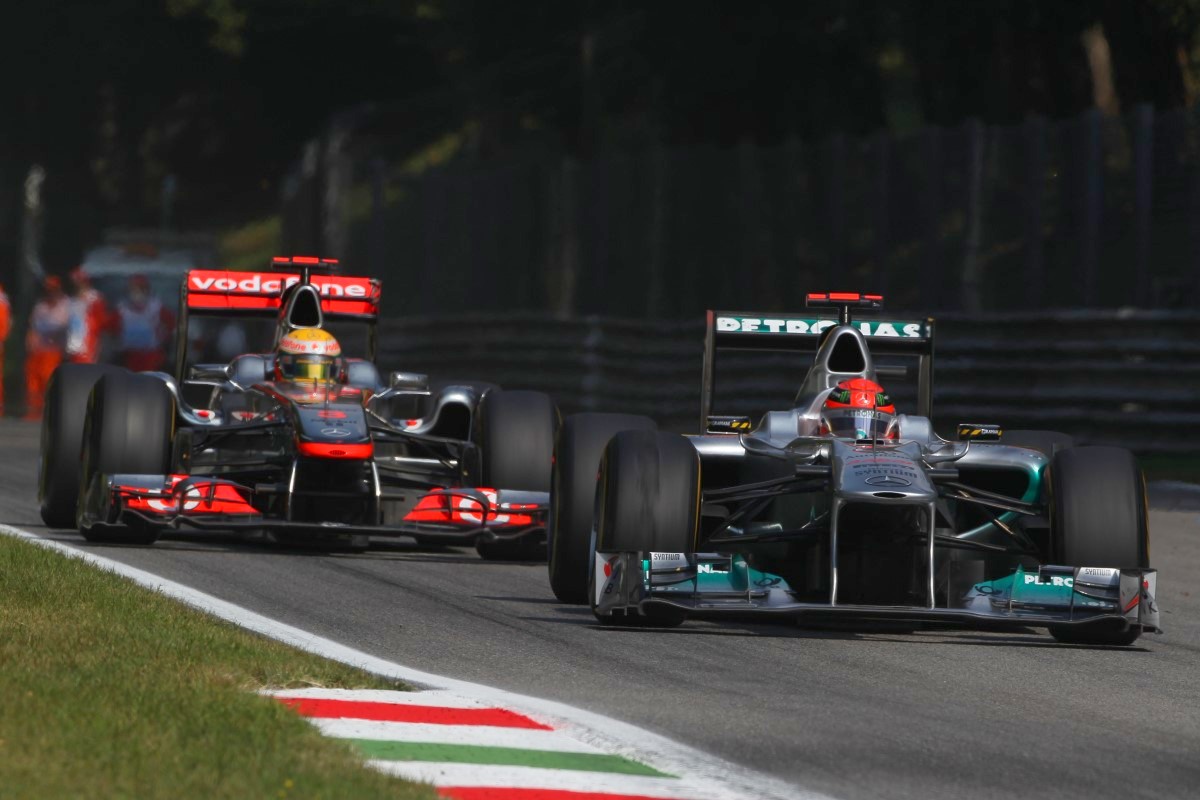 UPDATE #2 (GMM) Mercedes is the next team working on a copy of Lotus' innovative 'braking ride-height correction' system ahead of the 2012 system.

Shortly after news broke that the former Renault team had devised a passive and therefore legal system to stabilize a car's ride height under braking, reports emerged that Ferrari is "working on a similar system".

The BBC said last week that it believed the Italian giant was "the only other team to have contacted the FIA" about the concept.

But Italian reports, including on the Italiaracing website and the daily La Gazzetta dello Sport, claim Mercedes GP is also working to "quickly copy" the Lotus idea.

Mercedes does not intend to take its new car, the W03, to the first official test at Jerez early next month, instead opting for additional factory time ahead of the second session at Barcelona.

It is also rumored that Red Bull experimented with a Lotus-style braking system back in 2010 but abandoned it.

01/14/12 The idea is to stabilize the car’s nose under braking, thus allowing for extra downforce.

So what is ride height? In simple terms, the phrase relates to the amount of space between the bottom of the car (its wooden plank) and the track surface. It is a well-known fact that: the lower your car runs, the more downforce is generated and the quicker it will be. However, due to safety restrictions, this ground clearance is limited in order to prevent cars from ‘bottoming out’, which means skidding along like a toboggan. With low tire pressures, this affect was part of the reason for Ayrton Senna’s fatal accident at Imola in 1994.

Under braking, the nose of a Formula 1 car will always dive downwards as all forces shift forwards. So what if this movement could be a limited by clever technology, hence steadying the vehicle and allowing the front wing (where all airflow enters the car) to work more efficiently? Lotus was the first to be mentioned in the Italian press and Ferrari have now also said that they are developing such a system. Although it is operated by the driver, F1 governing body the FIA appears to have labeled the device as legal because no moving aerodynamic parts are involved. So, for anybody who was not developing it (or at least not as well as they could have been), there is now a rush back to the drawing board to incorporate the feature.

The BBC claims Italian giant Ferrari "are working on a similar system", which apparently has already been declared legal by F1's governing body.

The BBC report said it believes the Lotus system, designed to improve handling stability, is operated by an hydraulic cylinder that adjusts the front suspension under braking to affect the car's ride height.

"BBC Sport understands Ferrari are the only other team to have contacted the FIA on this issue and that they have plans for a similar system," wrote journalist Andrew Benson.

Speaking at Ferrari's pre-season winter media event on Thursday, Fernando Alonso played down the possibility that the system could make or break a team's 2012 season.

"I don't think there will be a big difference compared to the other cars, because the regulations are very clear, but there will definitely be some innovations and good technical ideas," he said.