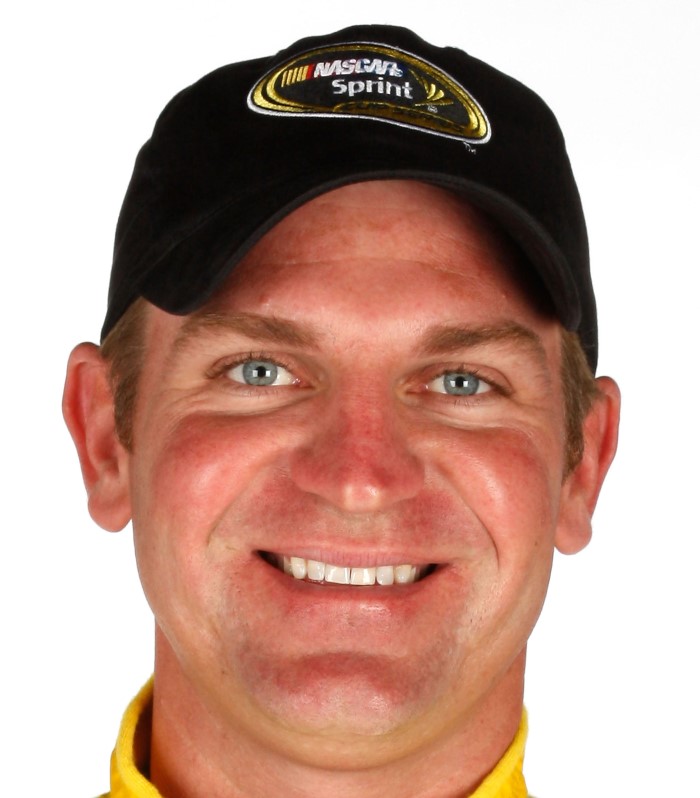 "I feel good about everything we're doing,'' Waltrip said before Sunday's Sprint Cup race at Dover International Speedway. Bowyer said he's in the process of finalizing the contract with MWR and that he was "hopeful'' it would be announced at his home track. Waltrip also hopes to keep his relationship with JTG Daugherty Racing, allowing the team to move that operation to its Harrisburg, N.C., shop but continue to receive cars and engines from MWR. Co-owner Brad Daugherty told ESPN.com earlier in the week that they had an offer from MWR and that the plan was to move from MWR to its own shop.

"We'd like to think we will be together in some form or fashion,'' Waltrip said. Bowyer, wrapping up the final year of his contract with Richard Childress Racing, will give MWR three full-time Sprint Cup teams in 2012.

He joins David Reutimann and Martin Truex Jr., the pole-sitter at Dover. Bowyer has spent all six of his Cup seasons at RCR, winning four races and making the Chase three times. Due to sponsorship issues, he was unable to renew a deal there even though both parties said they wanted to stay together. Bowyer will be sponsored for about half the 2012 season by 5-hour Energy drink. Waltrip said all other details will be revealed at Friday's press conference. ESPN

09/22/11 At Chicagoland last weekend, rumors swirled that #33-Clint Bowyer and MWR were ready to announce a deal with Michael Waltrip Racing, but the two parties never made an announcement. Pressed about the issue during an appearance for the upcoming Good Sam Club 500 at Talladega Superspeedway, Bowyer seemed close to a decision. "We are getting close to making an announcement," he told News/Talk WSB. "I've had a lot of opportunities and a lot it hinges on funding." Longtime Richard Childress Racing employee and former Director of Competition Scott Miller has left RCR and is highly rumored to have taken a job at MWR – Bowyer's likely destination. When asked whether Miller's departure and destination were linked to his own, Bowyer grinned and said, "I wish him the best and, who knows, maybe I will be working with him someday." WSB Radio Blog

09/16/11 Sirius XM NASCAR Radio's Sirius Speedway with Dave Moody has learned that Clint Bowyer is near agreement on a new, multi-year contract with Michael Waltrip Racing, with an announcement expected within the next 24-48 hours. Bowyer will leave Richard Childress Racing at season's end, after being unable to come to terms with the team for which he has competed for his entire NASCAR Sprint Cup Series career. The Emporia, Kansas, native is reported to have spoken — at least preliminarily — with at least four teams; Richard Petty Motorsports, Roush Fenway Racing, Earnhardt-Ganassi Racing and Michael Waltrip Racing. MWR emerged as the leading candidate within the last two weeks, and now, final details are being wrapped up that will put Bowyer in an MWR Toyota Camry next season as a teammate to Martin Truex, Jr., and David Reutimann. Sponsorship will come from Five Hour Energy. The multi-year deal is in the final stages of negotiation, with an official announcement expected this weekend at Chicagoland Speedway. Sirius Speedway

09/14/11 Richard Petty Motorsports has withdrawn its offer to Clint Bowyer to drive a car for the organization in 2012. Team owner Andrew Murstein confirmed to FOXSports.com that RPM has decided to go in another direction with the program. "We are no longer in discussions with Clint," Murstein said. "We just feel that RPM is in a great place today, especially how far we have come since last year. Both #9-Marcos (Ambrose) and #43-A.J. (Allmendinger) are not only having career years, but they are both moving in the right directions and improving. "Clint is a great driver and we wish him the best wherever he ends up. For now, we will continue to focus on our two teams and continuing to make great strides as we return the King and his unmatched tradition and legion of loyal fans back into Victory Lane." The most recent organization in the Bowyer sweepstakes is Michael Waltrip Racing. Bowyer was seen touring MWR last Thursday. If he ends up at MWR, expect the company to a run a third team along with current drivers #00-David Reutimann and #56-Martin Truex, Jr. Fox Sports

It doesn't sound as if Clint Bowyer will be back with Richard Childress Racing next season.

Neither driver or car owner declared talks totally over, but both sounded Thursday as if there's little chance they'll come to an agreement to keep Bowyer behind the wheel of the No. 33 Chevrolet after this year.

Childress even referred to Bowyer in the past tense several times while talking about the driver in an interview on SiriusXM NASCAR Radio.

"You know, we've tried and we've really worked really hard to put the deal together to keep Clint," Childress said. "It's not 100 percent off the table, but it's getting tougher and tougher as the day goes by. Clint's got a couple of really good opportunities there facing him. We just, for us, it just didn't seem that we could get everything worked out.

"Clint's still a good friend. I want the best for him."

09/07/11 Frontstretch.com's Amy Henderson sat down with #43-A.J. Allmendinger in Atlanta to discuss many things, including his thoughts on a third team at Richard Petty Motorsports:
Henderson: "There has been some talk of adding a third team at RPM. That's a long way from the team that, a year ago, the speculation was you weren't even going to be here this year. You stuck around through that and it turned out for the better. Is adding a third team something that would be helpful to you?"
Allmendinger: "It's helpful if it's done the right way. The thing is that we can't try to take off too much right away, we can't bite off too much. If all the sponsorship is there for all three cars and it's done the right way? Sure, it can only help. If you get a guy, say, like Clint Bowyer who's won races and got great experience, that can only be a benefit. But it's got to be done in the right way. That's the stuff for me, that you look at. As you said, we're a team that just barely missed bankruptcy, and we're still making sure that we've got everything kind of buttoned up for next year among our two cars. It's only good if it's done the right way. There are other teams that have shown that. You look at Richard Childress Racing when they first went to four cars. They were terrible because of it. You take a team like Gibbs, who could easily do a fourth car, but they won't do it unless it's done the right way. I think that's the main thing." Frontstretch

08/27/11 Richard Petty Motorsports is waiting for an answer from Clint Bowyer. Bowyer has an offer on the table from RPM, according to majority owner Andrew Murstein, who said Saturday during an interview on Sirius XM NASCAR Radio that the organization was waiting for a response.

“We gave him an offer recently and are hoping to hear back from him," Murstein said.

The driver of the No. 33 Chevrolet is in a contract year at Richard Childress Racing.

Murstein told Sporting News in January that Bowyer was at the top of the list of drivers he’d like to hire if RPM expanded beyond the two cars it currently fields for drivers AJ Allmendinger and Marcos Ambrose.

RPM’s interest in Bowyer, however, raises serious questions about the viability of expansion in the current economic climate. Allmendinger’s sponsor, Best Buy, also is in a contract year, and with sponsorship dollars as limited as they are, can RPM afford to hire Bowyer and add a third team? Sporting News

08/25/11 Clint Bowyer would like nothing more than to extend his contract with Richard Childress Racing but despite both the driver and owner publicly admitting their desire to remain together, nothing has been announced. The reported hold-up is around finding necessary sponsorship for the RCR #33 entry, which will lose General Mills at the end of this season. Current Steven Wallace Nationwide Series sponsor 5-Hour Energy continues to be in the mix as a potential replacement but right now there is no agreement.

08/24/11 Clint Bowyer might end up having to decide between taking less money to stay at Richard Childress Racing next year or move to a team that has not performed as well the past two seasons.

A free agent after this season, Bowyer hopes to attract 5-Hour Energy as a sponsor, a deal that likely would be for 20-22 races. The company is expected to remain with Rusty Wallace Racing for about half the Nationwide Series races next season and also back a Sprint Cup team.

According to several sources, Bowyer wants more money than team owner Richard Childress believes he can pay with the sponsorship package that has been put together. The current proposal would pay Bowyer less money than his current salary. The team’s contract with sponsor General Mills is also up after this season and the company is not expected to return.

Several drivers, including Greg Biffle and Jeff Burton, have indicated that they had to take pay cuts when they re-signed with their current teams earlier this year due to the downturn in the economy and a shortage of sponsors. Scenedaily.com