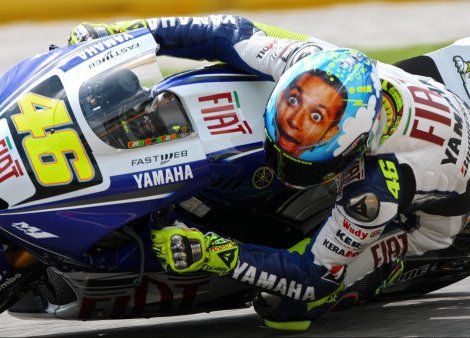 MotoGP great Valentino Rossi would consider a move into Superbikes towards the end of his career having previously been linked with a future in Formula One and rallying.

The 32-year-old, a nine-time world champion on bikes, has said he is probably too old now for a switch to F1 but his move to Italy's Ducati from Yamaha for the forthcoming MotoGP season has opened the door to the rival Superbike series.

"In a few years, when I'm older, I could even race in Superbikes with Ducati," Rossi said at a Ducati promotional event in Bologna.

The Italian, who said he moved to Ducati partly because Italy celebrates 150 years of unity this year, has been critical of the bike during testing and is still not 100 per cent fit after shoulder surgery.

"The bike struggled a bit on the curves," he said ahead of the season-opening race in Qatar on March 20.

"My operation was big and I still don't have a lot of strength."