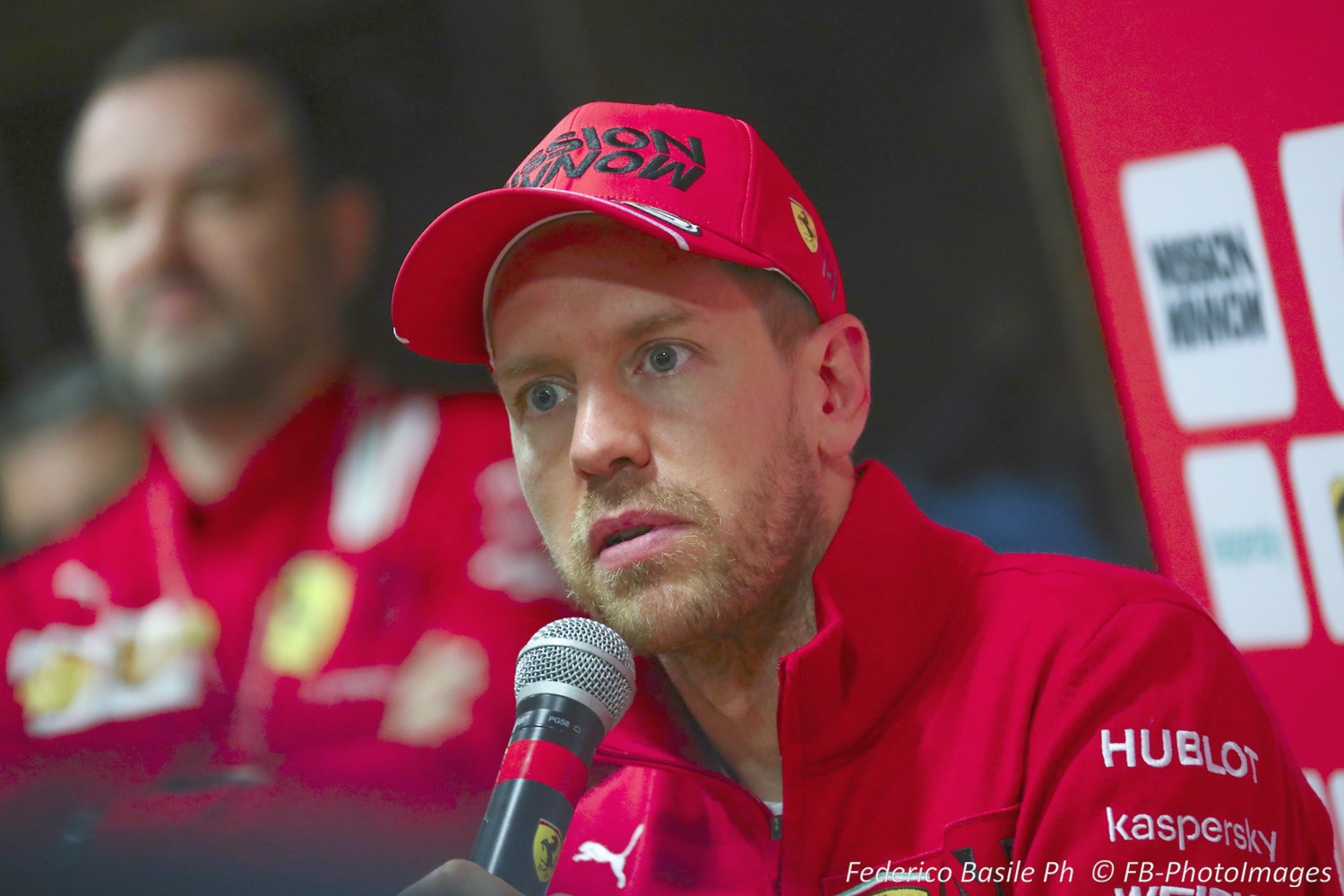 Scuderia Ferrari Mission Winnow and Sebastian Vettel have jointly decided not to extend the current contract covering Sebastian’s services as a driver with the team, beyond its current expiry date of the end of the 2020 Formula 1 season.

“This is a decision taken jointly by ourselves and Sebastian, one which both parties feel is for the best. It was not an easy decision to reach, given Sebastian’s worth as a driver and as a person. There was no specific reason that led to this decision, apart from the common and amicable belief that the time had come to go our separate ways in order to reach our respective objectives.

Sebastian is already part of the Scuderia’s history, with his 14 Grands Prix wins making him the third most successful driver for the team, while he is also the one who has scored the most points with us. In our five years together, he has finished in the top three of the Drivers’ Championship three times, making a significant contribution to the team’s constant presence in the top three of the Constructors’ classification.

On behalf of everyone at Ferrari, I want to thank Sebastian for his great professionalism and the human qualities he has displayed over these five years, during which we shared so many great moments. We have not yet managed to win a world title together, which would be a fifth for him, but we believe that we can still get a lot out of this unusual 2020 season."

“My relationship with Scuderia Ferrari will finish at the end of 2020. In order to get the best possible results in this sport, it’s vital for all parties to work in perfect harmony. The team and I have realized that there is no longer a common desire to stay together beyond the end of this season. Financial matters have played no part in this joint decision. That’s not the way I think when it comes to making certain choices and it never will be.

What’s been happening in these past few months has led many of us to reflect on what are our real priorities in life. One needs to use one’s imagination and to adopt a new approach to a situation that has changed. I myself will take the time I need to reflect on what really matters when it comes to my future.

Scuderia Ferrari occupies a special place in Formula 1 and I hope it gets all the success it deserves. Finally, I want to thank the whole Ferrari family and above all its “tifosi" all around the world, for the support they have given me over the years. My immediate goal is to finish my long stint with Ferrari, in the hope of sharing some more beautiful moments together, to add to all those we have enjoyed so far."

[adinserter name="GOOGLE AD"]Vettel's immediate future in F1 remains unclear, with a seat at former team Red Bull seeming unlikely. Unless the German Mercedes team throw him a lifeline, it would leave the four-time world champion facing a drop into F1's midfield, or leaving F1 altogether.

Florian Konig, a reporter for the German broadcaster RTL, doubts the Vettel-Ferrari talks collapsed because Vettel's pay would have been slashed for 2021.

"I think Sebastian is more interested in the terms of a new contract than the money," he said.

"In general, the wage structure had to be corrected downwards due to the corona crisis. Salaries of $30 million will no longer be there."

McLaren's Carlos Sainz and Renault's Daniel Ricciardo have been linked with the Ferrari seat alongside Charles Leclerc.

Former driver Marc Surer says Australian Ricciardo "knows how to win races", but he isn't sure the financial offer from Ferrari will be enough.

"For the first time in his career, Daniel is paid very well," he told Speed Week. "You don't want to give that up so easily."

Reports that Lewis Hamilton could be a candidate for the red race seat are believed to be wide of the mark.