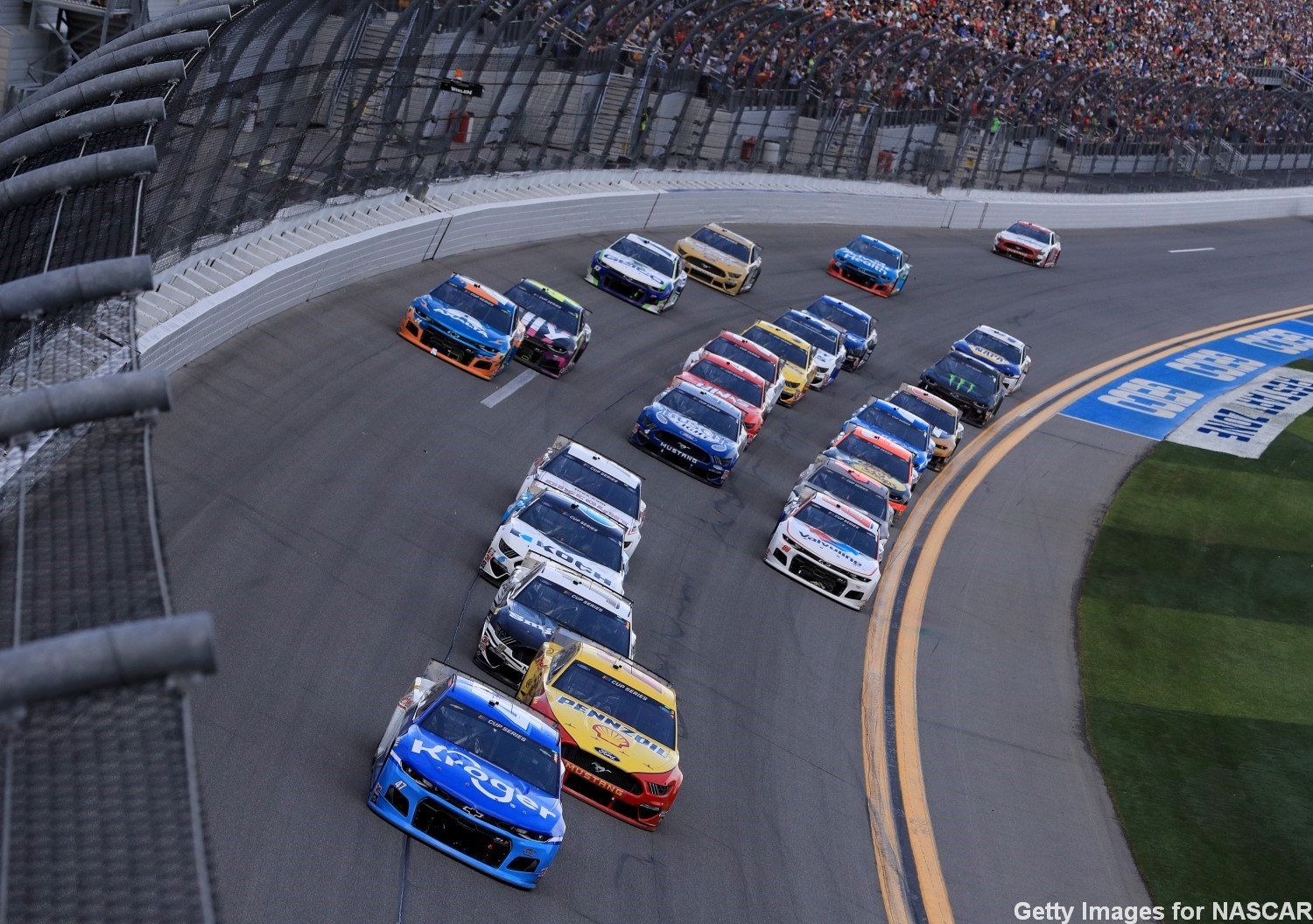 Mother Nature won out in Daytona Beach on Sunday.

The 62nd annual Daytona 500 has been postponed to Monday afternoon at 4 pm thanks to persistent rain showers over Daytona International Speedway.

The race only got 20 laps on the board before the skies opened up. The race will resume at 4 pm Monday afternoon.

Just as the competitors approached the 20 lap mark, the skies opened up over turn two of the 2.5-mile raceway, soaking the racing surface and leading race officials to bring the field to pit road under the red flag.

After about an hour's delay, the field finally took the green flag, with pole sitter Ricky Stenhouse, Jr. taking the early lead. He would pace the field for the first 20 laps until the rain returned, bringing the race under the red flag.

Just before 7 pm, drivers had been called back to their cars, but the skies opened up again with the hardest rains of the day coming down. Moments later, NASCAR officials made the call to push the completion of the race to Monday afternoon.

Joey Logano was running in second when the rains came, with Aric Almirola third, Ryan Newman fourth and Kevin Harvick in fifth.

Brad Keselowski, William Byron, Jimmie Johnson, Ty Dillon and Timmy Hill rounded out the top ten at the time of the red flag.