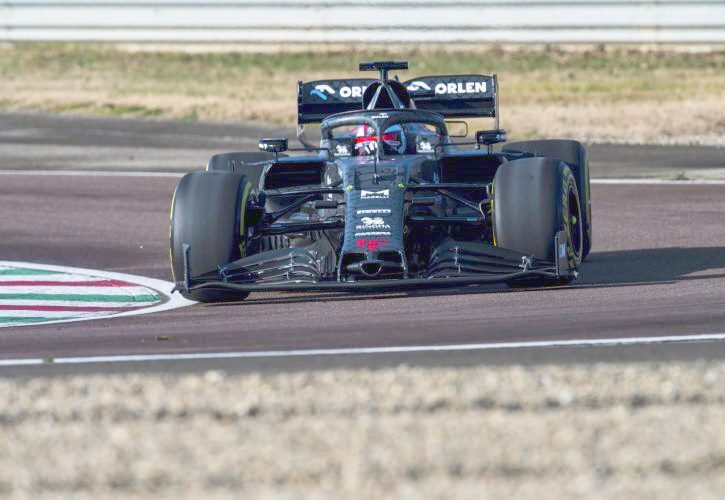 Alfa Romeo has given its new 2020 Formula 1 car, the C39, a first run, with a shakedown test at Fiorano in Italy on Friday.

Kimi Raikkonen conducted the running of the car at Ferrari's official test track. The running is classified as an official filming day.

Alfa also announced on Friday a sponsorship deal with Huski Chocolate, the chocolate drink company which is already involved in F1 with McLaren.

"We are proud to announce this partnership with our friends at Huski Chocolate," said Alfa team boss Fred Vasseur.

"We got to know their brand well at the United States GP last year and we are delighted the success of that initial partnership led to this new deal.

"The Huski chocolate drinks were extremely popular with our team personnel and guests and we’re happy their taste will be with us for the whole of the season."

The Swiss team is due to hold an official unveiling of the car ahead of pre-season testing at Barcelona in Spain next week.

Raikkonen is staying at the outfit for a second season alongside Italian Antonio Giovinazzi.