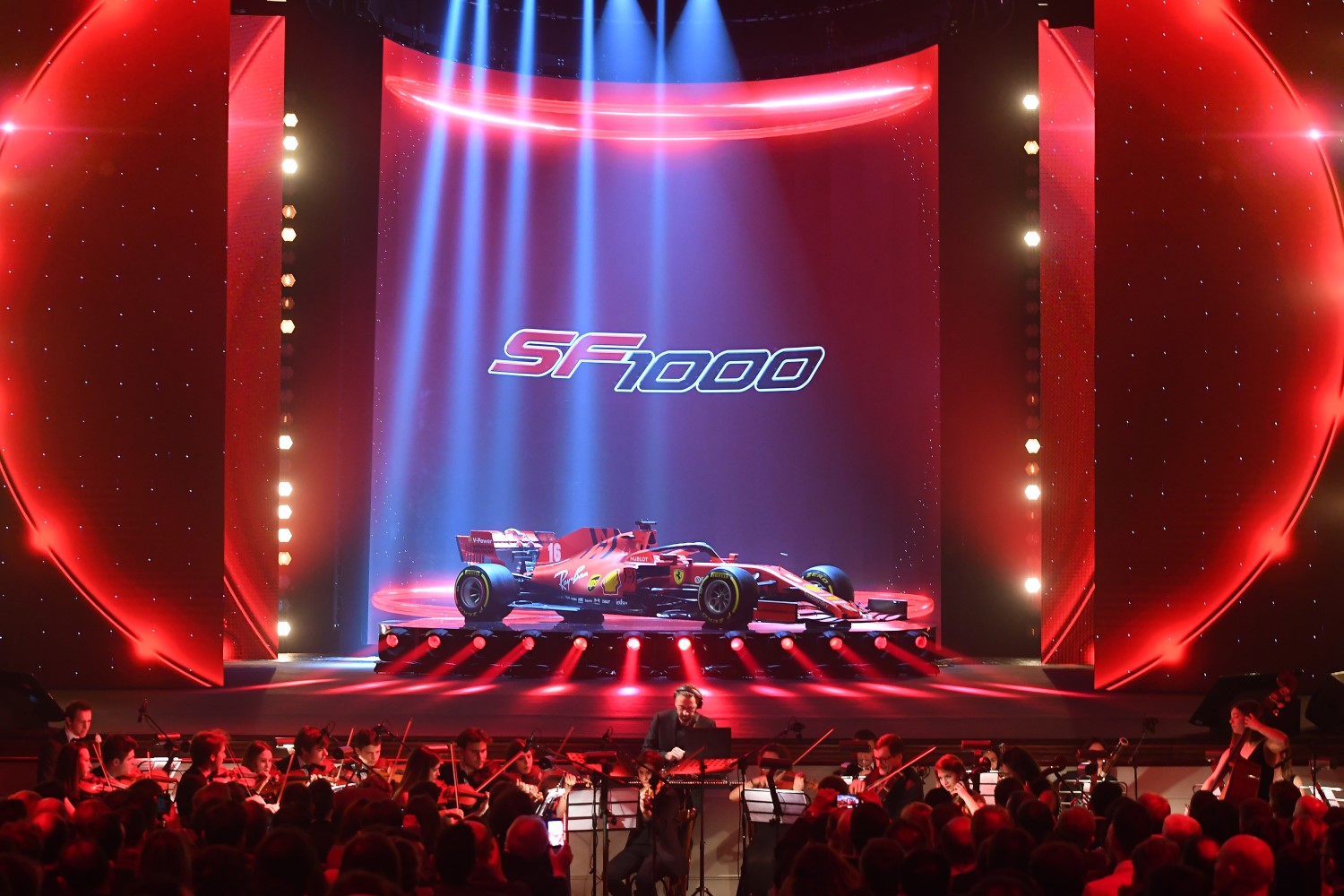 Ferrari’s 2020 challenger is called the SF1000, reflecting the fact that, at some point this season, the Scuderia will be the first team ever to take part in 1000 Formula 1 Grands Prix, in this the year that the top racing category celebrates its 70th anniversary. The SF1000, built entirely in Maranello, was launched tonight at the Romolo Valli Municipal Theatre in the town of Reggio Emilia. It was a gala evening that celebrated the marque’s Italian identity, in a setting that reflected the essence of Italy in terms of the national flag, art, architecture and music.

The evening began with a flashmob, to a musical soundtrack composed specifically for this event by Maestro Leonardo De Amicis, played by the orchestra of the Istituto Superiore di Studi Musicali di Reggio Emilia e Castelnovo ne’ Monti “Achille Peri – Claudio Merulo," conducted by Sebastian De Amicis, as well as a set from DJ Benny Benassi. As the music ended, it was the turn of Ferrari CEO Louis Camilleri to speak, thanking everyone present for attending, including the town officials, the team partners and all those whose efforts will see this Ferrari perform on race tracks around the world.

The car’s unveiling was presided over by the Scuderia’s Team Principal and Managing Director Mattia Binotto, who recalled the words of the founder, Enzo Ferrari to sum up the emotions evoked by the Maranello marque: “Give a child a piece of paper and some crayons and ask them to draw a car and it will definitely be red." Passion of course, but also innovation, research, team spirit and a will to compete; the qualities that are at the root of #essereFerrari, the hashtag coined last year that highlights the values of those who work for the Scuderia.

[adinserter name="GOOGLE AD"]Once the covers had come off the SF1000, Binotto asked the two drivers, Sebastian Vettel and Charles Leclerc to join him on stage. They both said they couldn’t wait to get behind the wheel! And the German and Monegasque will not have long to wait as the first day of official pre-season testing takes place at the Barcelona-Catalunya circuit, next Wednesday 19 February.

The Team Principal and drivers were then joined on stage for a group photo by Vice President Piero Ferrari and the President, John Elkann who closed proceedings with a few words, once again underlining the ties that bind the Prancing Horse and Italy itself. “We are proud to represent Italy around the world," he said. “Even though Ferrari has won 238 of the 991 Formula 1 races run to date, our thirst for victory is stronger than ever. In the coming season, we will continue to face very tough opposition, but that only serves to spur us on to do more and to do even better. What distinguishes us is the amazing collective effort of everyone in Ferrari’s Gestione Sportiva, both on and off the track. That is our strength".

Carbon fibre and honeycomb composite chassis, with halo fitted to the cockpit.