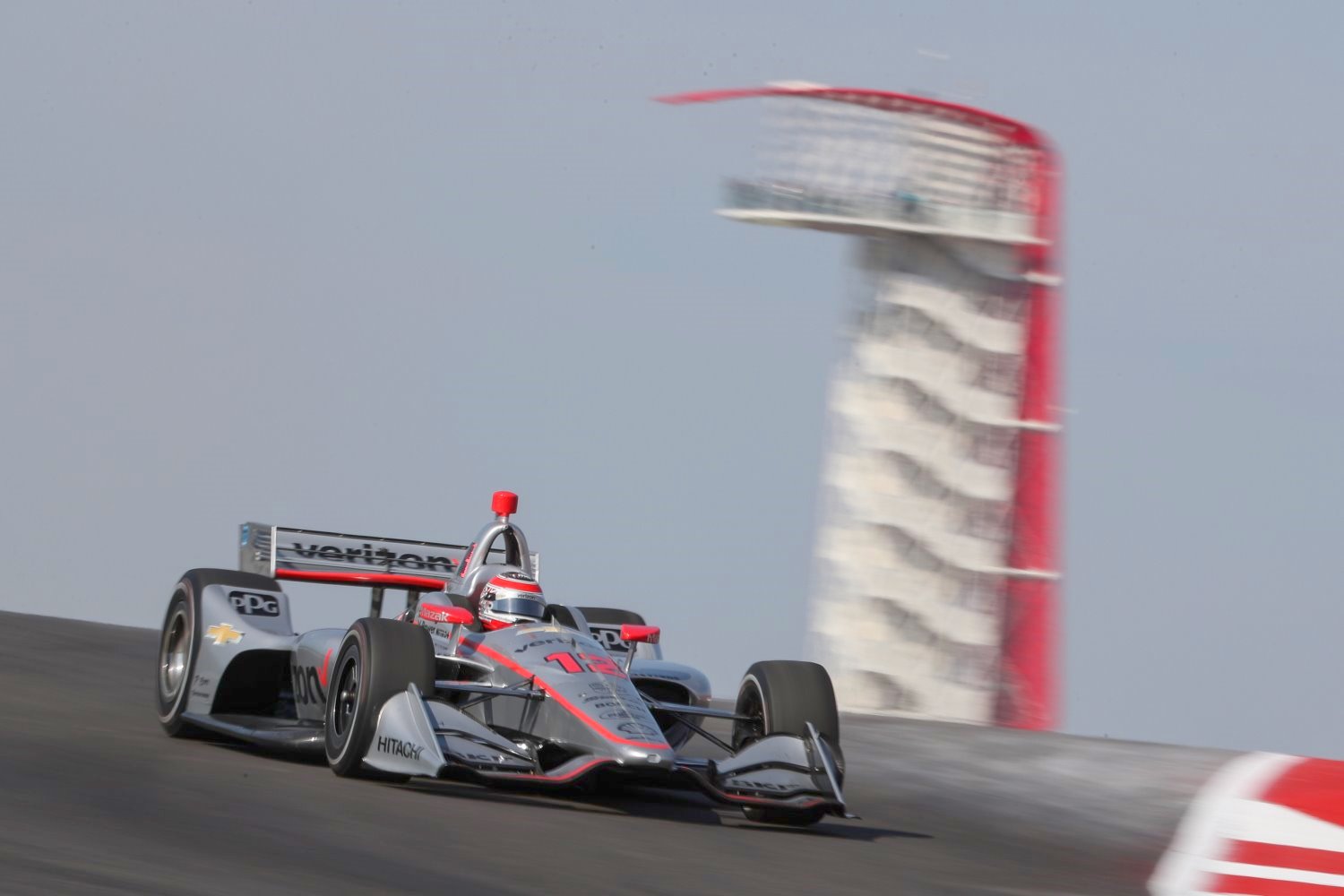 AUSTIN, Texas (February 10, 2020) – Twenty-seven drivers in 25 cars are scheduled to converge on the Circuit of The Americas layout for a full-field open test Tuesday and Wednesday as the start of the 2020 NTT INDYCAR SERIES season looms just over a month away.

This event will mark the first full-field test of the new year and should prove beneficial to the drivers and teams when they return to COTA on April 24-26 for the AutoNation INDYCAR Challenge. The 17-race NTT INDYCAR SERIES season opens March 13-15 with the Firestone Grand Prix of St. Petersburg on the streets of St. Petersburg, Fla.

Tuesday will be open to the public and both days will be streamed live on the INDYCAR Mobile App and INDYCAR.com.

Here are "5 Things To Look For …" following a busy offseason:

Team Penske's Josef Newgarden arrives as the defending NTT INDYCAR SERIES champion and will be looking to become the first to repeat since Dario Franchitti won three in a row from 2009-11.

Newgarden, a 29-year-old native of Nashville, Tenn., won his second title in three years to join three-time series champ Sam Hornish Jr. (2001, '02, '06) as the only Americans with multiple crowns since Al Unser Jr. won his second in 1994.

Newgarden is coming off a 2019 campaign in which he led the series in wins (4), top-five finishes (12) and laps led (490). He grabbed the championship lead from the outset with a win at the season opener in St. Petersburg, Fla., and only relinquished the points lead once – following the Indianapolis 500 in May – during the entire 17-race season

Tony Kanaan, the 2013 Indianapolis 500 winner and '04 series champion, announced Jan. 30 that the 2020 NTT INDYCAR SERIES season will be his final campaign. Kanaan is scheduled to compete in the season's five oval races – the Indianapolis 500 (May 24), Texas Motor Speedway (June 6), Richmond Raceway (June 27), Iowa Speedway (July 18) and World Wide Technology Raceway at Gateway (Aug. 22) – in the No. 14 Chevrolet entry for AJ Foyt Racing.

Kanaan, a 45-year-old native of Brazil, will be competing in his 23rd season in 2020 and the farewell tour will be known as "TK Last Lap." Kanaan owns 17 wins and 15 poles as well as INDYCAR's all-time "Ironman" streak, having competed in 317 consecutive races dating to the 2001 season.

Given his 2020 plans, that streak will end at 317 with no current intention to compete in the March 15 season opener in St. Petersburg, Fla. Kanaan will not test this week, but he will be part of the streaming coverage of the event on INDYCAR.com and the INDYCAR Mobile App.

There were a flurry of driver moves heading into the 2020 NTT INDYCAR SERIES season, including a full makeover at Arrow McLaren SP with the addition of the two most recent Indy Lights champions. Oliver Askew, the 2019 champ, and Pato O'Ward, the '18 champ, replace James Hinchcliffe and Marcus Ericsson for the organization.

Ericsson moves over to Chip Ganassi Racing to join Scott Dixon and Felix Rosenqvist as the team expands from two to three cars. Hinchcliffe announced in January that he has backing from tech company Genesys that will allow him to compete in the GMR Grand Prix and Indianapolis 500 presented by Gainbridge in May, and possibly more 2020 events.

Rinus VeeKay, the 2019 Indy Lights championship runner-up, landed a ride with Ed Carpenter Racing as did Conor Daly. Daly will share the No. 20 entry with team owner Ed Carpenter and is slated to compete in all the road/street course events as well as an additional team entry in the Indianapolis 500. Dale Coyne Racing bid farewell to Sebastien Bourdais and replaced the four-time Champ Car World Series champion with Super Formula Rookie of the Year Alex Palou.

The No. 14 Foyt entry will be split among Kanaan, Bourdais and Canadian rookie Dalton Kellett. Finally, Team Penske announced last week that reigning Virgin Australia Supercars champion Scott McLaughlin will make his series debut in the GMR Grand Prix at IMS. McLaughlin, who will be attempting to win his third consecutive series championship for DJR Team Penske in 2020, is participating in the COTA test.

The Aeroscreen, a safety innovation for enhanced driver cockpit protection, will be showcased by every team during the two-day test session and will make its competition debut March 13-15 in the season-opening Firestone Grand Prix of St. Petersburg.

The Aeroscreen consists of a ballistic, canopy-like "windshield" anchored by titanium framework encompassing the cockpit. INDYCAR announced a partnership with Red Bull Advanced Technologies during the 2019 Indianapolis 500 race weekend for the development and implementation of the Aeroscreen and had the first on-track test in October.

That initial test was held at Indianapolis Motor Speedway with Chip Ganassi Racing's Scott Dixon and Team Penske's Will Power.

Additional tests with other drivers followed at Barber Motorsports Park, Richmond Raceway and Sebring International Raceway over the course of a month. This will be the first full-field test with all teams having the Aeroscreen on their cars.

The biggest move of the offseason came from Roger Penske, but it did not involve any of his championship-winning drivers (Josef Newgarden, Simon Pagenaud or Will Power).