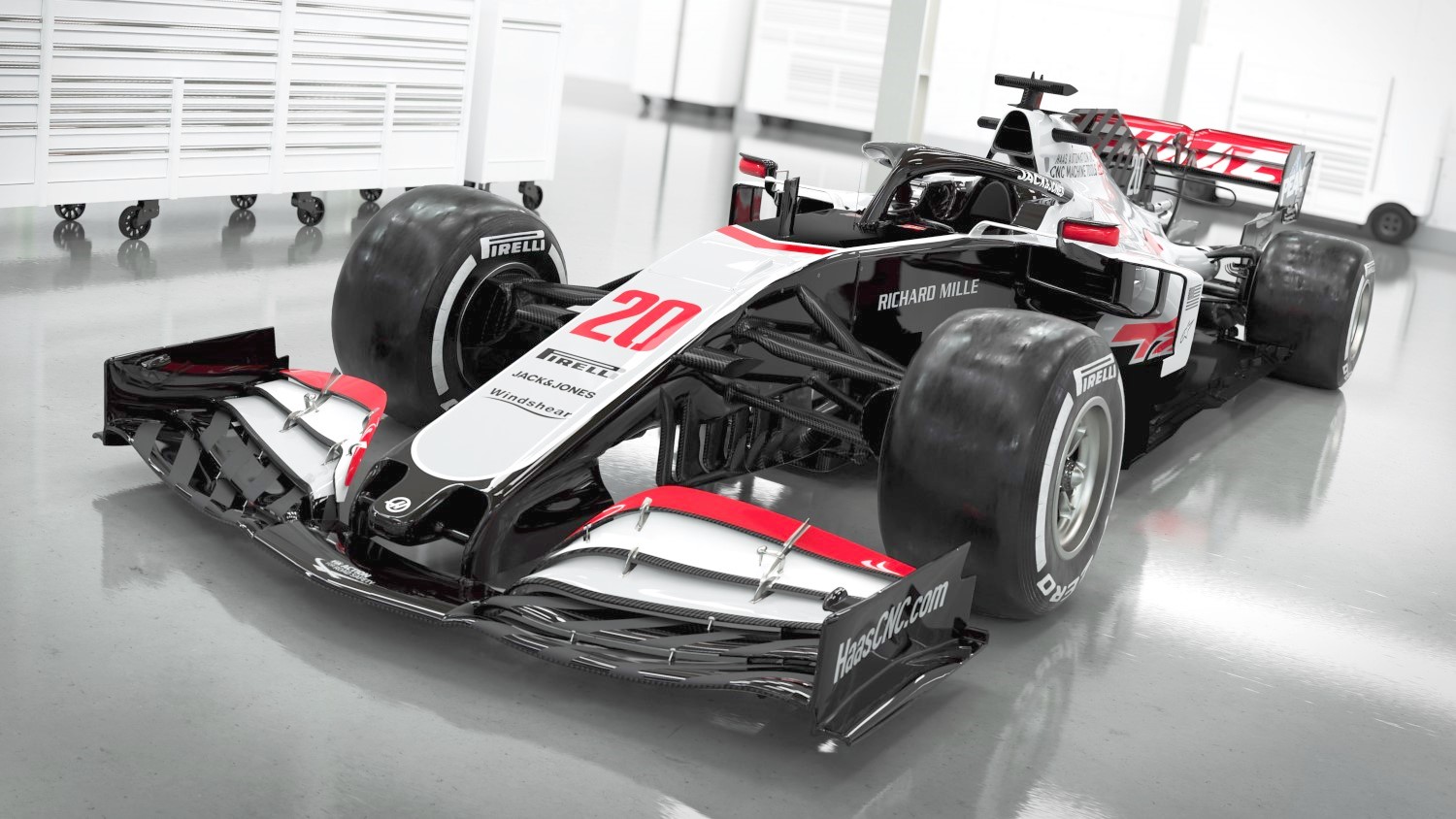 Haas has reverted to a more back and white livery with some red and gray highlights.

Haas has presented its launch car with a distinctly Ferrari-inspired design. Those 2019 Ferrari-esque (Ferrari is the Haas technical partner) details extend from the front wing to the rear endplates.

Non-Americans Romain Grosjean and Kevin Magnussen will again form the American team’s driver line-up as it continues to thumb its nose at American talent.

[adinserter name="GOOGLE AD"]“It’s always exciting to see the development of a new Formula 1 car and undoubtedly the VF-20 has to deliver where our previous car didn’t," said boss Guenther Steiner.

“With the regulations remaining stable into this season, it’s allowed us to improve our understanding of the car and to scrutinize ourselves more in order to find solutions and applications to channel into the design of the VF-20.

“Last year was definitely a set-back, one I would never have asked for, but you learn from such situations – we all have.

“Everybody at the team was forced to look at themselves and understand what they can do better. I’m looking forward to seeing the VF-20 make its track debut.

“As always in testing, you want many things, but lots of mileage, reliability and speed would be welcomed as we ready ourselves for the first race in Australia.2

The VF-20 will be formally unveiled in the pit lane at the Circuit de Barcelona-Catalunya on February 19.