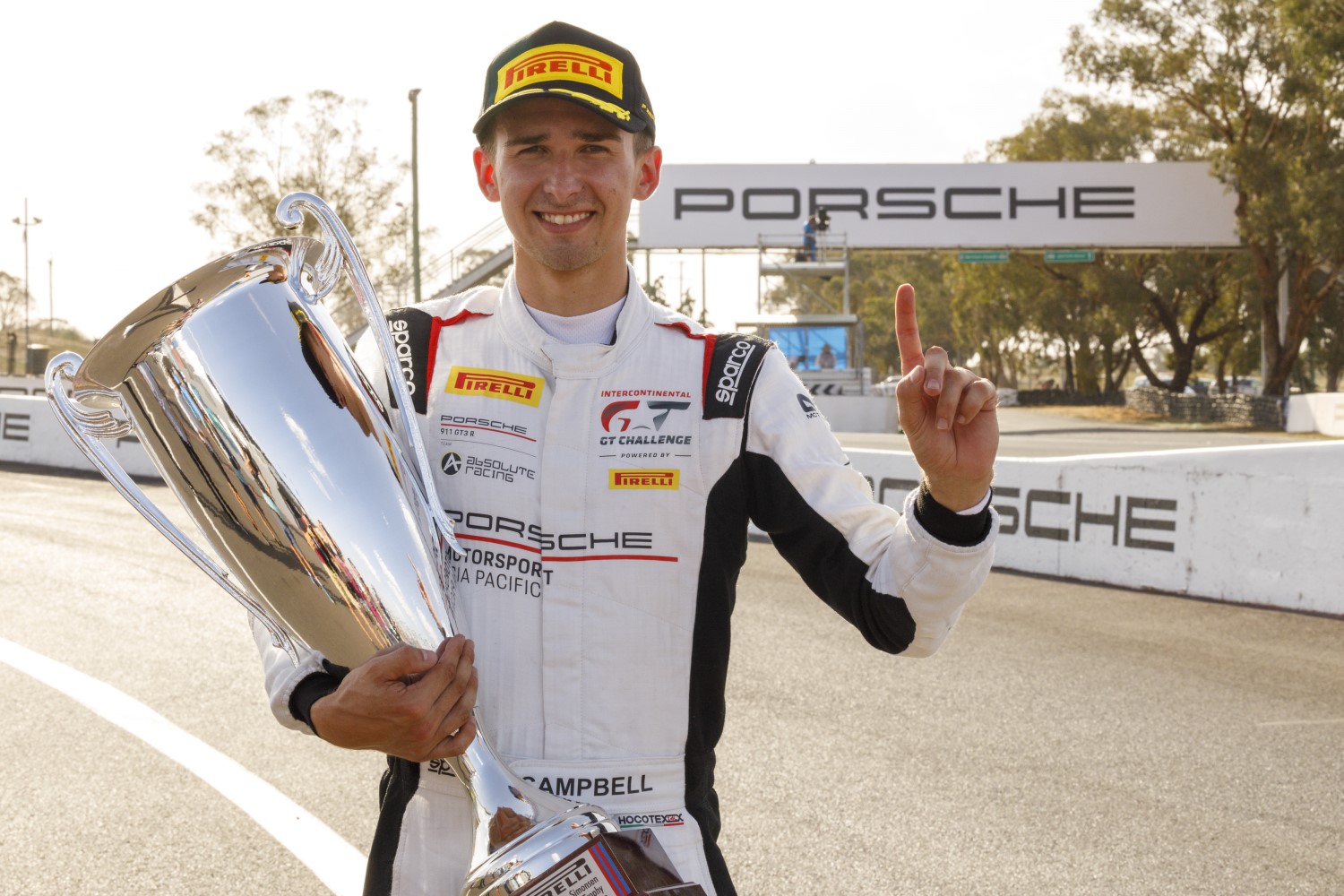 In a dramatic and often car-breaking day that saw several cars crash heavily in a series of incidents at the top of Mount Panorama, Campbell survived the carnage to qualify fastest and then convert that to pole position in the Shootout.

Running as the last of the 10 cars competing, the star of the 2019 race was 0.4 seconds ahead at the first split and 0.6 seconds up at the second en route to achieve a stunning pole position.

“I’ve been trying to go for this pole for a few years now and have always managed to stuff it up but quite happy to get it in the new generation of GT3 R on its debut here," he said.

“Hats off to the team, we weren’t quite happy with the car early in the weekend and we got a little better this morning. In qualifying we had to find the pace with the new tires and we hadn’t really got much experience on new tires yet but the speed just came straight to us," he said.

“Great way to start a weekend but in saying that, it’s irrelevant come tomorrow morning. It’s a long 12 Hours, we just need to get through Turn 1 fine and settle into a rhythm."

Campbell shares his No. 911 Porsche 911 GT3 R with Patrick Pilet and Mathieu Jaminet.

A storming lap from Portuguese driver Alvaro Parente saw his 59 Racing McLaren 720S qualify second on its Bathurst debut; the 2016 race winner combining with Ben Barnicoat and Tom Blomqvist to join the Porsche on the font row.

Third was another star performer from 2019 – the GruppeM Racing Mercedes AMG of Raffaele Marciello.

The Italian starred last season, challenging for the lead in the closing stages before ultimately finishing second.

Now in his third start Marciello, who will be joined by Maximilian Buhk and Felipe Fraga in Sunday’s 12-Hour classic, already has a pair of Bathurst podiums to his credit.

Four different brands will be represented in the top four spots on the grid thanks to the efforts of JP de Oliveria, who hauled his KCMG Nissan GTR onto the second row.

Laurens Vanthoor powered the No. 1 Meguiar’s Porsche to fifth place; the car he shares with Earl Bamber and Craig Lowndes remaining a pre-race favorite.

The top-10 will be completed by the FFF Racing Lamborghini and R-Motorsport Aston Martin, seven different brands represented in the top-10.

A day that started in an odd fashion – a Kangaroo invasion on the circuit saw the opening practice session red-flagged while the local wildlife was hurried away from the circuit – continued with high drama throughout thanks to a series of significant incidents.

The Bend Motorsport Park Mercedes AMG of Sam Shahin was crashed heavily at Brock’s Skyline, in an incident that also claimed the MARC Cars entry of young-gun Tyler Everingham. Both drivers were taken to hospital for evaluation following the incident.

Soon after the R-Motorsport Aston Martin driven by Marvin Kirchofer rolled at McPhillamy Park, following contact with the wall at the infamous Metal Grate. The German was also able to climb from his car unaided and taken to the circuit medical center for checks.

Finally, the Trofeo Motorsport Lamborghini driven by Dean Canto found itself perched on top of the wall at Skyline, having spun off the circuit and backed itself into the tire bundle. Canto, also, was able to climb from the car unaided.