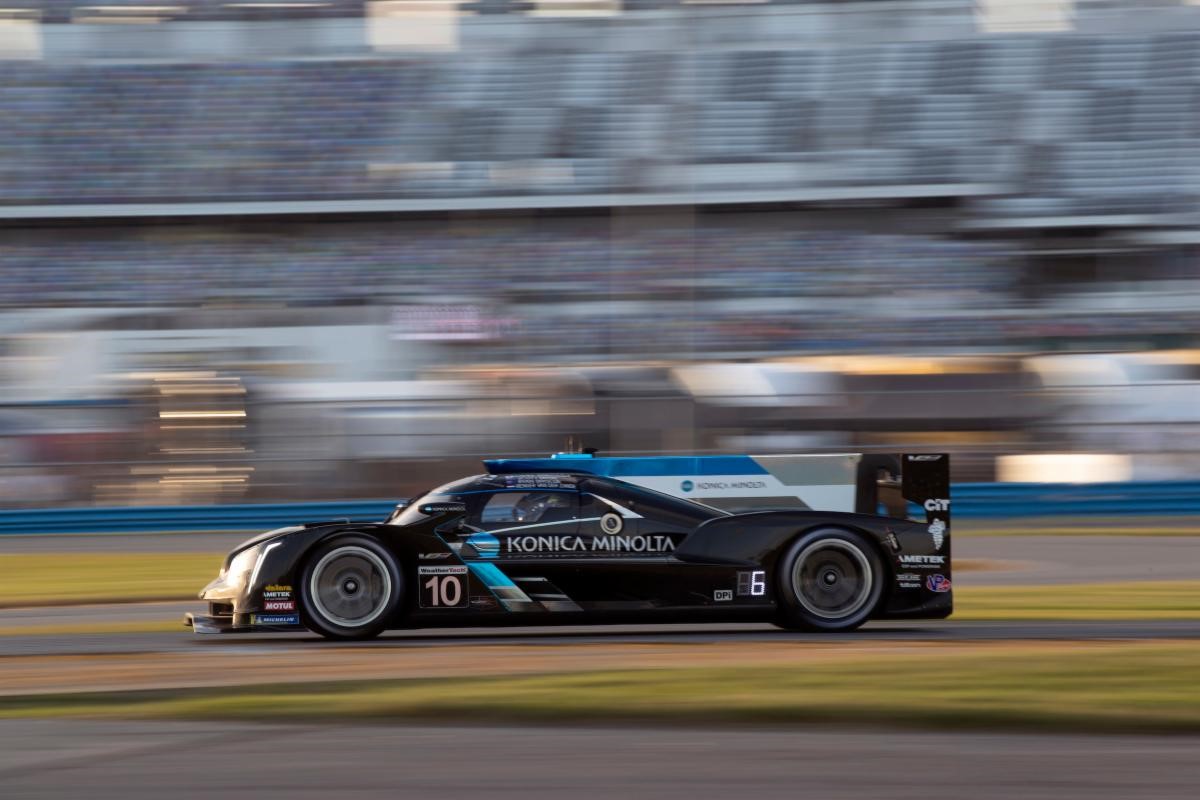 NTT INDYCAR SERIES drivers are set to compete in yet another prestigious offseason motorsports event with this week's Rolex 24 at Daytona, the top U.S. sports car road race at Daytona International Speedway.

"It shows their versatility and it shows some drivers have opened the eyes of others to switch across categories," Dixon said. "But it's tough because the level of competition these days is through the roof no matter what category you are going to."

[adinserter name="GOOGLE AD"]Dixon will drive for Wayne Taylor Racing, the Rolex 24's reigning overall champion. Dixon and Ryan Briscoe are part of the No. 10 Konica Minolta Cadillac DPi-V.R. in the event's top class (DPi). Dixon is a two-time event champion, but he is driving the faster prototypes for the first time in four years.

"It's nice to look forward and not look in the mirrors the whole time like I did with the GT cars," said Dixon, who competes for Chip Ganassi Racing in the NTT INDYCAR SERIES.

Hunter-Reay, who won an NTT INDYCAR SERIES championship in 2012 and an Indianapolis 500 in 2014, has joined the No. 55 Mazda Team Joest entry that won last year's pole. This team, along with Acura Team Penske, are among the top candidates to be the overall champion.

The top two finishers in last year's Indianapolis 500 – Pagenaud and Rossi – are part of the Acura Team Penske's entries. Rossi, who won the 500 in 2016, will drive with three-time Indianapolis 500 winner Helio Castroneves and sports car veteran Ricky Taylor in the No. 7 Acura DPi. Pagenaud, the 500 winner and 2016 series champion, will team with two-time 500 winner Juan Pablo Montoya and Dane Cameron, a three-time IMSA champion, in the team's No. 6.

"All the drivers in the world want to be here," Pagenaud said. "We have a fantastic team here at Team Penske, and I certainly want to add this to the trophy list. That would be fantastic."

Team Penske last was the overall champion of Daytona's 24-hour race in 1969.

Said Rossi: "Obviously, for Simon and I this isn't our full-time job but at the same time there's a lot of preparation and commitment that goes into these (endurance) rounds and we have an obligation to the team and the manufacturer to represent them and get results. We have a big target this year to go out and finally get a Rolex 24 win."

Four-time Indy car champion Sebastien Bourdais has joined Mustang Sampling Racing/JDC-Miller MotorSports and will co-drive the No. 5 Cadillac DPi. Matheus Leist, who drove for AJ Foyt Racing last season, will be in the team's other Cadillac, No. 85 which includes former NTT INDYCAR SERIES driver Tristan Vautier.

The Rolex 24 has 38 entries among four classes. Ben Hanley, who is confirmed to drive for DragonSpeed in the NTT INDYCAR SERIES season-opening Firestone Grand Prix of St. Petersburg on Sunday, March 15, will co-drive the team's LMP2 No. 81 Oreca 07.

Herta, a two-race NTT INDYCAR SERIES winner as a rookie and a Rolex 24 class champion last year, is a co-driver of the BMW Team RLL No. 25 entry, a BMW M8 GTE co-owned by Bobby Rahal, in the GT Le Mans class (GTLM).

The GT Daytona class (GTD) has the largest field with 18 cars. Townsend Bell, a broadcaster of NTT INDYCAR SERIES races on NBC, will co-drive the No. 12 Lexus RC-F GT3 entered by AIM Vasser Sullivan, which is owned by 1996 Indy car champion Jimmy Vasser and James "Sulli" Sullivan. Reigning NASCAR Cup champion Kyle Busch will make his Rolex 24 debut driving the team's No. 14 car.

Meyer Shank Racing with Curb-Agajanian is competing in the Rolex 24 for the 17th year. The event's overall winner in 2012 with AJ Allmendinger and Justin Wilson driving has won three poles and scored four podiums over the years. This year, MSR is fielding the Nos. 57 and 86 Acura NSX GT3s in the GTD class.

The willingness to try an event as competitive as the Chili Bowl drew props from four-time NASCAR Cup champion Jeff Gordon, whose racing career started on the dirt. Gordon knew how limited the dirt-track experience was for Daly, Ferrucci and Davison.

Daly had competed in one other Chili Bowl; Ferrucci and Davison had never raced on dirt.

"While I don't recommend this approach to anyone, I have a lot of respect for those that attempt it," Gordon tweeted. "(The Chili Bowl) is no joke!"

"I've watched many races and I can see what you need to do, but to actually do it yourself is the challenging part," Davison said of dirt-track racing against such a loaded field. "It's a lot harder to do than it looks like from the outside.

"There's no substitute for experience, right? Experience brings confidence to start going faster and slide (the car) more. I'm not quite there yet."

Ferrucci said the experience could lead him to seek a ride in the Driven2SaveLives BC39 powered by NOS Energy Drink, the dirt midget race at Indianapolis Motor Speedway on July 1-2.

"(This) was a cool experience and if I had done some testing it could have been really good," he said.

"Besides the racing they have all been great ambassadors of @INDYCAR (and) @IMS engaging with fans and teams," Tim Clauson tweeted. "It's this stuff that brings us all as racers together."

The NTT INDYCAR SERIES will stage its first open test of the year February 11-12 at Circuit of The Americas in Austin, Texas. The first of 17 races is the Firestone Grand Prix of St. Petersburg (March 13-15).