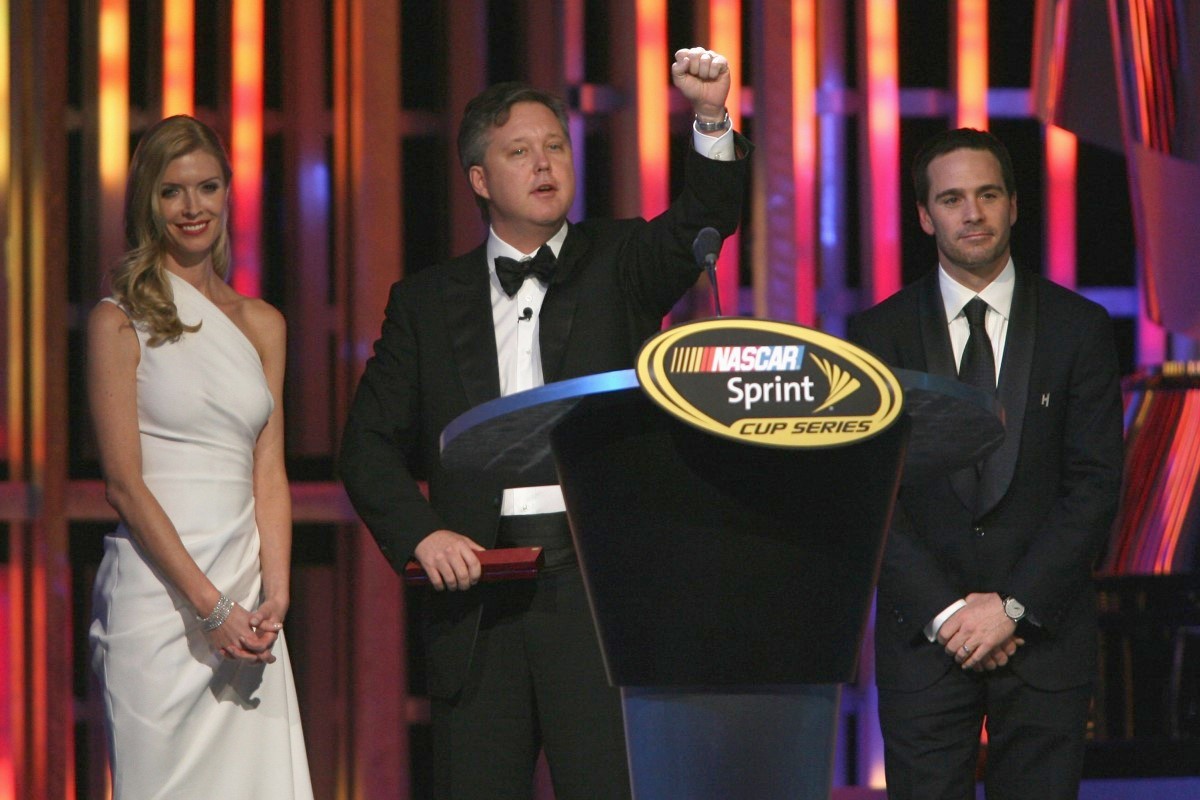 The first Champion’s Week in Las Vegas culminated with the annual NASCAR Sprint Cup Series Awards Ceremony Friday evening at the Wynn Las Vegas. The week was a packed one for four-time defending champion Jimmie Johnson (No. 48 Lowe’s Chevrolet), who started off the tour in his home state of California before coming to Las Vegas for the festivities that began with Wednesday’s landmark photo shoot.

Despite the numerous appointments, Johnson said he enjoyed them all, and said this Champion’s Week was completely different than his previous three that took place in New York City.

“I think it was much more relaxed," Johnson said. “We didn’t have to commute across town, getting around was much easier. I had a blast. Everyone across the industry just had fun together. We were hanging out with people from different teams across the sport every night. It was a lot of fun. This has been a much better experience."

Johnson said his trip home to El Cajon, Calif., on Monday was his favorite part of the week. He visited his old elementary school, and the Jimmie Johnson Foundation donated a total of $922,000 in grants to schools in California, North Carolina and Oklahoma.

“Being at my elementary school [Crest Elementary] and giving out the grants was the best part," Johnson said. “There are a lot of things on its heels as second-favorite, but that was the best."

Crew chief Chad Knaus echoed his driver’s feelings on the week, and expects it to be even better in the future.

“Honestly, it’s been a lot of fun," Knaus said. “Everything has been such a good time. And the more times we’re here, the more it’s going to grow."

“In New York, you had more of the Christmas feeling because of the tree and the cold weather," Hendrick said. “But there’s so much more room to do things here. And the guys on the team are excited to be more a part of the celebration."

This is Hendrick’s ninth championship, meaning he’s been a part of nine Champion’s Weeks. It doesn’t get boring, he says.

“You know what to expect, but it never gets old," Hendrick said. “The reality of the championship always hits me the morning of the banquet. It finally sinks in. When that happens, you realize it’s so special. When I was young, I just wanted to go to Martinsville. I never dreamed I’d win races and championships. It’s like growing up in Green Bay, and then winning the Super Bowl with the Packers. That’s exactly how I feel. I’m very appreciative for everything I have."