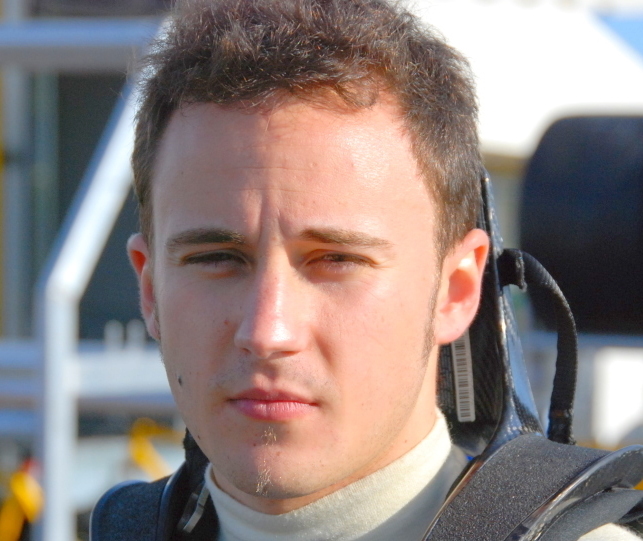 UPDATE #7 We now hear that Perera may indeed get the $2M prize that Matos turned down.

01/28/08 Despite optimism that he would be able to reveal which team he would contest the forthcoming Champ Car World Series campaign with before this weekend's Sebring group test, Franck Perera has decided to postpone an announcement.

Although he has been closely linked to both Forsythe Pettit Racing – with which he tested late last year – and Conquest Racing, the Frenchman has not been able to ink a deal for 2008, a situation not helped by recent upheaval within Champ Car itself and confirmation that he would not be in line to 'inherit' the $2m graduation prize eschewed by Rafael Matos, the man who beat him to last year's Champ Car Atlantic title [Editor's Note: The right thing would have been for Champ Car to have given the $2M prize to Perera, or at least half of it.].

"Champ Car has informed all the teams and Franck's management, CJMotorsport, that it will not be passing along the prize money to Franck," Crash.net was told, "However, despite knowing this, three teams still made offers to Franck last week, including Walker, Conquest and Forsythe again.

"Walker seems to be unable to get Craig Gore's sponsorship of the team next season, and Forsythe seems to be unable to commit immediately, so Conquest seems to have the clear advantage. Franck seems closest to finalizing a deal with them, which should be announced this week, but, obviously, with the drama and upsets at Champ Car in the last two weeks, things have yet again been postponed as the teams themselves struggle with the changes and future of Champ Car.

"In spite of that, however, Franck's management promises the fans that Franck will be testing in Sebring." Crash.net

01/26/08 We hear that Perera is going to probably drive for Conquest Racing and not Forsythe/Pettit Racing in 2008 and is indeed moving up to the Champ Cars.

01/21/08 We hear there could be an announcement regarding Perera's move up to Champ Car this week.

12/28/07 "I want to thank all the fans for voting for me as the SPEEDTV.com Minor League Rookie of the Year. I really enjoyed racing in America this year." said Franck Perera, "I want to be in Champ Car next year for sure. We had a pre-agreement before Christmas with a CC team but my management CJMotorsport asked for the contract back so we could be free to do a deal with other teams who are ready to commit now. I hope to announce my new Team the first week of January."

His comments appear to indicate that Forsythe Pettit Racing are not ready to commit so early and hence he has landed with another team.

11/29/07 This rumor is upgraded to 'very strong' with today's announcement.

11/29/07 Forsythe/Pettit Racing is wasting little time in testing prospective drivers for 2008. Frenchman Franck Perera will test a Champ Car for the newly minted team this week in Houston. Perera finished runner-up to Raphael Matos in the 2007 Atlantic series.

Perera's manager says they've been approached by IRL and GP2 teams but that his clients goal is to race in Champ Car. He adds that if they don't land a full time Champ Car ride, Perera has an option to race with Forsythe's Atlantic team next season.

Autosport.com indicates that Team Australia's Simon Pagenaud and Matos are also on the short list of drivers being considered for Forsythe/Pettit.

07/28/07 We spoke to Champ Car Atlantic standout Franck Perera today in San Jose after he qualified 2nd in San Jose and asked him what his options are for 2008 if he is not able to overtake points leader Raphael Matos and win the $2M prize to move up to Champ Car.

"I would like to move up to Champ Car next year," said Perera. "That is where I want to be. I wanted to be there this year but we couldn't make it happen. However, if we cannot find a way to move up in '08 we will probably be back here [Atlantics] next year [to try and win the $2M].