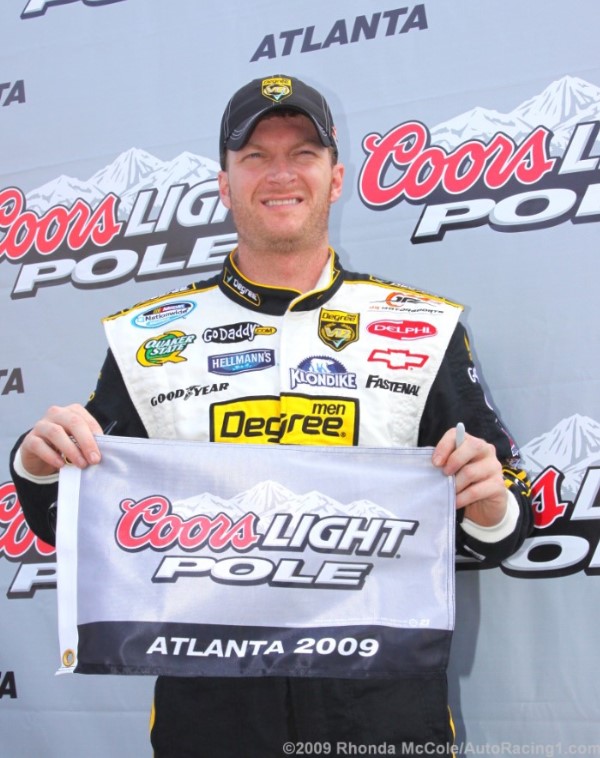 In only his seventh Nationwide Series start of the season, Earnhardt clicked off a lap of 174.121 mph in the no. 5 Chevrolet sponsored by the races' title sponsor, beating out Kevin Harvick for his tenth career series pole and his first since August of 2004.