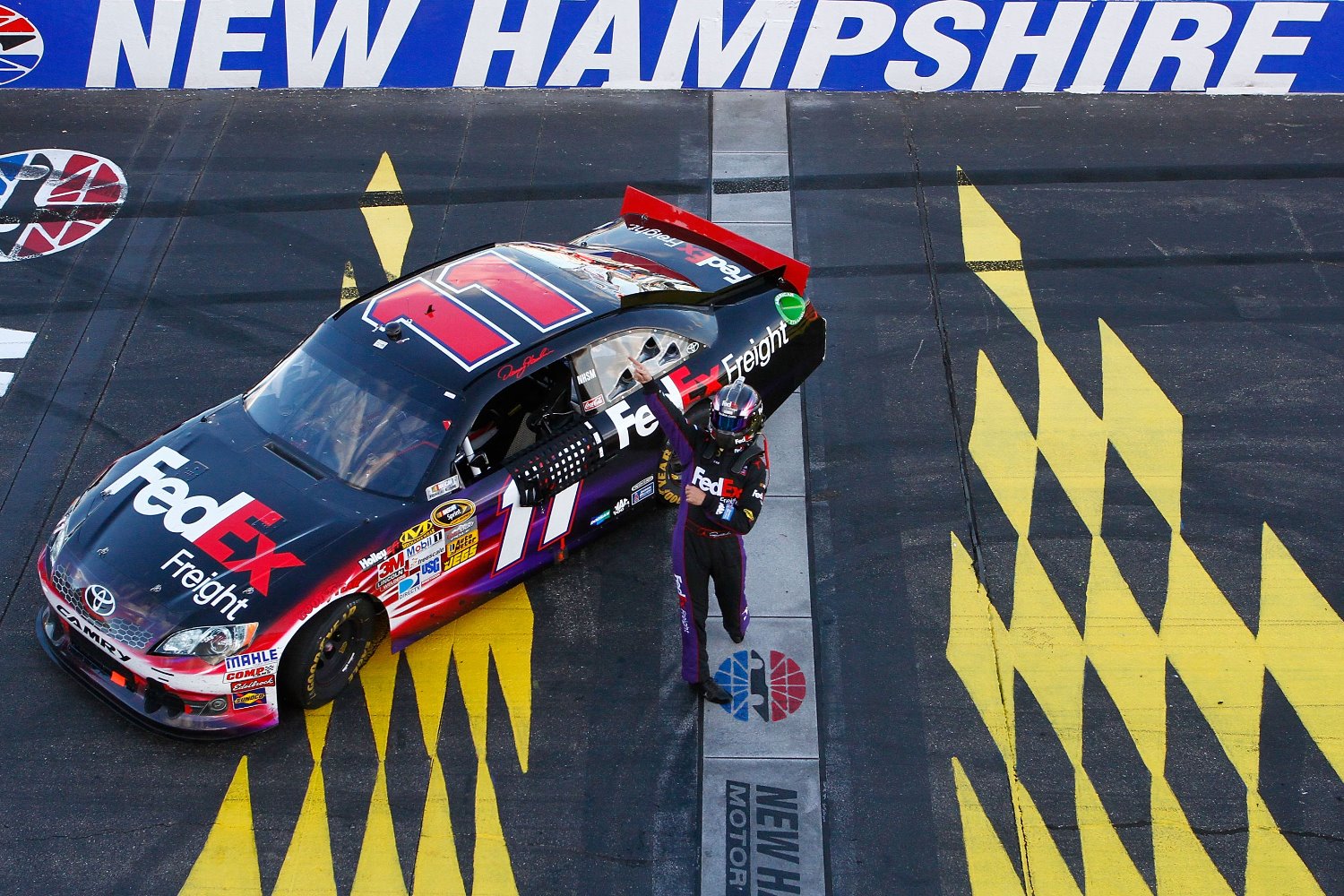 Denny Hamlin made it plain earlier in the week that he was going to win the Sylvania 300 in Loudon. He did just that in the end, dominating the field in a big way for a Cup-high fifth win.

Denny Hamlin called his shot — and he gave the rest of the field a handicap.

After running out of fuel in the first Chase for the Sprint Cup race last Sunday at Chicagoland, Hamlin promised via his Twitter feed that he would win Sunday's Sylvania 300 at New Hampshire Motor Speedway.

It was no contest. Though he started deep in the field, Hamlin drove his vastly superior car to a 2.675-second victory over runner-up Jimmie Johnson. The victory was Hamlin's fifth of the season and the 22nd of his Cup career.

Hamlin started 32nd because of a mistake with tire pressures during Friday's time trials, but before the race had reached Lap 100, the driver of the No. 11 Toyota had the lead. Hamlin passed Joe Gibbs Racing teammate Kyle Busch on Lap 94 and proceeded to dust the field the rest of the way.

Hamlin held a lead of more than 7 seconds over Johnson when NASCAR called the third debris caution of the race, and fourth overall, on Lap 272. The yellow bunched the field, but it didn't matter, as Hamlin sped away after a restart on Lap 278 and easily held off Johnson, who finished second for the second consecutive race and took the Chase lead by one point over Keselowski.