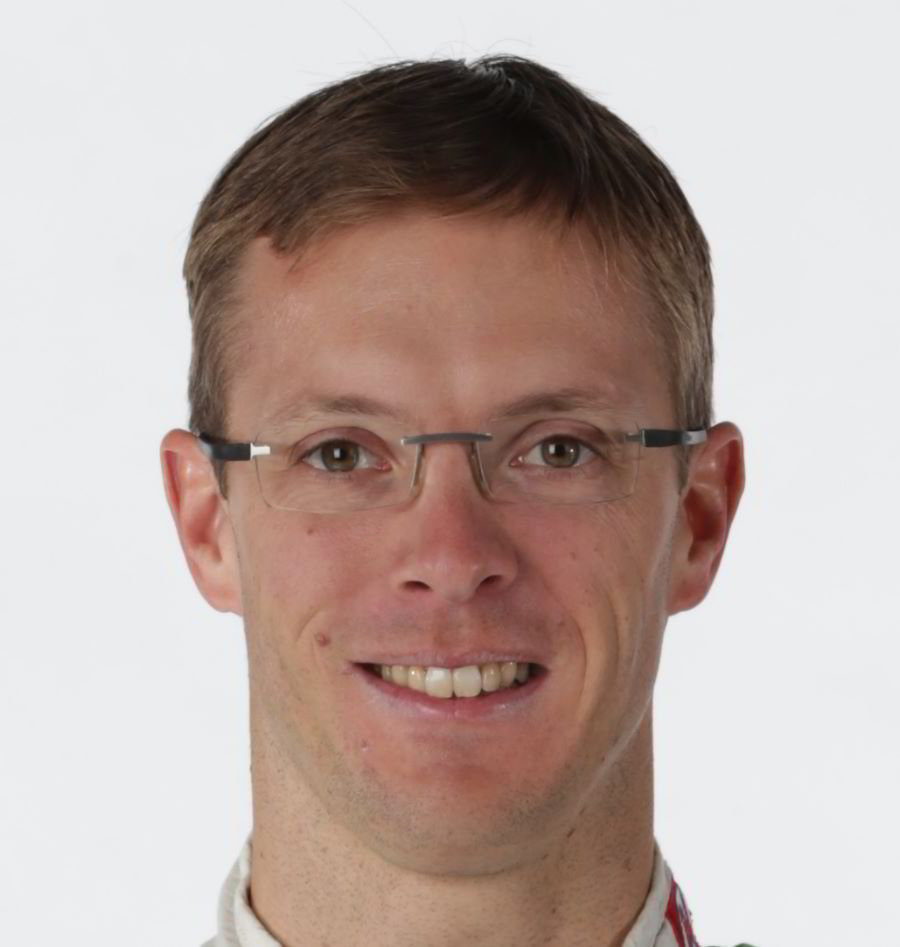 UPDATE #2 Could Kurt Busch make another run at the Indianapolis 500/Coca-Cola 600 double? It sure sounds like he's interested.

After Busch won the pole for Sunday's Kobalt 400 at Las Vegas Motor Speedway, FOXSports.com asked Busch if he had any update on his hopes to find an Indy 500 ride this year.

"Nothing new on Indy. Part of the reason for staying here in Vegas extra is a few different meetings have popped up," said Busch. "We are going to go through some of the meetings, even bumped into (Verizon IndyCar Series team owner) Sam Schmidt today. There is definitely the interest, the intrigue, but nothing to announce right now."

This year will mark the 100th running of the Indy 500, which would make competing in the race even more attractive than usual.

Two years ago, Busch finished sixth and claimed Indy 500 Rookie of the Year honors driving for Andretti Autosport. It was Busch's first open-wheel race and his performance drew raves from IndyCar veterans.

Unfortunately for Busch, later that night he lost an engine in the Coca-Cola 600 and was not able to complete the full distance in the double then.

But he might be in a position to take another run at it this year.

But after the checkered flag was waved, ending the high speed chitchat on the dais Wednesday afternoon, Kurt Busch suggested a small part of NASCAR – him – might be going Midwest (again) on Memorial Day weekend.

At this juncture it still is a mighty big if.

Busch, the 2004 Sprint Cup champion from Las Vegas, indicated he would love to return to Indianapolis Motor Speedway to compete in the 100th running of the Indy 500 on May 29, then race in NASCAR's Coca-Cola 600 that same evening.

It's called the auto racing double, and Busch is one of four drivers to have attempted it. Driving for Michael Andretti, he finished sixth in the 2014 Indianapolis 500 en route to earning Rookie of the Year honors in his maiden IndyCar race.

The 500-mile classic was supposed to be the difficult part of the double for the 37-year-old NASCAR veteran. But he dropped out midrace at Charlotte with a blown engine and thus completed only 906 of the day's scheduled 1,100 miles.

John Andretti, Robby Gordon and Tony Stewart, Busch's current co-car owner in NASCAR, are the only other drivers to have attempted the exhausting Indy-Charlotte double.

Stewart, who has announced he will retire from NASCAR after the 2016 season, is the only driver to have completed all 1,100 miles on the same day. (Several drivers crossed over during the 1960s and early 1970s when the two races were on back-to-back days.)

In 2001, Stewart, who has won three NASCAR championships and one in the IndyCar series, finished sixth in the Indianapolis 500 and third in the Coca-Cola 600.

Busch said as much as he would like to be a small part of the 100th Indy 500, those thoughts and discussions still are in preliminary stages.

"It's amazing," he said from the outdoor parking deck of the Petersen Automotive Museum in the shadow of the iconic Hollywood sign in the Hollywood Hills. "I think it was (another) writer who wanted to make a story of it during media week and (the speculation) is just because I didn't say no.

"It is out there. It is a possibility. The likelihood of it happening, though, is a small percentage.

Busch said he wants to set aside thoughts of redoing the double, especially with the season-opening Daytona 500 looming large on Feb. 21.

He spoke as if the Indy 500 was on his radar, just not on his immediate radar.

"By running well and finishing well, it did two things," Busch said of his 2014 IndyCar experience. "It told my mind you've accomplished something pretty special, and that should be it.

And the second thing? "We got all that done; now, let's capitalize. It's like going to college, and now three years into it, let's go finish this; let's go give it our best effort, give it another run."

"That's why I'm still undecided," Busch said. "I think (running in) the 100th-year anniversary would be special for everybody that participates. But at the same time, it's very difficult to focus on both cars."

Busch said it might be April before he decides whether to pursue another auto racing double.

"We have our NASCAR Goes West campaign," he said. "During that run, I'm going to be road-tripping between those three racetracks. So it's gonna be fun to drive from Vegas, go through Hoover Dam, go through Wickenburg and Wikieup on my way to Phoenix, so I'll have extra time in the car. Same thing in Phoenix on the way out to LA."

He said extra time in the car would give him an opportunity to work on the logistics of doing the double, which are considerable.

"So I think that's when we need to make a decision," he said. Ron Kantowski/Las Vegas Review-Journal

Each spring, the question lingers in both the NASCAR Sprint Cup Series and IndyCar Series garages: Who, if any, will attempt the double?

The double, of course, refers to the two-races-in-one-day spectacle that sees a driver run the Indianapolis 500 at Indianapolis Motor Speedway Indianapolis, Ind., followed by the Coca-Cola 600 at Charlotte Motor Speedway in Charlotte, N.C., later that night. It’s a grueling feat — over 1,000 miles, given both races are run to or near completion — and one that has been attempted by a mere select few in auto racing over the years.

Kurt Busch is one of the few, the proud, the potentially exhausted. Running the Indianapolis 500 in 2014, Busch pulled double duty, competing in the Coke 600 later in the day. He finished sixth in the Indianapolis 500, picking up the Rookie of the Year honor for that year’s event.

Though he did not participate in the 2015 Indy 500, Busch hasn’t necessarily ruled out the possibility of returning to the Yard of Bricks in something other than a stock car.

“It’s still on the burner, and it isn’t burning as hot as it was in 2014," Busch tells Frontstretch. “I committed to going and doing it. But this year, it’s the 100th anniversary and there is extra hype around it. There are plenty of sponsorship opportunities that I think work for it, whether it is Haas Automation in the open-wheel world, Monster Energy from my side of things and Chevrolet, the manufacturer that wants to go in there and take one of their guys and cross-promote with it.

“Right now, the focus is on the stock car, the team and the No. 41 car and getting us locked into the Chase early in the season."

Busch ran the 2014 Indianapolis 500 with Andretti Autosport. However, due to his strengthened relationship with Chevrolet, he says that he would not race for a non-Chevrolet team if he were to drive the 500.

But Busch isn’t the only name linked with a possible double-duty run. A certain young gun in NASCAR who has won in virtually everything he’s ever raced could conceivably have his sights set on Brickyard glory as well: Kyle Larson.

Since 2014, Larson has two starts in the Weathertech Sportscar Championship, including a victory in the Rolex 24 at Daytona. With an entry with Ganassi for the 2016 running of the event, Larson hopes to repeat as champion.

So what can possibly be next on his hit list? Why not the world’s biggest race, the Indianapolis 500?

As it turns out, Larson just may have sparked the whole question himself with a tweet from December of last year.

Though the tweet sparked excitement among racing nation – even car owner Chip Ganassi later replied, “Let’s throw in Monaco, Le Mans and the US Nationals in one season!" – Larson is staying realistic on his chances of making the whole month of May come to fruition.

“I’m willing to but it just really comes down to if it would all just work out," Larson says. “Someday, I’d definitely like to run the Indy 500. I don’t know if it’s in the near future but I’m still young and that race isn’t going anywhere so maybe some time before I die I can run the Indy 500."

Lacking IndyCar experience himself, Larson says he wouldn’t be shy reaching out to anybody who assist him in the transition, including Danica Patrick, who competed in seven Indy 500s from 2005-2011.

“I’m sure Danica has mentioned it," Larson says. “I know [IndyCar driver and Sportscar teammate] Tony Kanaan has talked about starting deep in the field there. I’m sure if I got the opportunity to race, I would do as much talking with everybody that I knew I could."

For Patrick, who drove to a best finish of third in the 2009 running of the race, she believes the key to Indy success is fairly simple.

“Having a good car is important," Patrick says. “You can muscle a car around Indy, so I think that is one of the things that’s very important on that day. Then just keeping a level head, keeping your head in it. It’s a long day and lots can happen."

One factor that possibly has limited the amount of non-IndyCar interest from drivers is the date of the event. Traditionally on Memorial Day weekend, NASCAR holds their longest event of the Coca-Cola 600 on the same day while Formula 1 stars are racing earlier in the day in the Monaco Grand Prix.

Despite the difficulty and rarity of attempts in running both the 500 and 600, Larson is used to running multiple races in one day, becoming only the second driver to win the 4-Crown Nationals in 2011.

“It’s a once-in-a-lifetime thing so I’d love to do it." Zach Catanzareti & Joseph Wolkin/Frontstretch