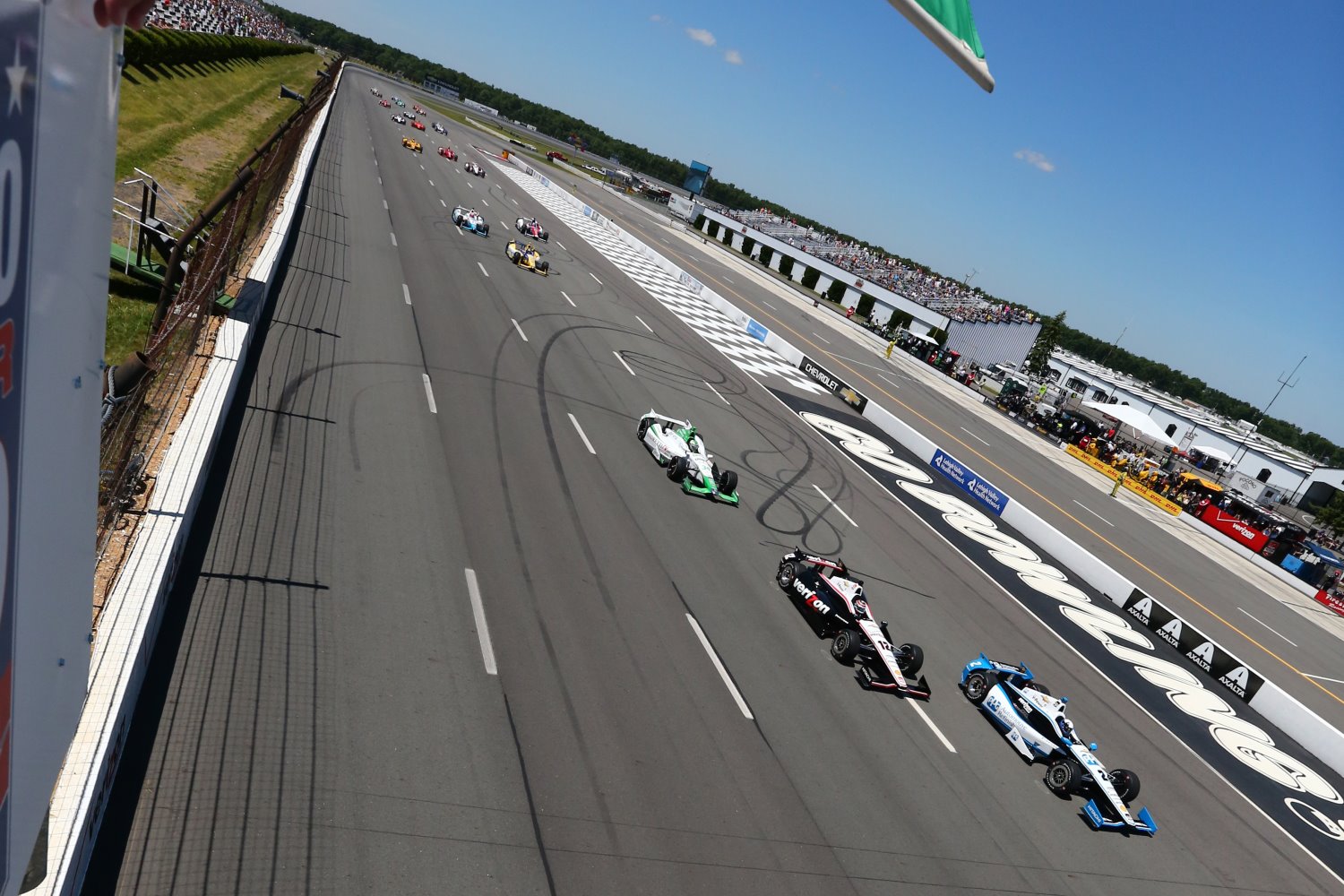 Word is that NASCAR will force Pocono Raceway to extend its pit wall from its current starting position down toward the third and final turn to try to avoid pit road accidents such as the ones that occurred Saturday and Sunday, when cars hit the wall that separates the pit stalls from the crews. The entry to pit lane is perhaps wider than any track on the schedule.

"We already have got a plan in place to look at extending that pit wall. We certainly have got to make sure that by doing that you put the proper protection for the race cars and the drivers coming off of [the turn]."

"It's easy to say just extend the wall, but if you do that and do that at the wrong angle, you can cause more problems with cars coming off [the turn] at a high rate of speed," O'Donnell said.

Will it make it more dangerous for the IndyCars? Probably, but the track likely loses money on the IndyCar race so it could be terminated.