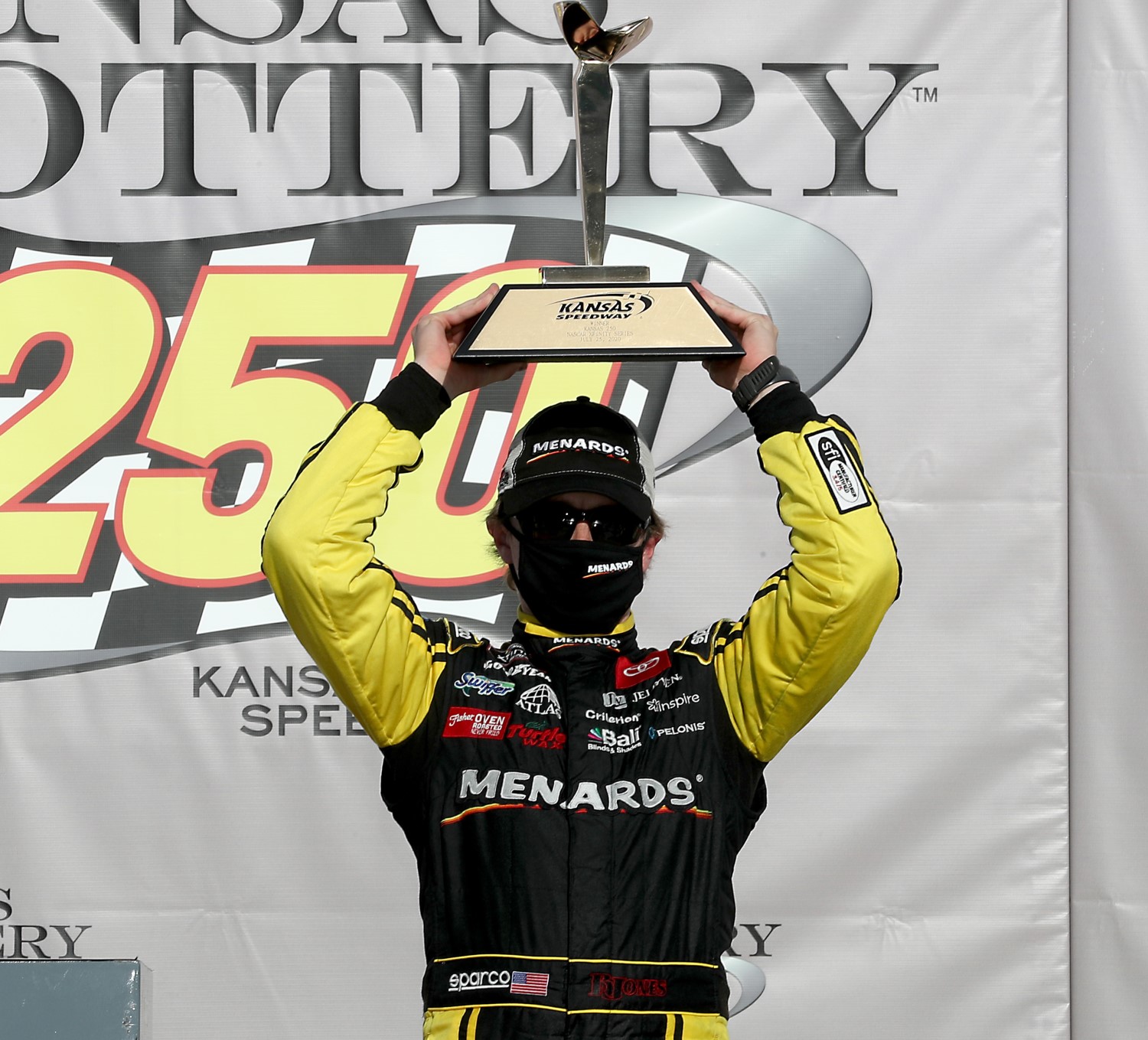 The driver of the No. 19 Joe Gibbs Racing Toyota passed and held off a dominant Austin Cindric to win the Kansas Lottery 250. Cindric ultimately finished second by .405 seconds in his No. 22 Team Penske Ford despite leading a race-high 131 of the 175 laps. Jones led twice for 10 total laps.

Cindric was unable to win his fourth straight Xfinity race after scoring wins in both races at Kentucky Speedway and a race in last weekend’s event at Texas Motor Speedway.

Sieg actually took off from the front spot on the final restart — the second in overtime — alongside Cindric. As the white flag waved, Cindric was leading the pack, but Jones had a surge to push him ahead and cross ahead of his competition.

Cindric did win both stages, though, as Stage 1 ended on Lap 40 and Stage 2 concluded on Lap 80.