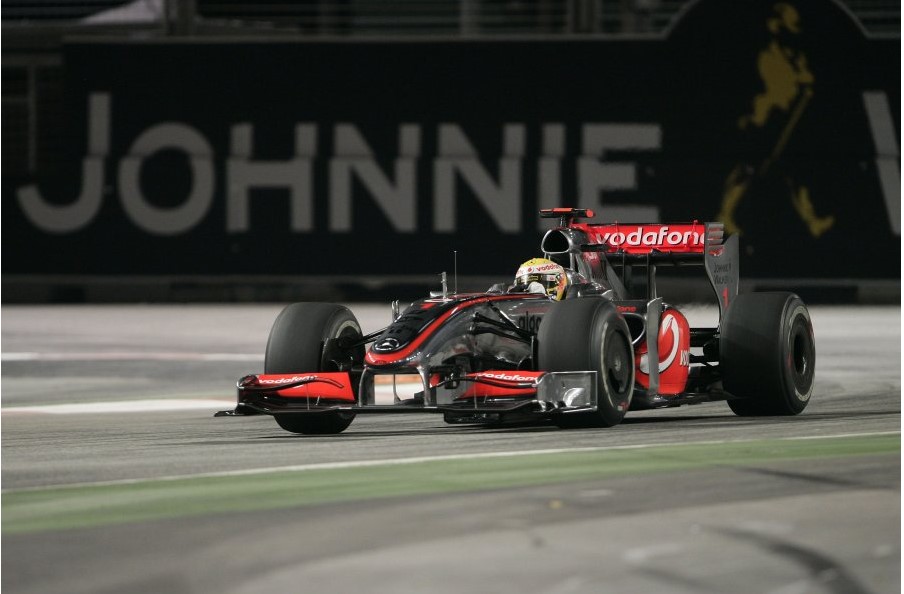 Lewis Hamilton won his third pole position of the season in Singapore Saturday night, after a crash by Rubens Barrichello brought the qualifying session to an early end with a red flag.

Sebastian Vettel will join Hamilton on the front row while his Brawn title rivals struggled.

Jenson Button had no explanation after yet another disappointing twist put a dent in his world championship challenge.

The Brawn driver and championship leader, sweating in the Singapore heat, missed the top ten cut in qualifying for Sunday's grand prix, and afterwards told British television: "It's disappointing. That's all there is to say, really."

However, the sting was taken out of his performance by the misfortunes of his teammate and most likely championship challenger, Rubens Barrichello.

The Brazilian veteran started the night session knowing that he would need to take a five-place grid penalty for a gearbox change, and then crashed during the Q3 segment whilst fifth quickest.

With the penalty, he will line up tenth in a repaired car on Sunday.