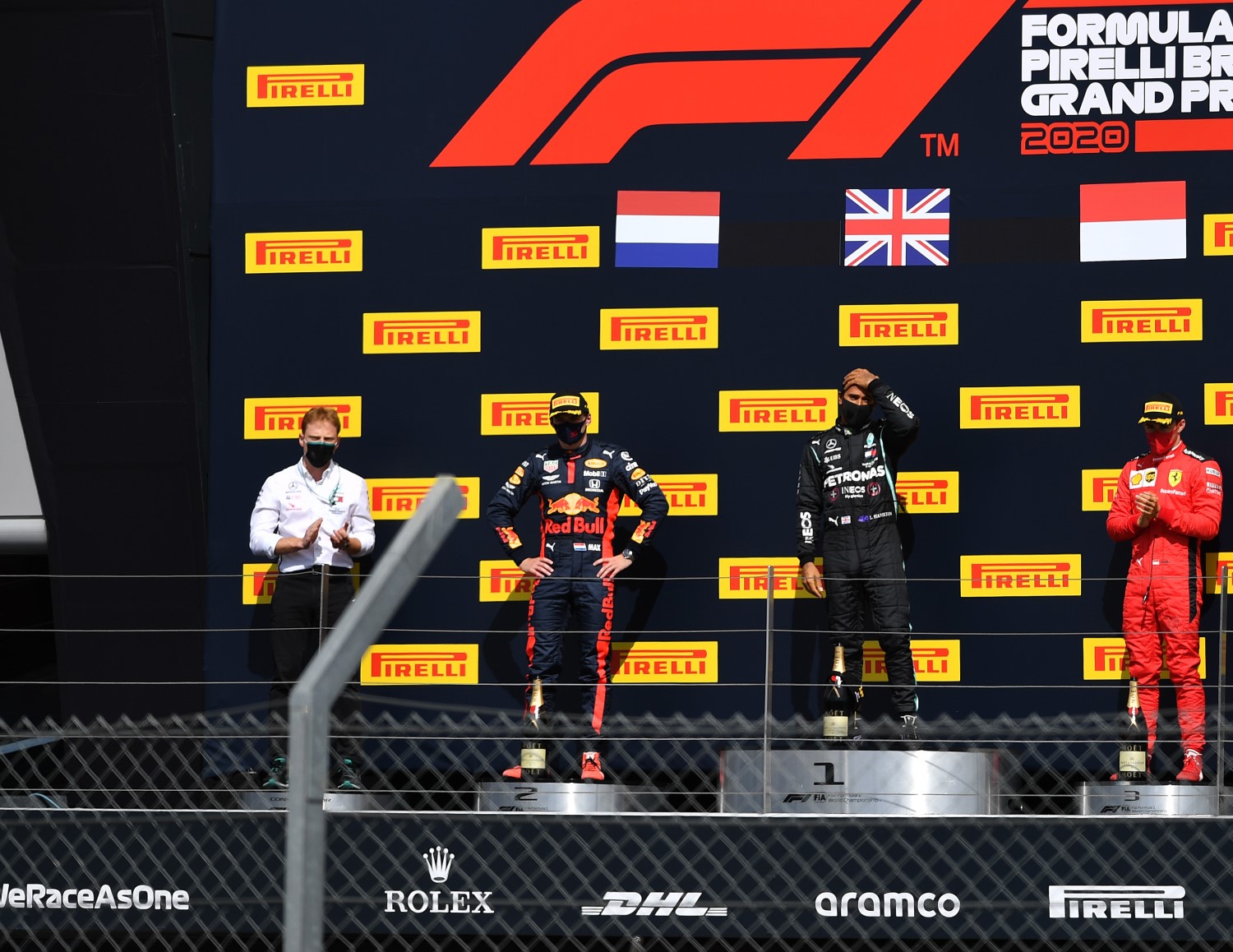 After the former Ferrari driver's death in 1987, Didier Pironi's partner gave birth to twins and named one of them after the driver's former teammate Gilles Villeneuve.

Today, Gilles Pironi is an engineer who works for Mercedes' works team. He accepted the constructors' trophy after Lewis Hamilton's win last Sunday.

"For me it was a great privilege," Gilles Pironi told La Gazzetta dello Sport.

"But it was also a surprise to be on the podium. There are more than a thousand of us in the racing department and only a few get an experience like that.

"I don't feel special, I only represented my colleagues."

Curiously, while Gilles is named after the F1 legend, Didier and Villeneuve actually quarreled famously over an incident at Imola just two weeks before Gilles was killed at Zolder in 1982.

"I think dad would have liked to clarify with Gilles, but unfortunately there was no time," Gilles Pironi said.

"My brother and I have always loved racing, and we competed in karts, but my mother and grandmother were not enthusiastic.

"We studied instead and I think it was the right decision.

"As a racing enthusiast I naturally love Ferrari, but the atmosphere here is good, and I am in the best team in the world. I think my father would have raced for this team if he could have," Pironi concluded.