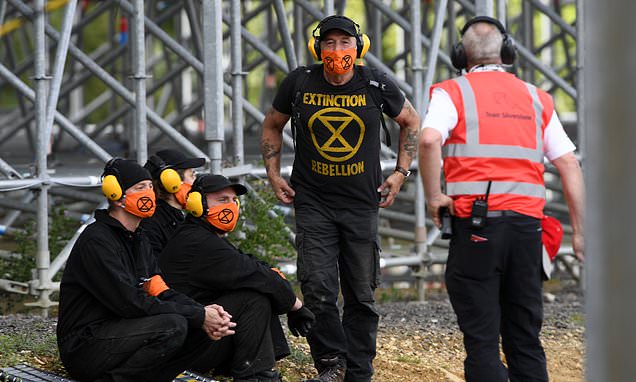 (GMM) Climate change protesters broke into the Silverstone circuit prior to the start of Sunday's British GP.

They unfurled an "Act Now" banner over the regular trackside advertising, highlighting a potential problem with the sport's security amid the corona crisis.

According to reports, the four 'Extinction Rebellion' protesters were dressed as marshals and were ultimately arrested by police, who confirmed that the protesters were found "inside the venue perimeter".

"We found out about this before the formation lap when marshals reported it to race control," said race director Michael Masi.

"We immediately contacted the security service and looked for other areas where people may have come in."

Another issue during Sunday's race was the time it took for Daniil Kvyat's crashed car to be removed from the circuit.

British commentator Martin Brundle said during the broadcast that it might be because of a shortage of marshals.

"No," Masi insisted. "It was more about the condition of Daniil's car, which made it difficult to remove.

"I do not think the current restrictions have affected the efficiency of the marshals' work."