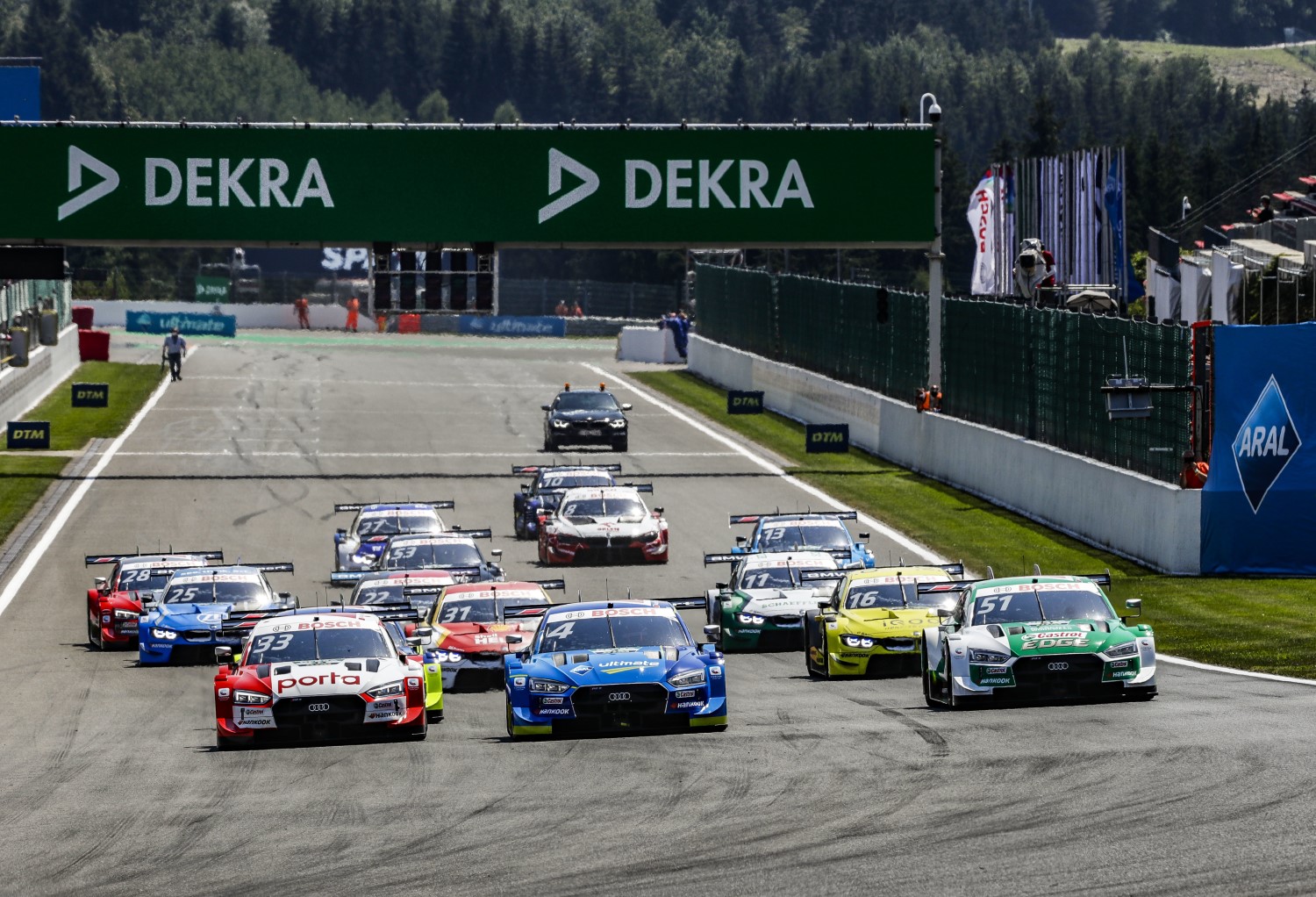 On the Swiss national day, Nico Muller wins the DTM season opener at Spa-Francorchamps. With a spirited drive in the opening stages and clever management in the second half of the race, the Audi driver secured an emotional victory. Muller, who concluded the 2019 season as runner-up in the drivers’ standings, also took the early points’ lead as a result. Defending champion Rene Rast (GER, Audi) finished in fifth place by virtue of a two-stop strategy, having staged an entertaining duel with Muller through the legendary section of ‘Eau Rouge’ and ‘Raidillon’ in the opening stages of the race.

Two drivers from the Audi ranks rounded out the podium after great recovery drives: Jamie Green (GBR) moved up from eleventh place on the grid to finish second after demoting Loic Duval to third in a thrilling battle. Duval had started the first race of the DTM season from the fourth row on the grid.

Eng and Auer – Austrian duo end up as best-placed BMW drivers
Philipp Eng and DTM-returnee Lucas Auer flew the flag for BMW in the opening race of the season. The two Austrians finished in sixth and seventh place respectively in the race at Spa-Francorchamps. Timo Glock (GER) came eight. From BMW’s perspective, the debut of Robert Kubica (POL) also caught a lot of attention. Having had previous success in Formula 1 and the World Rally Championship, the Pole now joined the ranks of the DTM to embark on a career in touring cars and finished 14th in his maiden race.

“Right at the beginning of the race, there was a thrilling situation with Rene Rast at Eau Rouge, something I hadn’t really planned for, but thankfully, he left me enough room. I managed to keep the tires alive for the first stint. The second stint was very difficult for me, I was pretty much on my own. Hats off to the boys, the car was fantastic, preparation was just mega! It is always emotional to win a race, especially on the first of August, which is the national day in Switzerland."
Nico Muller, Audi, winner

“My start wasn’t really good, I almost stalled. Then it was a matter of picking my way to make up places. This was one of my more enjoyable races in the DTM. My car was a pleasure to drive, it was great fun. Usually, it helps to get some points early on in the season. I haven’t sat in a race car since October, so it is a relief to be back where I think I should be."
Jamie Green, Audi, 2nd place

“The race was pretty good. I struggled with the clutch at the start and then had to make my way back to the front. When others started to fight, I was able to overtake and to make up places. After the stop, I tried to manage my tires and wait for others to become involved in battles, which some did, like Mike Rockenfeller, Rene Rast and Robin Frijns. In the closing stages, I was struggling myself which enabled Jamie to overtake me. Third place is a good result, also for the team."
Loic Duval, Audi, third place