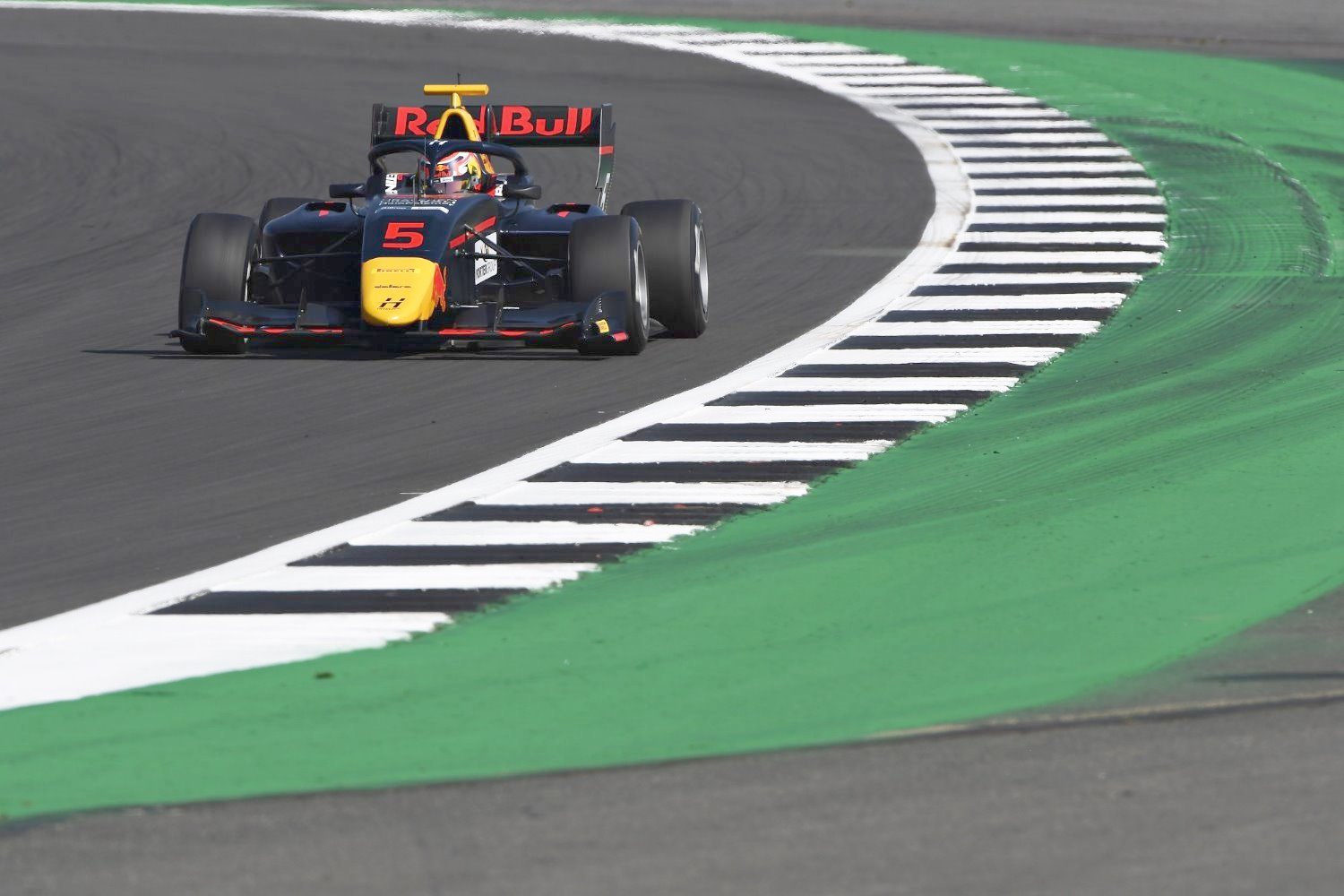 Liam Lawson continued Hitech Grand Prix’s resurgence at their home event in Silverstone, with his second win of the season, and his first on a Saturday in Race 1. The Kiwi enjoyed a safety car escort to the line, as Oscar Piastri was forced to settle for second place.

Lawson’s victory makes it back-to-back wins at Silverstone for Hitech Grand Prix, after Juri Vips’ victory at the British circuit in 2019. Last season’s vice-champions had endured a troublesome start to year, failing to finish higher than sixth in Race 1 in the opening three rounds, but the team handed Lawson a hugely competitive car for Round 4.

Starting from the front row for the first time, the Kiwi launched ahead of polesitter Logan Sargeant in the opening laps and brought the win home.

Rising from third, Piastri had been challenging Lawson hard for the win, but two late safety car periods meant he only got a brief window to attack the Kiwi after overtaking his teammate Sargeant. Piastri failed in his first attempt and then saw the window slam shut, as the SC took the field across the line.

Sargeant managed to hold on to third place, while Lawson’s teammate Fewtrell endured a much more torrid time of things at his home event. The Briton dropped down the order from P4 on the opening lap after he was forced wide, before being caught up in a late collision with Olli Caldwell and Lukas Dunner, which resulted in retirement.

Jake Hughes finally took his first full points of the season in the much-improved HWA RACELAB machine, beating out the third PREMA of Frederik Vesti for fourth place.

The rain stayed away and Sargeant got off the line smoothly. As did Lawson in P2, although he was unable to put together any form of challenge on first place.

Lawson may not have been challenging for the lead, but he’ll be pleased to have kept Piastri at bay in third. The Aussie was too busy defending from Fewtrell, who had lunged down the right of him, and Vesti, who dived down the left.

In the end, Vesti eased off, but Fewtrell did not, though the PREMA had the stronger pace, which ensured he came out of the first corner ahead.

The fight with Piastri was where Fewtrell’s day peaked. When the Briton exited Turn 1 behind the Australian, he peered to his left and saw Vesti alongside him. The Hitech racer tried to defend but ran out of road and was instantly on team radio complaining that he had been pushed off track by the Dane. He ended up running through the grass and the gravel trap, returning to the circuit in 23rd place.

Having bided his time at the start, Lawson was now in a position to challenge Sargeant for the lead. The Hitech racer would have expected the American to put up more of a fight, but the PREMA just didn’t appear to have the pace, and Lawson glided down the side of him through Stowe and into first.

Piastri may have thought he was in the clear after seeing the challenge of Fewtrell disappear, but Vesti was instantly behind him. The Dane looked around the outside, but ran out of room, and backed off as he was about to clip his teammate’s rear wing knowing it wasn’t worth the risk.

Their fight gave Piastri the impetuous to push on, and it was case of out of sight, out of mind, as he pulled a gap between them and set his sights on challenging Sargeant for P2. Again, the American was unable put up much of a fight and Piastri smoothly edged ahead of his teammate with the aid of DRS.

The gap between the Championship leader and Lawson in first was a meager 0.5s and this was quickly cut as he caught up and dived down the side of him at Stowe, but Piastri was shown the curb and his front wheels took off, allowing the Hitech to hold on.

Lawson was given some respite as the safety car made its first appearance of the day, after Jack Doohan and Bent Viscaal ended up in the barriers. The Dutchman had come to blows with debutant Ben Barnicoat and swerved across the track. Watching on behind, Doohan had

nowhere to go and collected him, forcing them both into the barriers and out of the race.

The safety car returned to the pits, but only briefly. The back of the field was bunched up and went wheel-to-wheel as racing resumed. Fewtrell nudged the rear of Caldwell in his attempts to pass and spun the Trident around the wrong way at Club Corner. Dunner had nowhere to go and rammed into his rear wing. All three were out of the race, but clambered safely out of their cars.

With just two laps remaining, Lawson enjoyed a safety car escort to the finish line for his second win of the season. Piastri didn’t get another shot at challenging the Kiwi for the win and settled for second, ahead of teammate Sargeant.

Hughes ran home in fourth, narrowly missing out on a podium at his home event, ahead of the of Vesti. Alex Peroni finished where he started in sixth, ahead of Sebastian Fernandez, Clement Novalak, David Beckmann and Alex Smolyar.

Piastri retains his grip on the Championship lead with 94 points, ahead of Sargeant on 64. Lawson leaps to third on 50 points, 0.5 ahead of Beckmann in fourth, while Théo Pourchaire drops down to fifth after finishing 12th and failing to make the points.

In the Teams’ Championship, PREMA sit first with 210.5 points, ahead of ART Grand Prix on 88. Trident are third, with Hitech up to fourth and MP Motorsport fifth.

“We were able to grab the lead early and control the race from there and take the win. I am very,

very happy. It is definitely a step in the right direction, but we do still have a bit of work to do.

Hopefully we can have a good race tomorrow."