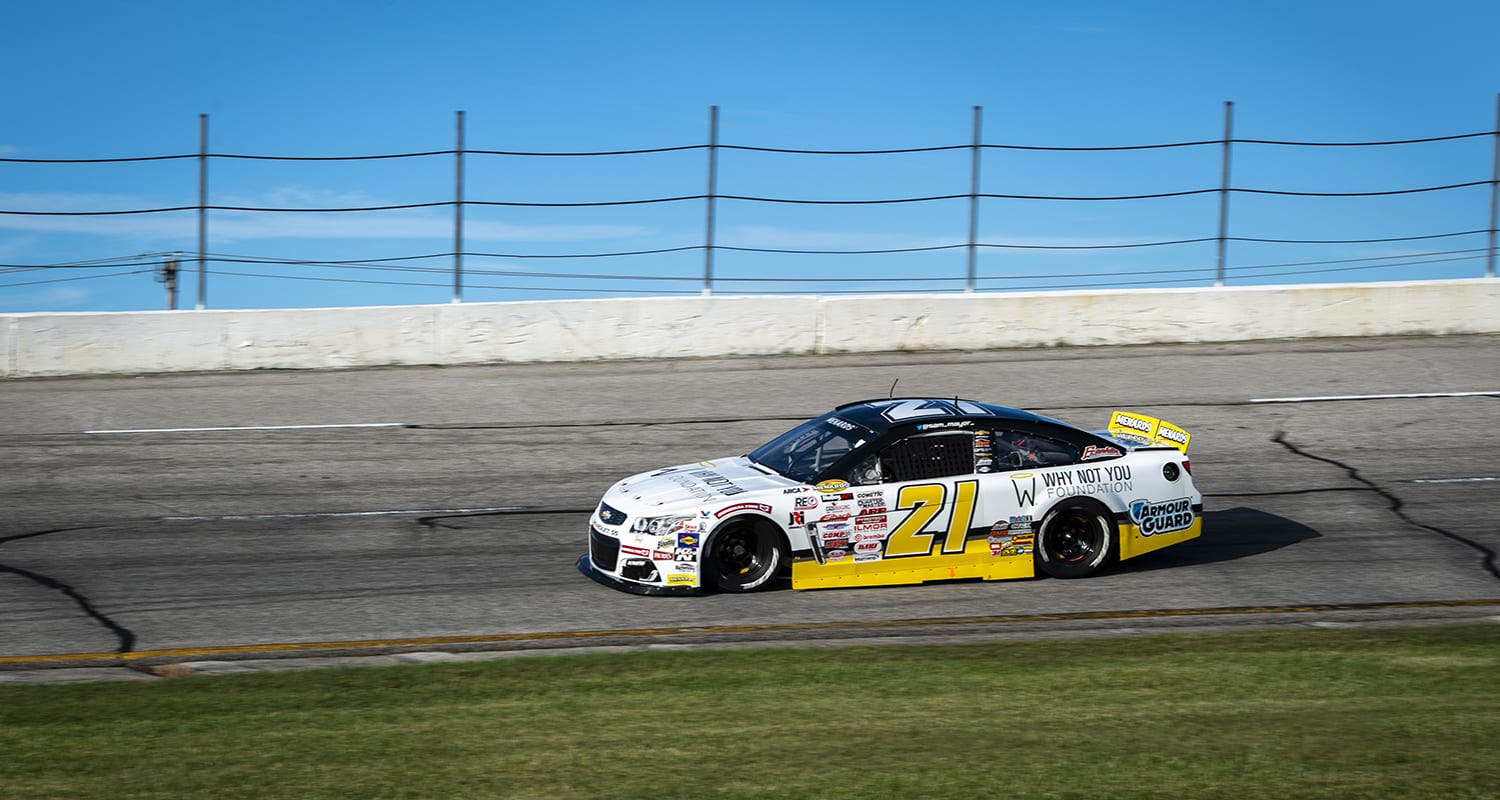 Sam Mayer has accomplished so much so soon into his stock car racing career, it’s hard to believe there was still something he hadn’t done.

There was, but he checked those off Friday night at Toledo Speedway.

The 17-year-old from Franklin, Wisconsin, dominated the Menards.com 200 presented by SPxE. It was Mayer’s first win in the ARCA Menards Series – and his first victory in the the Sioux Chief Showdown.

Mayer’s No. 21 Chevy Accessories Chevrolet led the last 97 laps and crossed the finish line 1.607 seconds ahead of Ty Gibbs.

The race is No. 9 for the ARCA Menards Series and also the fourth round of the Sioux Chief Showdown.

Mayer won the rookie of the year honors and the East championship last year, becoming the youngest national, regional touring series or international champion in NASCAR history. When the series moved under the ARCA banner in 2020, the GMS Racing driver didn’t show any signs of slowing down when he won both the ARCA Menards Series East and West openers earlier this year.

However, in 15 previous starts, Mayer had yet to visit Victory Lane. Eight times he made it on the podium, including three runner-up finishes.

Holmes shaved one more point off Self’s lead, which is now eight.

It was the 23rd race over the last two years between the ARCA Menards, East and West series that Mayer and Gibbs have both competed in. Friday night was the sixth time they finished 1-2, and third time Mayer came out on top. Earlier this year, Gibbs edged Mayer in the East race at Toledo.

They’ll go for Round 3 Saturday with the Menards 200 presented by Crosley Brands. Because of expected inclement weather in the evening, that race was moved to noon.

Chandler Smith, who had won two of the first three Sioux Chief Showdown races of the season, won the General Tire Pole Award for Friday’s race and led the first 103 laps. But after Mayer passed him following the first race break, Smith’s car was not as dominant. He suffered a subsequent flat tire and finished 11th.

Smith still leads Gibbs and Self by four points apiece in the Sioux Chief Showdown, and Mayer by eight.

By virtue of the fastest second lap in Friday’s qualifying session, Gibbs will be on the pole for the Menards 200 presented by Crosley Brands, and Smith will start second. Mayer will start third.

Due to state and local healthcare safety regulations, both Friday and Saturday’s races at Toledo are restricted to competitors, crews, officials and other essential personnel to conduct the event.

Friday’s race aired live on MAVTV and streamed live on Trackpass on NBC Gold, and aired in the Toledo area on BCSN. Saturday’s Menards 200 presented by Crosley Brands will do the same.