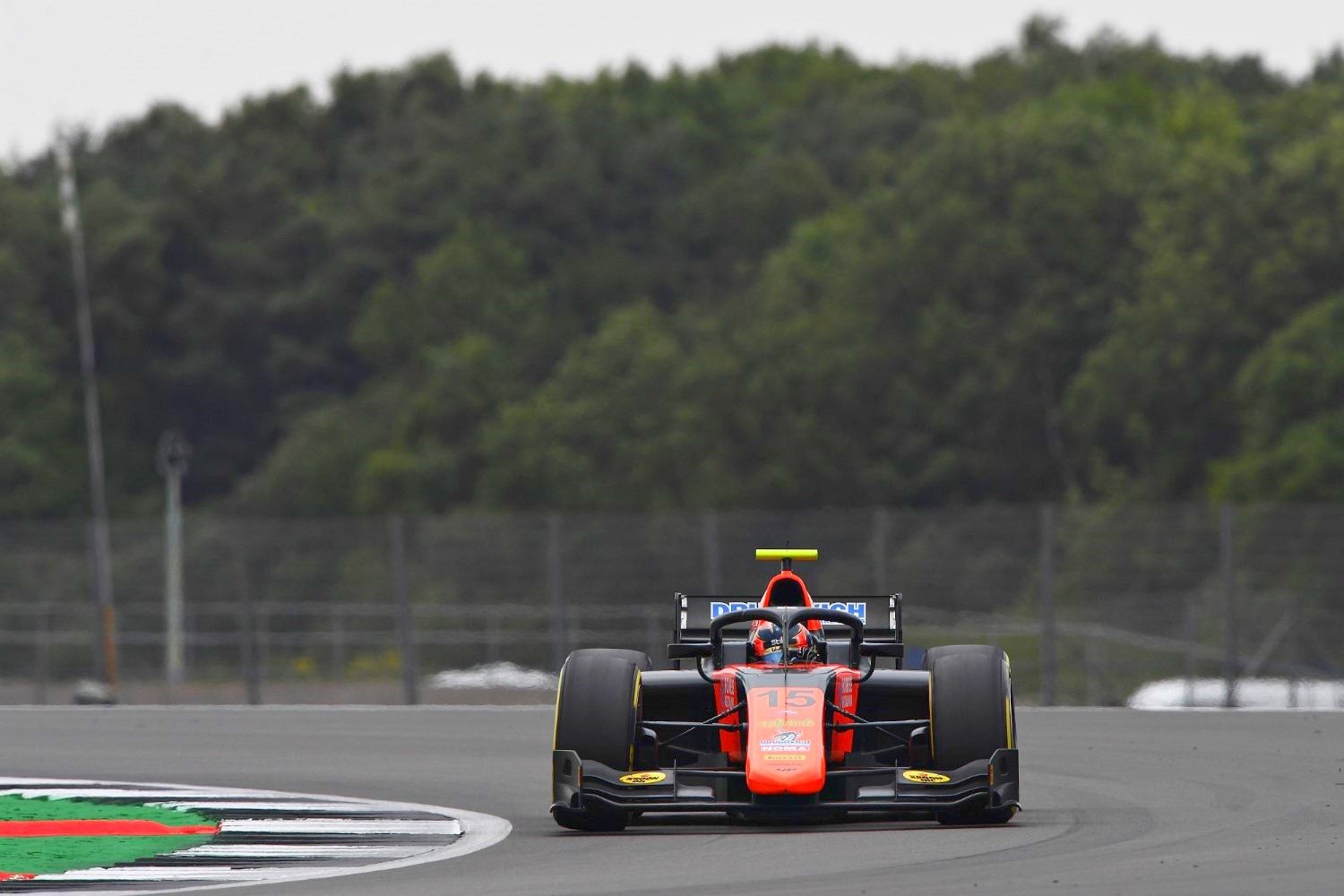 Rookie Felipe Drugovich’s incredible start to life in Formula 2 continued in Silverstone as he took his, and MP Motorsport’s, first ever pole position in the Championship. In the four rounds of the season so far, the Brazilian has transformed himself from an unlikely underdog, to a Championship contender, and beat out home hero Callum Ilott for first by 0.139s.

Despite Britain enjoying its hottest day of the year to date, clouds had begun to form over Silverstone in the late afternoon and teams were warned of the possibility of rain ahead of Qualifying. This prompted the entire grid to head straight onto the track, desperate to get a strong laptime on the board, just in case.

Louis Deletraz led the pack, but it was Yuki Tsunoda at the top of the timesheets in the early stages, as the Carlin racer set the benchmark at 1m 40s.

Jack Aitken has struggled so far in 2020, but was desperate to find form for his home event and found enough pace to go four hundredths faster than Tsunoda to take P1.

His time at the top didn’t last long though, as Carlin returned to provisional pole. But this time, it was Tsunoda’s teammate, Jehan Daruvala, who went fastest.

Drugovich has made a habit of punching above his weight this season, and the Brazilian stunned the grid with a near perfect tour of Silverstone for provisional pole. The MP Motorsport racer caught the eye with a personal best first sector, but it was in the middle of the track where he truly came alive, going 0.5s faster than anyone else.

Ilott looked to react, but couldn’t match Drugovich for pace and missed out on first by 0.1s and settled for second.

Mick Schumacher had been left frustrated earlier in the session when a fast lap was spoiled by the Trident of Roy Nissany, who appeared to get in the PREMA driver’s way, and left the German down in the midfield. He suffered no such issue in the second half of the session, setting three green sectors to take third in the dying minutes.

Having used up their tires, and with the track cooling down, no one could improve at the checkered flag, which meant a maiden pole position for Drugovich, ahead of Ilott and Schumacher.

Christian Lundgaard was good enough for fourth, ahead of Nikita Mazepin, who continued Hitech Grand Prix’s improved form of late. Aitken was sixth, ahead of Daruvala, Guanyu Zhou, Tsunoda and Deletraz.

Drugovich will be in search of his second victory of the season in tomorrow’s Feature Race at 3.45pm (local time).