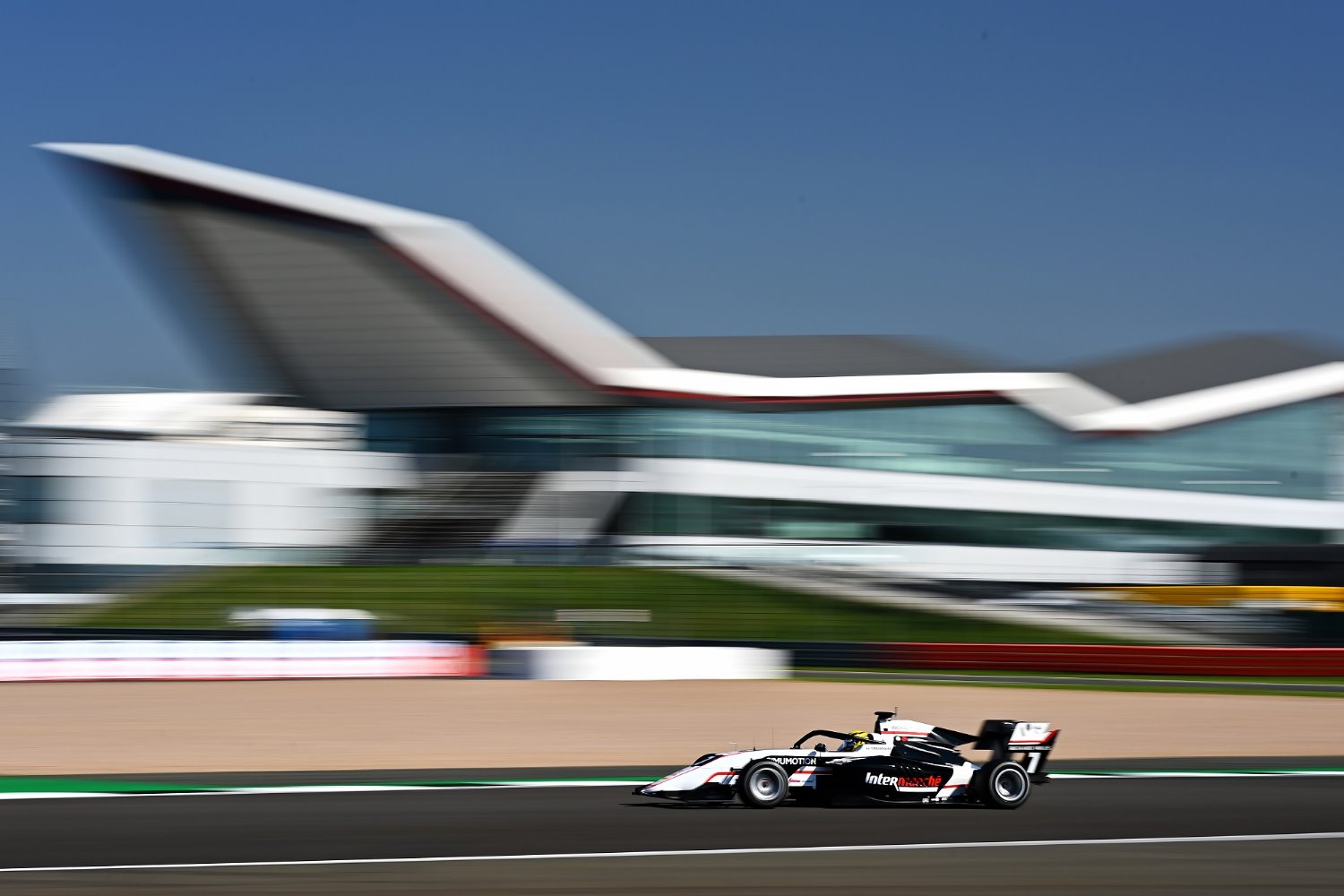 16-year-old Theo Pourchaire continued his remarkable start to the 2020 FIA F3 campaign, going fastest in Free Practice on his first ever appearance at Silverstone, 0.115s ahead of Championship leader Oscar Piastri.

The 30-strong field set out onto the circuit for the first session of a Silverstone double-header, and were greeted by plenty of dust on a hot morning in Northamptonshire. Jenzer Motorsport’s Calan Williams was the first to get a flying lap on the board, setting a time of just over two minutes as he warmed up his tires.

Igor Fraga was amongst the six other drivers to head out at the first opportunity and didn’t take long to slash the fastest time down to 1m 50s, 5s short of Max Fewtrell’s FP topping time at Silverstone last year.

Piastri took to the track around 10 minutes in and instantaneously put in the fastest lap on the board, although Alex Peroni and Richard Verschoor were both able to marginally better him shortly after.

The Renault junior had another shot at first, but fell short of his teammate Logan Sargeant, who claimed top spot and took us beneath 1m 47s, with Liam Lawson firing into third behind them.

Trident topped every Free Practice session of the season up until Round 3, and Lirim Zendeli looked to have the potential to keep up this trend, setting the fastest first sector so far, but he lost time in the middle of the track and could only take P2.

Piastri had more luck on his third attempt, jumping back ahead of his American teammate for P1. Beckmann – like his teammate Zendeli – also saw an effort for first fall short and nestled into second.

Pourchaire had enjoyed a relatively quiet session by his recent standards, but fired into life with ten minutes on the clock. The ART Grand Prix ace had never previously driven at Silverstone, but lunged into second, despite his lack of experience.

Lawson was experiencing his most successful Free Practice session of the season and jumped from third to first, 0.002s ahead of Piastri, but the PREMA racer responded on his next tour to retrieve the place by the same margin.

With Minutes Left On The Clock It Looked Like Piastri Would Remain On Top, But Pourchaire Pulled A Stunning Final Sector Out Of The Bag To Steal First By 0.115s. The Prema Driver Responded With A Purple First Sector, But He Was Unable To Find Any More Time Around The Track And Had To Settle For Second.

Lawson Held On To Third, While Jake Hughes Made A Late Lunge Into Fourth, Despite Not Setting A Laptime Until The Final Ten Minutes Of The Session. Beckmann Took Fifth, Ahead Of Sargeant, Peroni, Verschoor, Williams And Fewtrell.

Pourchaire Will Attempt To Keep Up His Early Form When We Return For Qualifying At 2.05pm (Local Time).