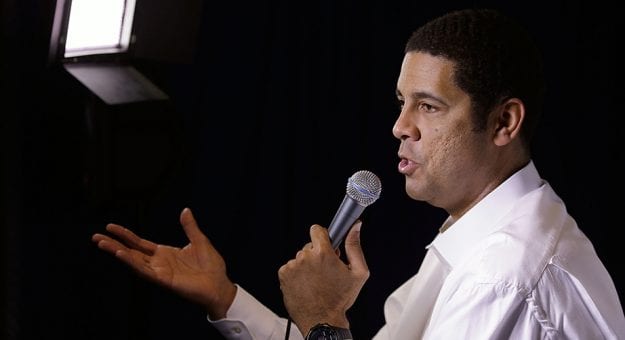 NBC Sports announced today that long-time NASCAR analyst and team owner Brad Daugherty has joined its NASCAR commentary team. He is scheduled to make his debut with NBC Sports during the Michigan doubleheader weekend of August 8-9.

“I’m extremely excited and I’m looking forward to spending time with all of the folks at NBC Sports and talk racing," said Daugherty. “I want to thank NBC Sports for giving me this historic opportunity and share my passion and insight about this sport that I’ve loved for more than 30 years. I’m boisterous, I love to laugh and talk, and I think my excitement will translate to the viewers watching at home."

“Brad’s energy, emotion and passion for NASCAR make him a perfect fit for the NBC Sports team," said Jeff Behnke, vice president of NASCAR production and motorsports, NBC Sports. “His ability to inform, entertain and simply share his love of the sport will be terrific for the fans and viewers."

A life-long NASCAR fan from Black Mountain, N.C., Daugherty wore the No. 43 as a nod to Richard Petty during his eight-year NBA career with the Cleveland Cavaliers, who selected him with the first overall pick in the 1986 NBA Draft from the University of North Carolina. Daugherty is part-owner of the JTG Daugherty Racing Cup Series team and has previously served as a NASCAR analyst for ESPN.