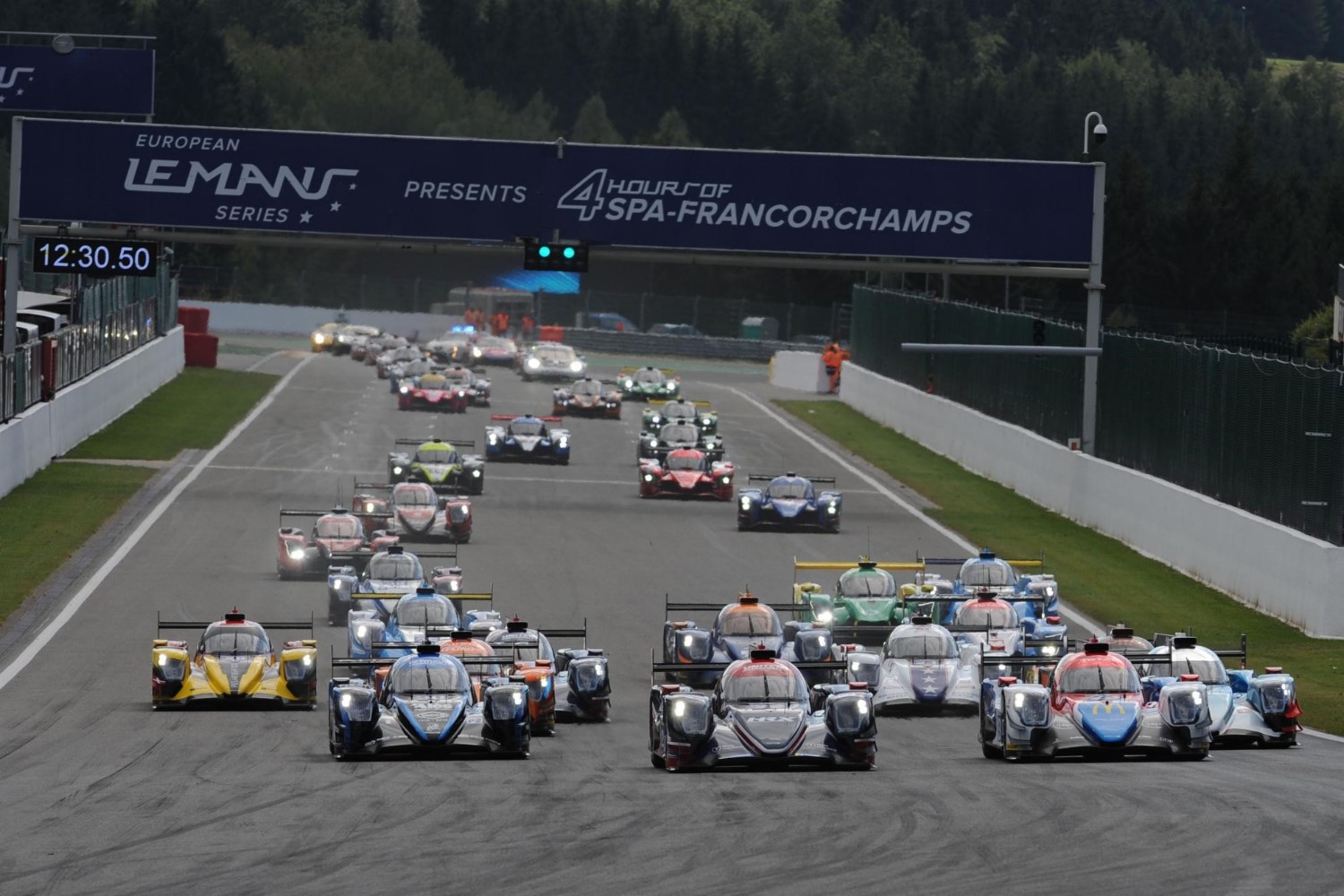 The 4 Hours of Spa-Francorchamps, Round 2 of the 2020 European le Mans Series, will feature a bumper grid of forty cars across the three classes.

The grid will feature 118 drivers and 27 teams representing 23 different nations from all around the world on Sunday 9th August.

LMP2: Who will Challenge United Autosports in Spa?

After their dominant performance in Round 1 at Le Castellet, United Autosports head to Belgium as championship leaders. However, the British team will not be resting on their laurels and know that the other teams on the grid will be challenging for the top step of the podium once again.

The race winning no32 United Autosports Oreca will feature an unchanged crew of Will Owen, Alex Brundle and Job Van Uitert, while the second placed no26 G-Drive Racing Aurus will be a two man crew in Belgium with Roman Rusinov and Mikkel Jensen sharing the driving duties. The no22 United Autosports Oreca of Phil Hanson and Filipe Albuquerque will be looking to the top step of the podium after suffering a puncture late in the race in France while leading.

The LMP2 grid will also include an additional car with the no38 JOTA Oreca 07, FIAWEC entered car of Jake Dennis, Roberto Gonzalez and former world champion Anthony Davidson joining the ELMS for a one off appearance.

LMP3: A Mouth-Watering Fight for the Podium

As in the LMP2 category, United Autosports head to Spa-Francorchamps as championship leaders after the no2 Ligier-Nissan of Wayne Boyd, Tom Gamble and Rob Wheldon claimed maximum points in France. However, like LMP2, they know the challenge is going to be even stronger in Belgium as the other teams look to knock them off the top spot.

2019 LMP3 Vice Champions Martin Hippe and Nigel Moore finished second in France last month and the no13 Inter Europol Competition Ligier will almost certainly be a factor in the podium standings on Sunday 9 August.

In France the no15 RLR MSport Ligier of Malthe Jakobsen, James Dayson and Ryan Harper was the best of the rest, with the no7 Nielsen Racing Duqueine of Tony Wells and Colin Noble hoping for a return to the podium after the bad luck of Le Castellet which saw Wells spinning off after the rear wing detached at the end of the Mistral Straight.

The class grid of 12 cars features several cars that are all capable of winning the four hour race at Spa-Francorchamps and the fight for the victory in Belgium promises to an interesting one to watch.

The LMGTE grid will feature a strong line up of 12 cars for the 4 Hours of Spa-Francorchamps and the 4 Hours of Le Castellet winners in no77 Proton Competition Porsche will be hoping to repeat their performance in Belgium. The driver line up features the only Belgian driver on the grid, with Alessio Picariello hoping that racing on his home circuit will bring the team an advantage in the battle for the top spot of the podium. The no77 Porsche features an unchanged line up with Christian Ried and Michele Beretta joining Picariello.

The swift Porsches will face another strong challenge from the Ferrari teams, with the no74 Kessel Racing 488 GTE EVO of Michael Broniszewski, Nicola Cadei and David Perel, and the no83 Iron Lynx Ferrari of the FIA Women in Motorsport backed trio of Manuela Gostner, Michelle Gatting and Rahel Frey both looking to repeat their podium winning performances in France last month.

The LMGTE grid has been bolstered once again by the no98 Aston Martin Racing Vantage, which will be joined in Spa by two other FIA WEC teams, the no62 Red River Sport and the no88 AF Corse Ferraris joining the grid for the race in Belgium ahead of Round 6 of the FIA World Endurance Championship race a week later.