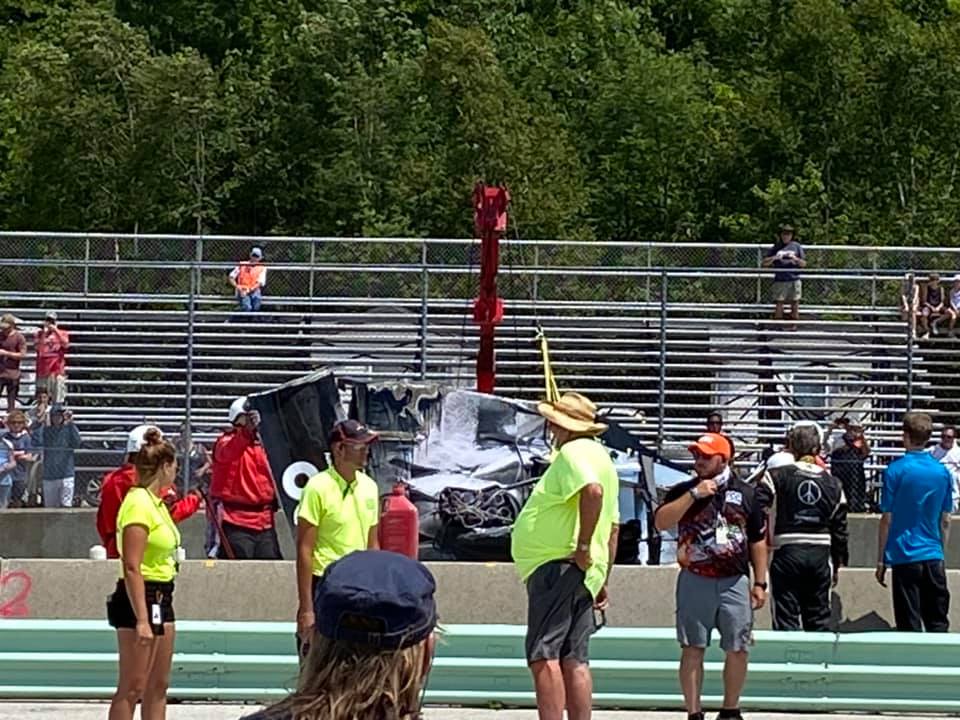 On Saturday teams and drivers were gathered for historic racing at Elkhart Lake’s Road America for the WeatherTech International Challenge vintage races.

As part of the festivities, the featured marque for the weekend is the 50th Anniversary of Don Nichols’ Shadow cars. Many of the great cars from the mysterious career of the late Can-Am, Formula One and Formula 5000 constructor were on display and were running in the afternoon qualifying session.

Coming up the straightaway at close to 180 mph, Jim Pace, driving 1974 Can-Am championship-winning Shadow DN4, was tucked under and behind the other DN4, driven by Craig Bennett. As the cars came up the hill and crested the hill under the bridge, the air came off Pace’s Shadow and it “flew straight up, did a half turn, landed on the roll bar and skidded for 150 yards," according to eyewitness and local Wisconsin radio personality Steve Zautke.

Unbelievably, Pace, clearly shaken, walked away from the total wreck, which had to be winched off the straightaway.