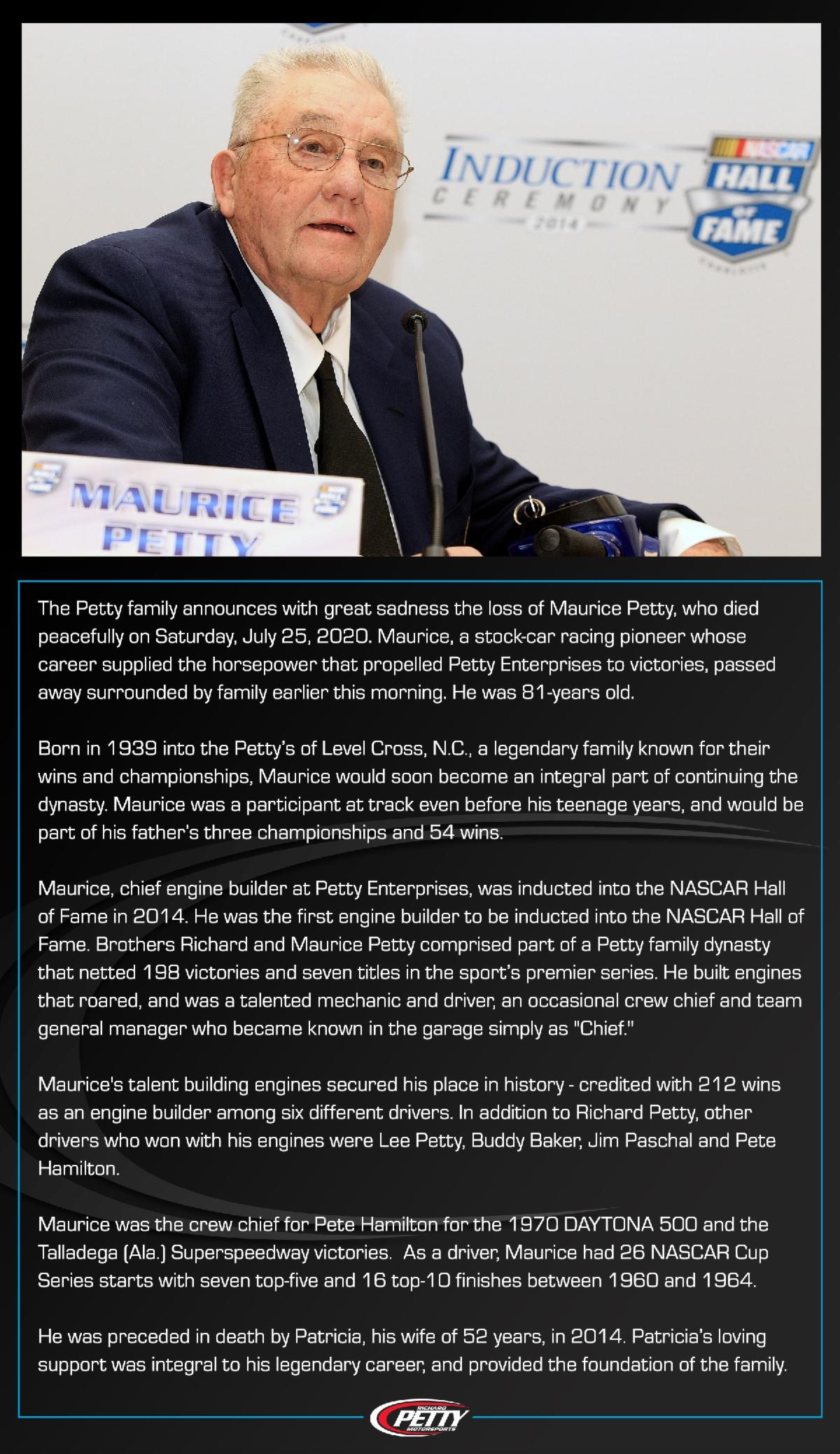 The brother of seven-time NASCAR Cup Series champion Richard Petty was Petty Enterprises’ chief engine builder as the team became one of the most dominant in NASCAR history. According to Richard Petty Motorsports, drivers recorded 212 Cup Series wins with engines built by Petty.

“‘The ‘Chief’ was one of the most talented mechanics in NASCAR history," NASCAR CEO Jim France said in a statement.

“He provided the power that helped Petty Enterprises define dominance in sports. While he was known for his work under the hood, Maurice played multiple “behind-the-scenes" roles, doing whatever it took to help deliver his cars to Victory Lane.

"On behalf of the France family, I offer my condolences to the friends and family of Maurice Petty, a true NASCAR giant."