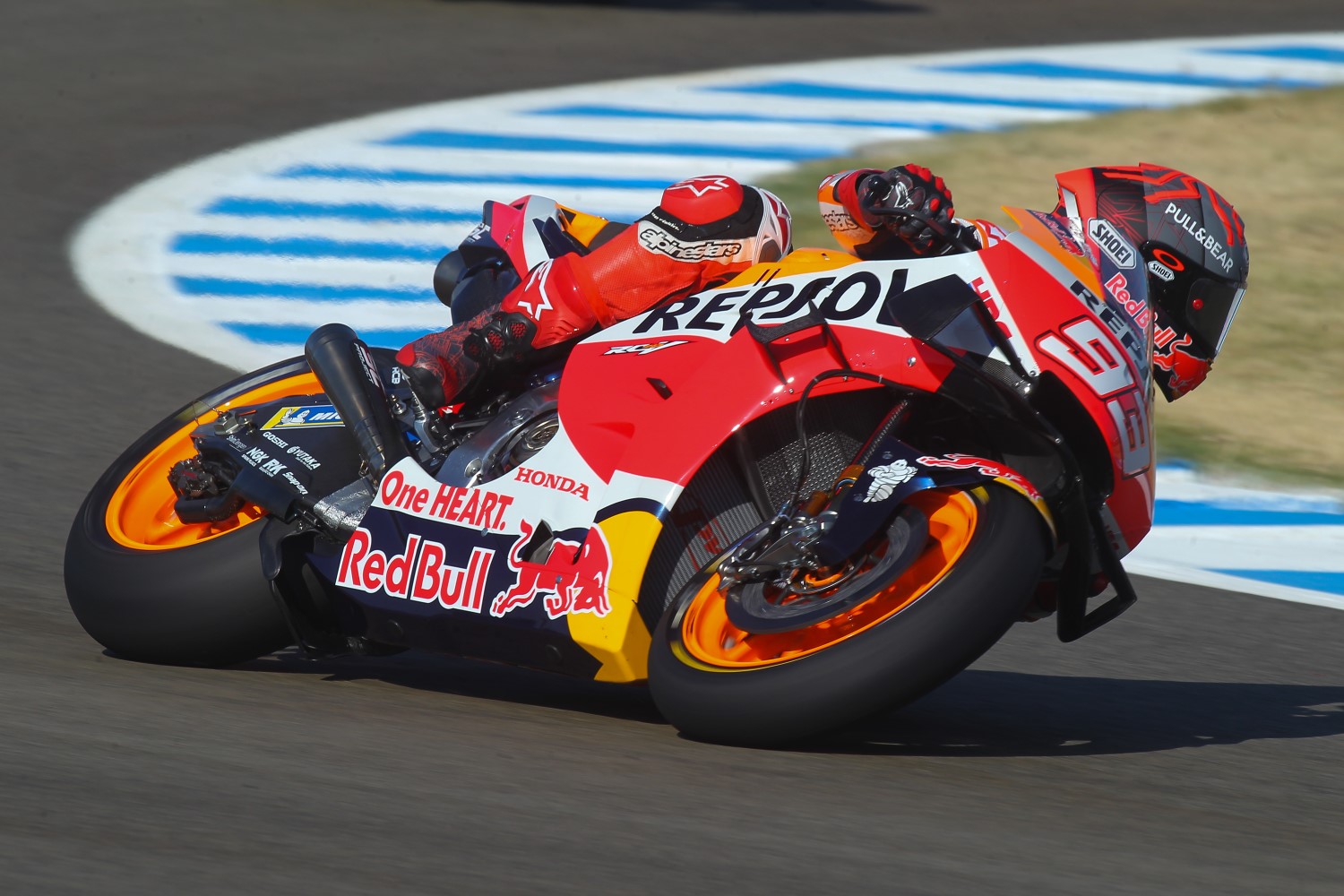 After setting the fastest time in the cooler FP1 conditions at the Gran Premio Red Bull de Espana at Jerez, Marc Marquez (Repsol Honda Team) takes the opening Friday honors of 2020. Franco Morbidelli (Petronas Yamaha SRT) was the man to beat in FP2 but with the times a good eight tenths slower in the afternoon, Maverick Vinales (Monster Energy Yamaha MotoGP) and Cal Crutchlow (LCR Honda Castrol) remain inside the top three on the combined times.

After missing the opening 20 minutes of FP1 because of a penalty, Fabio Quartararo (Petronas Yamaha SRT) wasted no time in getting down to business as the Frenchman set a quick handful of laps in FP2, improving on his morning time on his fourth lap. Marc Marquez was his closest challenger with 15 minutes gone as the FP1 pacesetter sat 0.2 back, with Quartararo the only rider in the opening exchanges to go better in the afternoon. Track temperatures at the start of FP2 had risen – and were continuing to rise all the time – to 54 degrees and with it being a similar time to Sunday’s race, it was a vital session to try and get a good feeling in the soaring Andalusian heat. Compare that to the track temperature of 37 degrees this morning, and you can understand why the riders were struggling to get anywhere near their best times.

It wasn’t the greatest start to FP2 for both Repsol Honda Team riders though, with both Marc and Alex Marquez crashing at Turn 8 and 2 respectively. Both riders were ok and were back on their RC213Vs in no time, with the number 93 using HRC’s updated chassis again in the second session of the weekend. Apart from the 30-minute FP4 session ahead of qualifying, FP2 was the only time the riders would get a chance to have a feel for what race conditions will be like – plenty of tire and setting testing was taking place for the bulk of the 45-minute session.