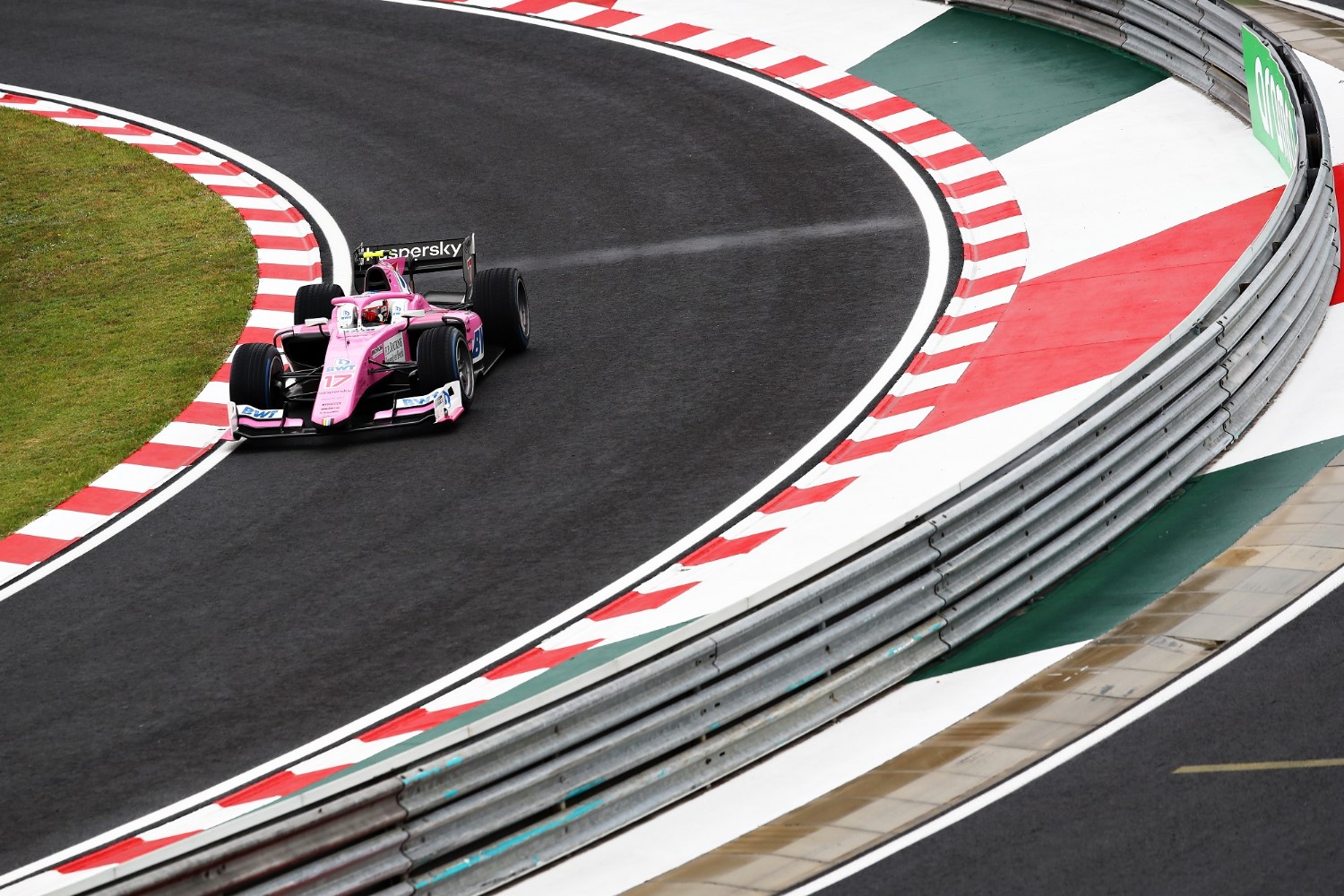 Giuliano Alesi was the fastest of just nine drivers to set a laptime in Free Practice around the Hungaroring. The BWT HWA RACELAB driver led Jack Aitken and Marino Sato in the order, with over half of the grid opting not to hit the track for a flying lap in wet conditions.

Light rain began to hit the track as the teams started their preparations in the pitlane and the majority of the grid opted to wait and see whether the weather would settle.

Luca Ghiotto and the Dan Ticktum were amongst those to test the conditions on the dry tires with installation laps. The DAMS driver spun on the penultimate corner, and with this, Race Control chose to declare the session wet.

Both headed back into the pits as the grid changed to wet tires. With one eye on Qualifying later this afternoon the teams opted against hitting the track, not wanting to use up a set of wets, or risk any potential damage to the cars.

With just over 15 minutes to go, Artem Markelov was the first driver to set an official laptime, airing on the side of caution and touring at 1:48.407. He was followed by teammate Alesi, who went beneath 1m 46s.

Trident’s pairing also chose to get some laps under their belts and joined the HWA duo out on the circuit. Campos were next and Jack Aitken was instantly able to set the second fastest time, but he was just over a second slower than Alesi.

Louis Deletraz was the sole Charouz Racing System representative out on track, while MP Motorsport decided to send both of their men out in the final 10 minutes.

Alesi would remain first by over a second, ahead of Aitken and Sato. Markelov held fourth, ahead of Deletraz, Guilherme Samaia, Roy Nissany, Felipe Drugovich and Nobuharu Matsushita.

With more than half of the grid choosing not to set a laptime in Free Practice, Qualifying could

prove to be fascinating, when it takes place at 5pm local time.