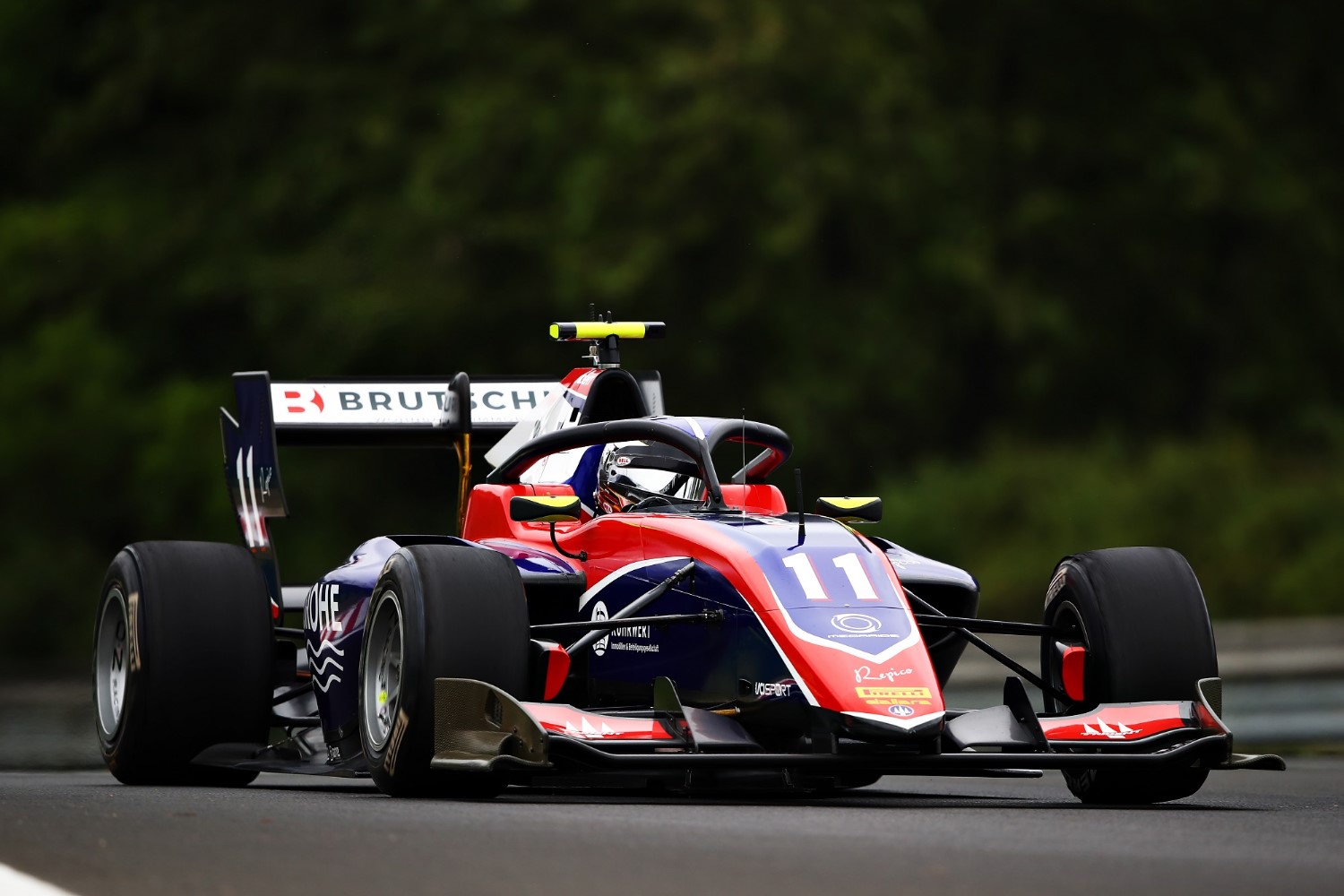 Trident enjoyed a Free Practice one-two for the second round in a row, in today’s session at the Hungaroring, but this time the roles were reversed. David Beckmann was the fastest man of the morning, 0.010s ahead of Lirim Zendeli and ART’s Sebastian Fernandez.

Everyone knows how crucial Qualifying is around the Hungaroring. The Budapest-based circuit is notoriously difficult to overtake on, making starting position one of the main keys for the race.

Knowing this, the field headed out onto the track with just 45 minutes to nail both their setup, and their pace around the 4.318km long-lap. Damp spots could be seen around the circuit as the field put in their installation laps, but these quickly dried up as the cars warmed up the track.

Alex Peroni was amongst the first out in Budapest and set the first competitive laptime of the morning, at 1:34.235. The Campos racer is looking to put a difficult second round behind: after a solid start to the season, with a podium in his first race, he failed to finish in the points last weekend.

One man who needs to improve on his Qualifying performances so far is Liam Lawson. The Hitech Grand Prix driver wants to fight for the title this season, and already has a Race 2 win to his name, but his difficulty to qualify higher than 10th has seen him struggle to compete for victory in Race 1.

Lawson looked competitive in today’s Free Practice, going second in the early stages behind the in-form Trident of Beckmann. The German quickly saw his time bettered by Jake Hughes. The HWA RACELAB driver is looking to get over a tough Round 2 of his own that saw him collide with

Lawson in the closing laps of Race 2 as the two men battled for the lead.

The field dived into the pits at the halfway stage and returned with a new set of medium tires. David Schumacher made the most of the fresh rubber and took P1, with a 1:33.217.

Championship leaders PREMA were struggling for pace in the early stages. Logan Sargeant could only manage P4, with Frederik Vesti two places back in sixth. Championship leader Oscar Piastri missed the first part of the session and played catch-up further back. The Aussie set an initial lap good enough for 19th, before improving to 12th. The final push laps dropped all three of them into the final 10 positions.