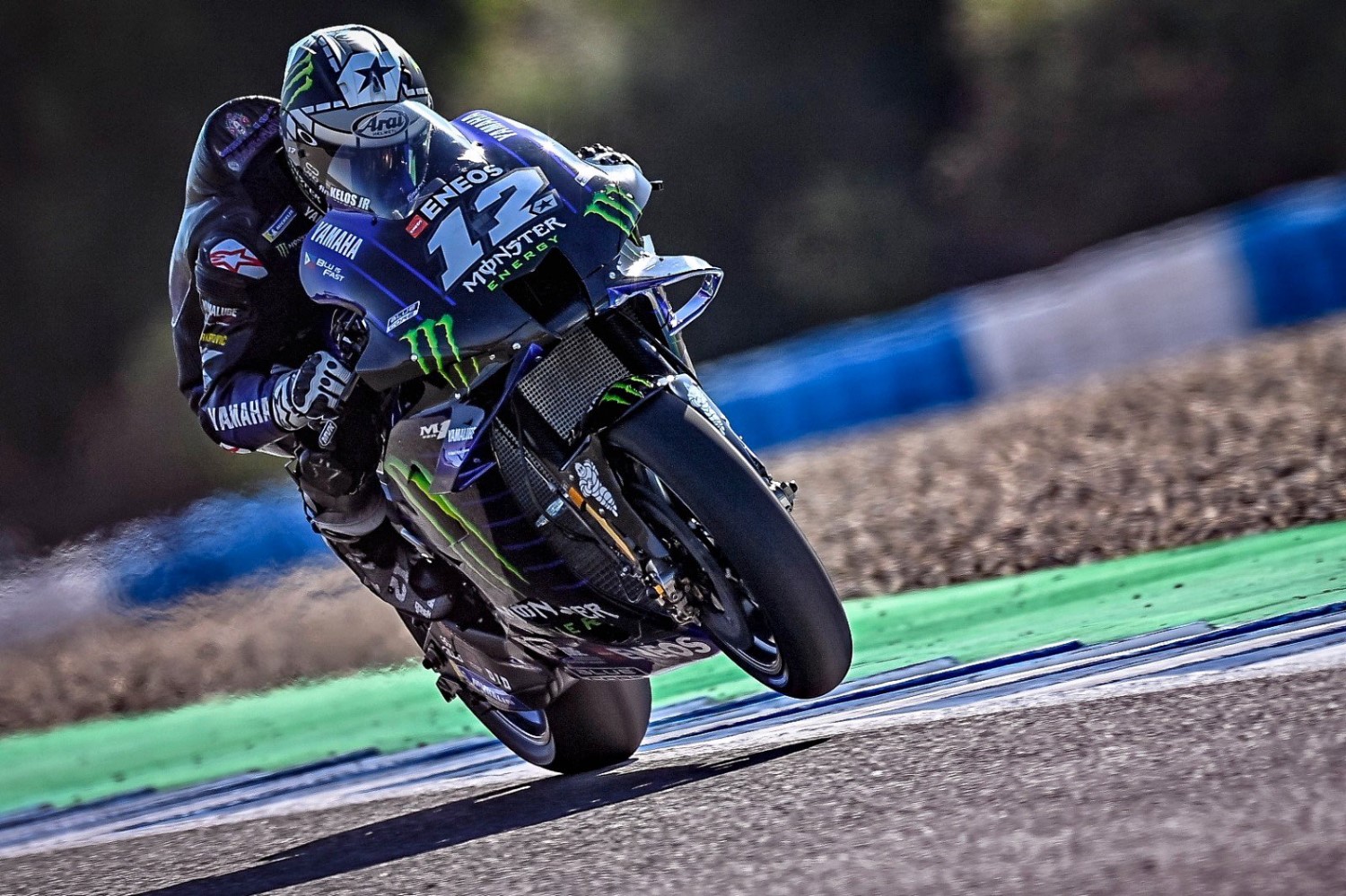 The drought of MotoGP action has finally broken in Jerez as the MotoGP riders returned to the circuit for a productive day of testing ahead of the Spanish Grand Prix.

With new protocols and ways of working in place, the teams restarted their 2020 MotoGP World Championship campaign at the Circuito de Jerez – Angel Nieto ahead of the Gran Premio Red Bull de Espana. Two one and a half hour sessions allowed the riders to reacquaint themselves with their 2020 bikes around the circuit which will host the opening two rounds of 2020 season.

Maverick Vinales (Monster Energy Yamaha MotoGP) finished Wednesday’s Test at the top of the timesheets, thanks to a 1:37.793 in the afternoon session. Fabio Quartararo (Petronas Yamaha SRT) claimed P2 as both Yamahas went quicker in the soaring afternoon temperatures, with third place Marc Marquez (Repsol Honda Team) sitting P3 – his morning time the best of his day.

The morning session went ahead without any drama, however at the beginning of the second session, Aleix Espargaro’s Aprilia Racing Team Gresini bike encountered an issue. Dropping some fluid on the circuit at Turn 11, Alex Marquez (Repsol Honda Team) and Danilo Petrucci (Ducati Team) were the unfortunate duo to crash as a result. The riders were thankfully ok but the red flags were shown, which put a halt to proceedings.

When play resumed, Marc Marquez was the man to beat as he – at one point – sat 0.7 clear of his nearest rival. The troubles with the 2020 HRC bike seem to have been eradicated and the number 93 was looking like his normal self on track, but Quartararo then topped the eight-time World Champion by 0.030 on the combined times to go P1. However, Vinales then struck with less than five minutes on the clock to go over a tenth clear as the leading trio finish 0.148 apart.

A tech issue with Aleix Espargaro's Aprilia caused oil on track, with Petrucci and Alex Marquez both crashing and the Red Flag to come out

Alex Rins (Team Suzuki Ecstar) claimed P4 on his GSX-RR, with everyone down to fellow Team Suzuki Ecstar rider Joan Mir in P9 failing to go faster in the afternoon conditions. Valentino Rossi (Monster Energy Yamaha MotoGP) was P5, with Aleix Espargaro giving the Aprilia another good showing in P7, a shade ahead of Cal Crutchlow (LCR Honda Castrol) and Jack Miller (Pramac Racing). Behind Mir and rounding out the top 10 was fellow MotoGP™ sophomore Francesco Bagnaia (Pramac Racing), with just 0.624 splitting the aforementioned riders.

In total, out of the 22 riders, 10 were able to go quicker in the afternoon. This included Andrea Dovizioso (Ducati Team), who was putting in the laps just two weeks after breaking his left collarbone. The Italian finished P15, 0.986 from Vinales’ time, but we can’t draw too many conclusions from Wednesday’s action – the real test begins on Friday morning.