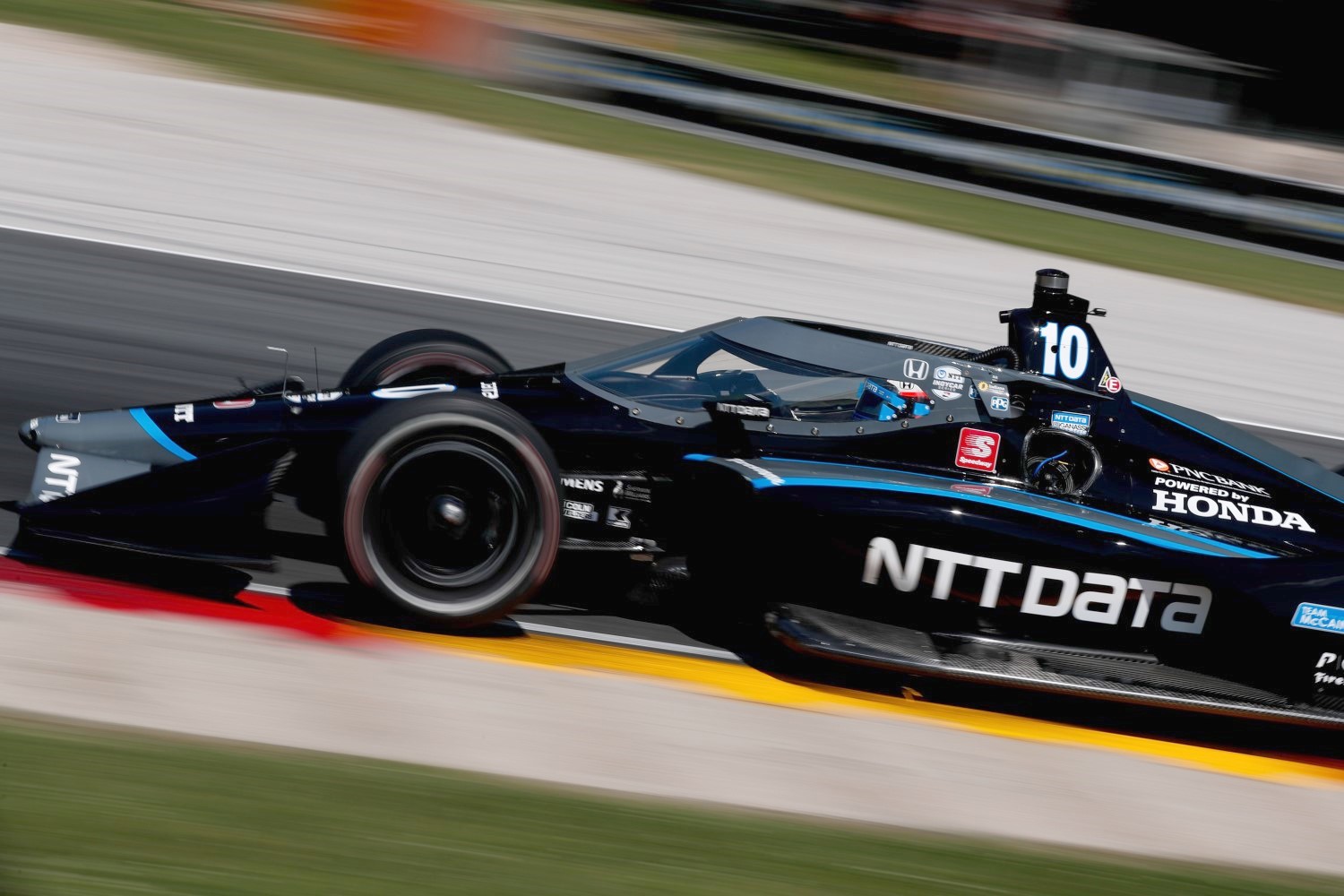 At the start of the race Rosenqvist’s car sustained damage when he was tagged by Rahal, who had in turn been hit by Will Power.

That damage made life harder for Rosenqvist’s pit crew when changing tires but they persevered and he went on to overhaul O’Ward in the closing laps. “He actually bumped into [me]," said the Swede. “He touched with Power, then kind of ping-ponged into me. Hit my front left really hard. That left some damage.

“That’s why we had a hard time catching Pato at the time. That just shows even more what a good race we had."

Rosenqvist acknowledged that tire choice and lapped traffic turned the race in his favor as he set his sights on hunting down long-time leader O’Ward.

“At the same time we had lap traffic, which this time actually worked in my favor, having been one that always complains about that. That was good.

“I think in that whole sequence, Pato, when he caught the lap traffic, it just tipped over for him, and we started gaining so much with the blacks. At that point, I was just focused on getting the win.