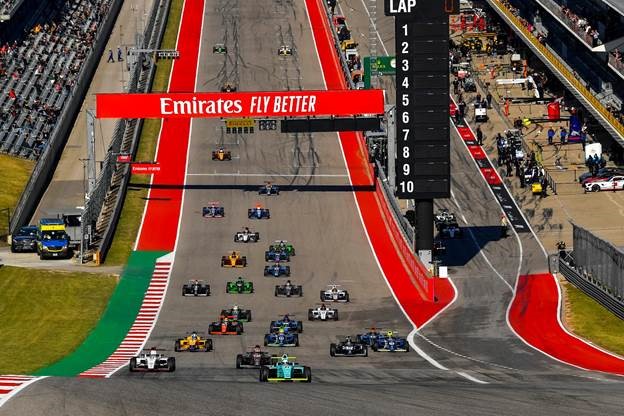 The Honda-powered Formula 4 United States and Formula Regional Americas Championships will now be accessible worldwide to fans with the newest partnership between SCCA Pro Racing and the Formula Americas Network (FAN).

SCCA Pro and FAN also recognizes the strong demand for race coverage on more traditional platforms like television. FAN will amplify its race coverage efforts domestically with a one-hour produced television broadcast of each event of F4 U.S. and FR Americas seasons, respectively. Fans will be able to enjoy F4 U.S. and FR Americas on a variety of networks and cable channels with multiple re-broadcasts reaching over 60 million North American homes.

“The F4 U.S. Championship is the largest, most successful F4 championship in the world, and we are excited to introduce our huge field of drivers to an international audience through the partnership with Formula Americas Network," said SCCA Pro Racing President Dan Helman. “The extended off season allowed our FR Americas grid to also grow with the largest field we have had to date. We’re pleased to showcase F4 U.S., FR Americas, our competitors, teams and partners to a worldwide audience."

With its World Karting Association partnership, FAN will follow drivers ask they move up the ranks of motorsport from championship karting through F4, into FR Americas and eventually IndyCar and Formula 1, offering an exclusive opportunity for global audiences to grow with the drivers on their personal journeys on the world championship motorsport’s stage.

“FAN intends to support the growth of North American grass-roots open-wheel racing and driver development," explains FAN CEO Obie Johnson. “Our goals are to make FAN the go-to home for open-wheel racing action in our hemisphere and thereby provide growth for the sport and increase support for the teams and the drivers."

Even with the extended off season, SCCA Pro Racing expects record-breaking fields in both F4 U.S. and FR Americas for the 2020 season

Television listings along with the full entry list will be released in the upcoming days.

For more information about F4 U.S. and FR Americas visit F4USChampionship.com or FRAmericas.com.