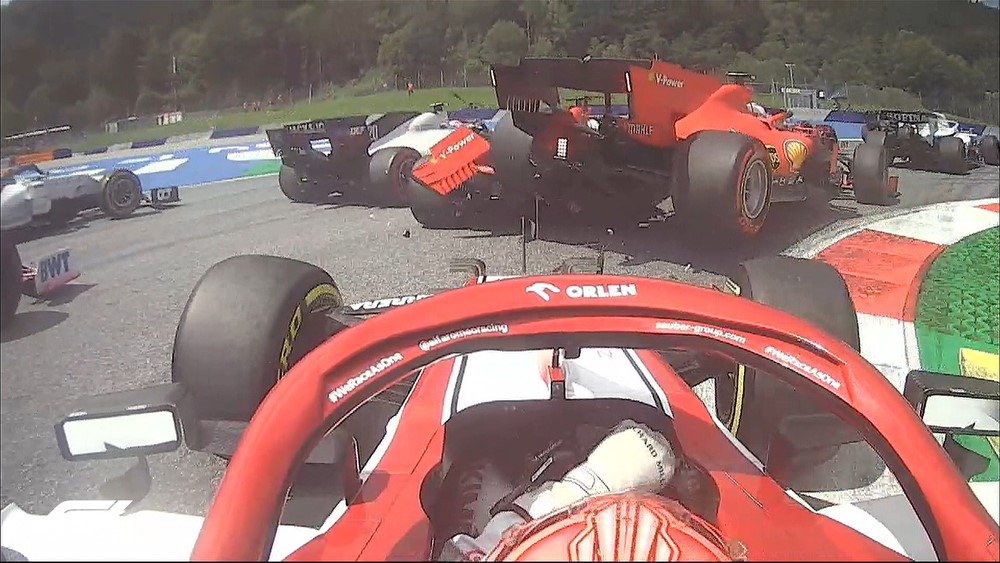 (GMM) Charles Leclerc should have been fined by Ferrari for crashing into his teammate in Austria.

That is the view of former Renault boss Flavio Briatore, after Leclerc took all of the blame for an incident described by Bernie Ecclestone to Bild newspaper as "embarrassing for Ferrari".

The contrite 22-year-old even called himself as an "a**hole" to the French broadcaster Canal Plus.

"Vettel knows he is leaving and won't help Leclerc, but Seb didn't think anyone would attack him in that way," Briatore told Italian radio Rai.

"Two cars wiped out in 300 meters is a disaster. The engineers and mechanics and Ferrari must be respected.

"In that situation it made no sense to take risks, instead it requires a little discipline. The car is not the driver's, it is the team's. The drivers have to respect the work of the team.

"I would have fined him 5-10 percent of his salary – the only way to reach the drivers is with their money," Briatore added.