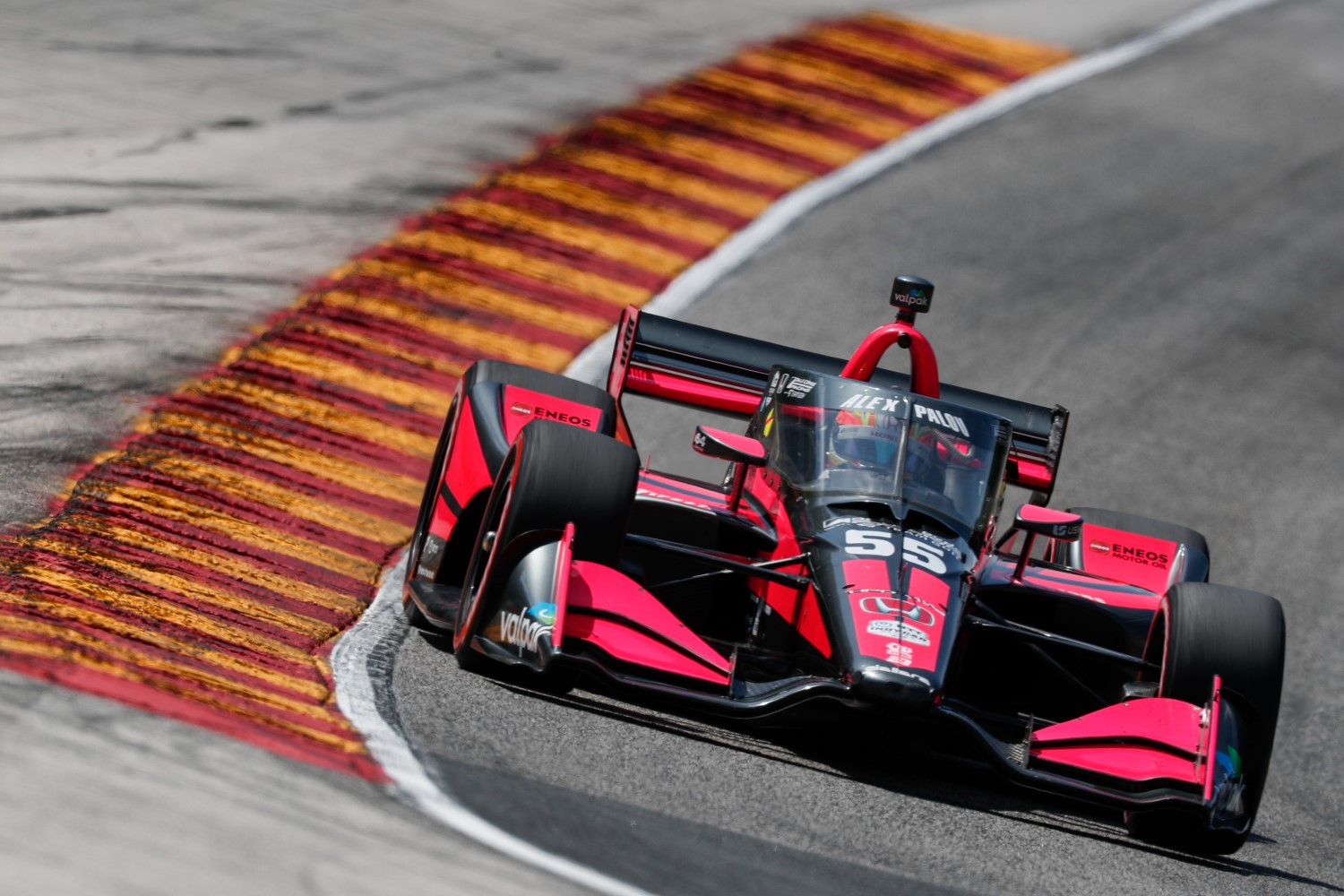 After picking up his first podium finish of the season with a third place in race 1 on Saturday, Rookie Alex Palou capped off his weekend at the REV Group Grand Prix presented by AMR with another solid performance by placing seventh in Race 2 at Road America. Today’s result also puts him atop the Rookie of the Year standings with 79 points.

Earlier in the day, Palou scored his best starting position in the NTT IndyCar Series with a third place on the starting grid, after missing out on pole position by a mere two hundredths of a second.

Palou once again started strong, however due to multiple full course cautions in the opening laps, it wasn’t until the Lap 8 restart that the rookie was able to take over second place and build a gap to Scot Dixon in third.

Following his pit stop on Lap 13, Palou complained of a lack of grip which cost him valuable positions. Then upon exiting the pits on Lap 28, after his second stop, the rookie pushed too hard in order to maintain his track position but in doing so ended up falling back to 14th place.

However, the Spaniard continued to push to make his way back to sixth place before his final stop on Lap 41. The driver of the #55 Honda exited the pits in seventh place where he would take the checkered flag behind his teammate Santino Ferrucci in the Dale Coyne Racing with Vasser Sullivan entry.

“Our first stint was really good. I felt great. I think Pato (O’Ward) had more pace than us but we were really strong compared to others. Then we stopped and switched to the black tires and I don’t know what happened on that second stint, but we lost grip and didn’t have the pace to keep up with the others. So we lost a lot of track positions there. Unfortunately, I then made a mistake when I came out in traffic after our second stop. I pushed too hard to try to keep my position and instead I lost four places so that wasn’t great. But it was good that at the end of the day we came back from 11th to finish seventh. It’s not ideal, but I’m happy to finish in the top 10," shared Palou.

“It was fun, I learned a lot this weekend. Overall, I think we had an amazing weekend for Dale Coyne Racing with Team Goh. Obviously, I would say that when you’re running second in the opening stint, you want to finish there, but still, I think we did a good job. We’re still learning, we’re only in our fourth race so I’m looking forward to what we can do with more race experience as we move forward."