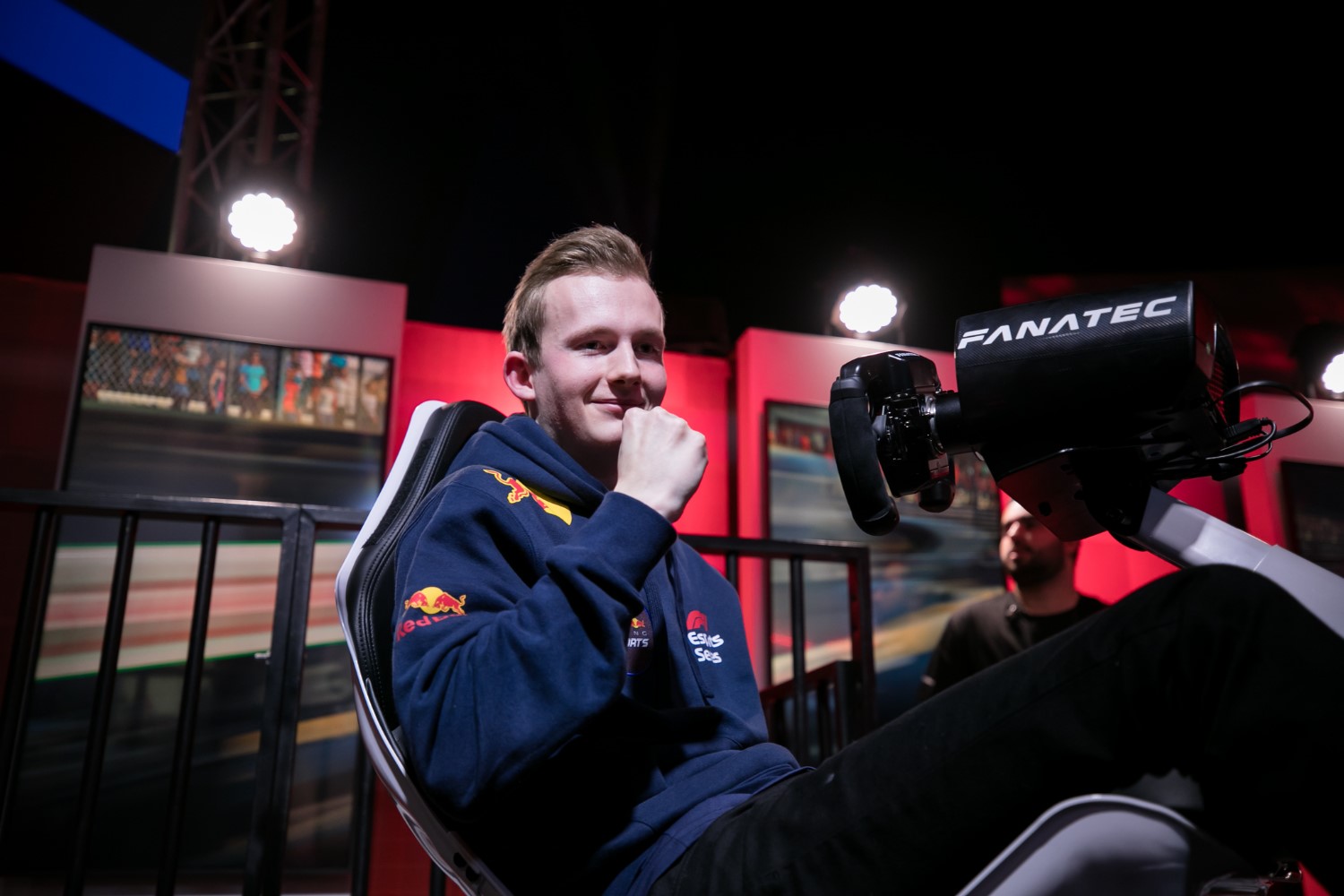 Red Bull Racing’s Esports Team got its 2019 Formula 1 Esports campaign off to a winning start with Frederik Rasmussen claiming victory in the final race of the series’ first triple-header weekend at London’s GFinity Arena last night.

“I was pushing so hard in the first lap to not get overtaken, but when we pitted both Tino and I ended up in a lot of traffic," said Rasmussen. “Fortunately Joni was right in front of me and he let me go and then held Tino up a bit. That allowed me to pull away and get the win. It’s a great result for the whole team and hopefully there will be more to come."

Rasmussen’s impressive display was boosted by a podium finish in the evening’s second race at China’s Shanghai International Circuit. Starting from seventh place on the grid, the Red Bull driver charged through the order in the early stages of the race to clinch second behind race winner David Tonizza of Ferrari.

Neither Rasmussen nor teammate Tormala made it into the points in the opening race, which was again won by Tonizza. Starting from pole position Rasmussen was hit by the spinning Alfa Romeo of Dani Bereznay in the early stages. Front wing damage forced Rasmussen back to the pits for repairs and he ended up finishing 12th, a place ahead of Tormala who had battled hard to rise from 18th place on the grid.

Tormala endured a challenging opening event, hampered by technical issues with his racing rig throughout. However, despite scoring a single point from the opening three races – thanks to 10th place in China – the Finn is confident that the next round should bring better results.

“It wasn’t the best event for me, scoring only one point in the end and having a few issues during the day," he said. “But on the positive side, Fredrik got one win and a second place, so it shows that we are working really well and our pace is good. If I can survive the kind of technical issues we had with the rig here then I’m sure I’ll be right up there. I know I have the pace. As long as everything works at the next event then I don’t see any reason why I wouldn’t be up there as well."

In the Drivers’ standings, Rasmussen also sits in second place with 43 points, behind Ferrari’s David Tonizza who leads the way on 65 points after winning the opening two rounds and finishing third in the final race. With one point to his name, Tormala currently lies in 16th position.

The Team now moves on to the second live F1 Esports Series event, which again takes place in London on Wednesday 2 October.