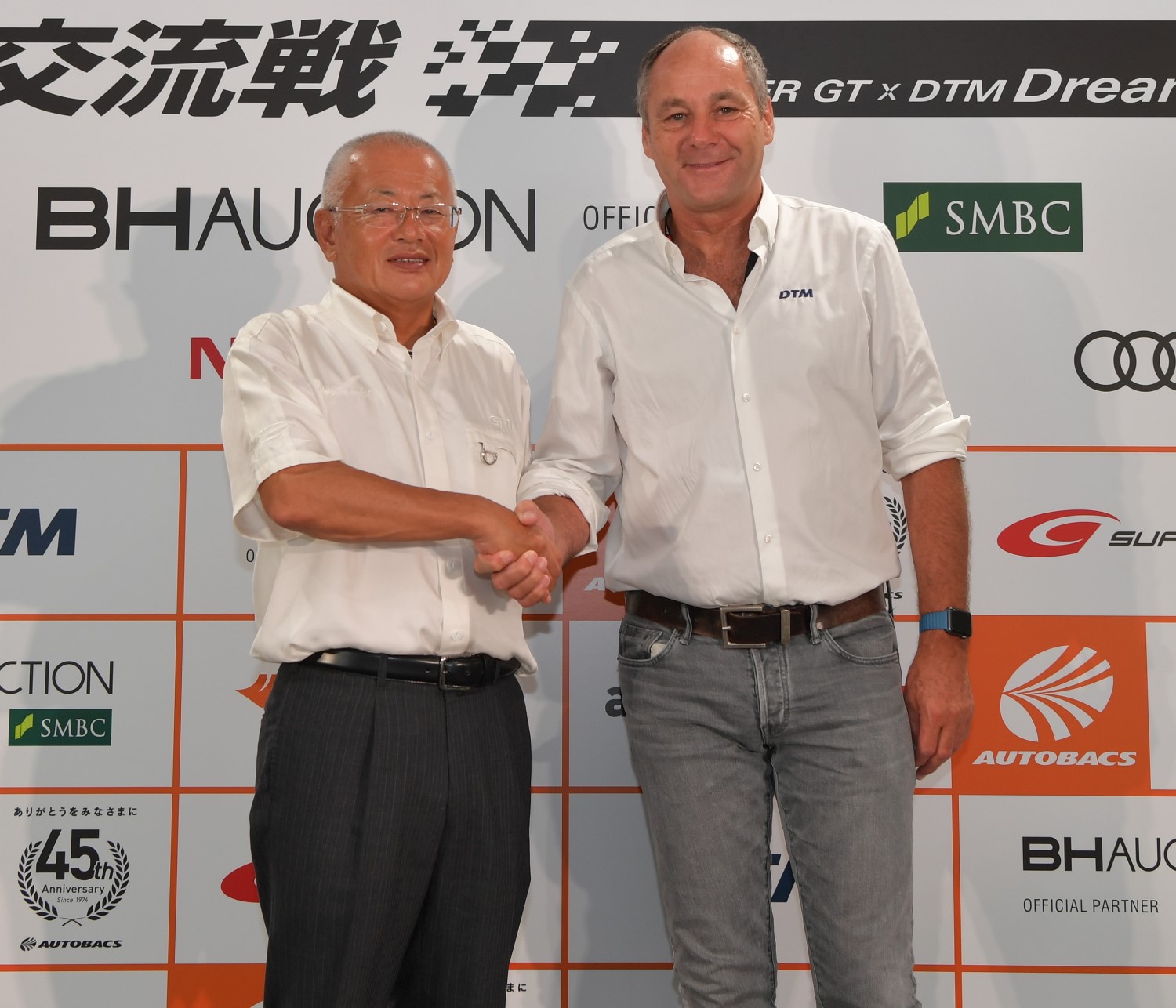 At a press conference at this weekend’s SUPER GT race at Fuji Speedway, Japan, ITR chairman Gerhard Berger and GTA chairman Masaaki Bandoh gave the first detailed look at the regulatory framework for both series’ unique race together in November this year.

ITR chairman Gerhard Berger said:
“On behalf of the ITR and all the manufacturers represented in the DTM, I would like to thank Bandoh-san, the GTA, and the representatives of Fuji Speedway for their continued co-operation.

“Our co-operation works so well because we share the same values: genuine, exciting motorsport is always our top priority. And that’s what we want to offer our fans in both Europe and Asia.

“The ‘Dream Race’ in November marks another milestone in the partnership between GTA and ITR. In 2017, we hosted the first joint demo laps for SUPER GT and DTM cars at Hockenheim and Motegi. Last year, we introduced our common technical regulations. And this year, we will be racing together for the first time.

“We’ll get our first taste of that at the DTM season finale in Hockenheim, in October, when we welcome three guest starters from Honda, Nissan and Lexus. Then the ‘Dream Race’ in Fuji will be the grand finale of our 2019 motorsport calendar."

Masaaki Bandoh, chairman of SUPER GT organisation GTA, said:
“GTA has been discussing the integration of the technical regulations with ITR since 2010. It’s been a long and bumpy road; but, with everybody’s efforts, we were able to conduct a demo run at Hockenheim in 2017 and make people aware of ‘CLASS 1’ and SUPER GT.

“We are very pleased to be able to hold a race based on the ‘CLASS 1’ regulations in Japan and would like to extend our heartfelt gratitude to Chairman Berger and the manufacturers.

“We now wish to further develop our common technical regulations in order to gain the support and understanding of as many manufacturers as possible."

The most important facts about the “Dream Race" at a glance:

The event’s 4.563-kilometer Fuji Speedway has always been an integral part of the SUPER GT racing calendar and, most recently, was the venue for the Japanese Formula 1 Grand Prix in 2007 and 2008.

This weekend’s SUPER GT race at Fuji also saw the opening of ‘Dream Race’ ticket pre-sales in Japan. The event will be title-sponsored by AUTOBACS SEVEN, one of the largest chain of stores for automotive parts and accessories in Asia and France, and the title sponsor of the SUPER GT series for 22 years.

The final number of cars competing in the ‘Dream Race’, as well as the drivers nominated by each manufacturer, will be announced at a later date.