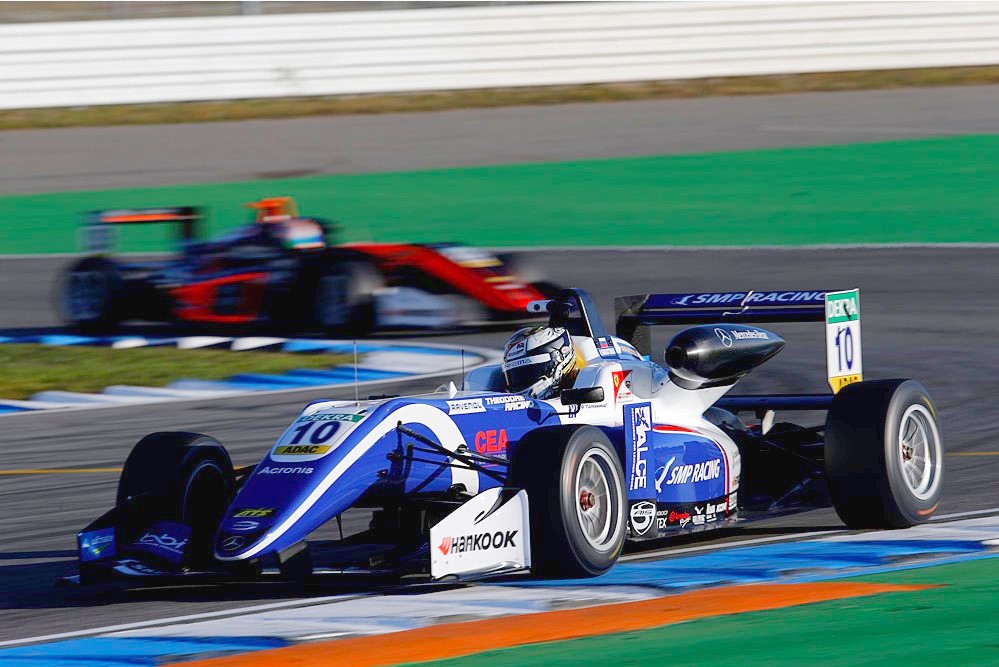 Schumacher lost significant chunks of time on at least two occasions, each time allowing the squabbling Alex Palou and Ralf Aron onto his tail.

"I did the same mistake again [as race two] in Turn 1 – it feels a bit embarrassing to be honest!" said Schumacher.

Shwartzman added: "I kept my fresh set of tires for this race because I was starting from pole, so I had an advantage over Mick.

"Mick was quite close in Turn 1 at the start, but I just kept it flat, then I started to pick up quite a good pace and pulled away.

"I could see the guys fighting behind, and the car felt good all race and I didn't have much degradation at all – I was just enjoying the ride."