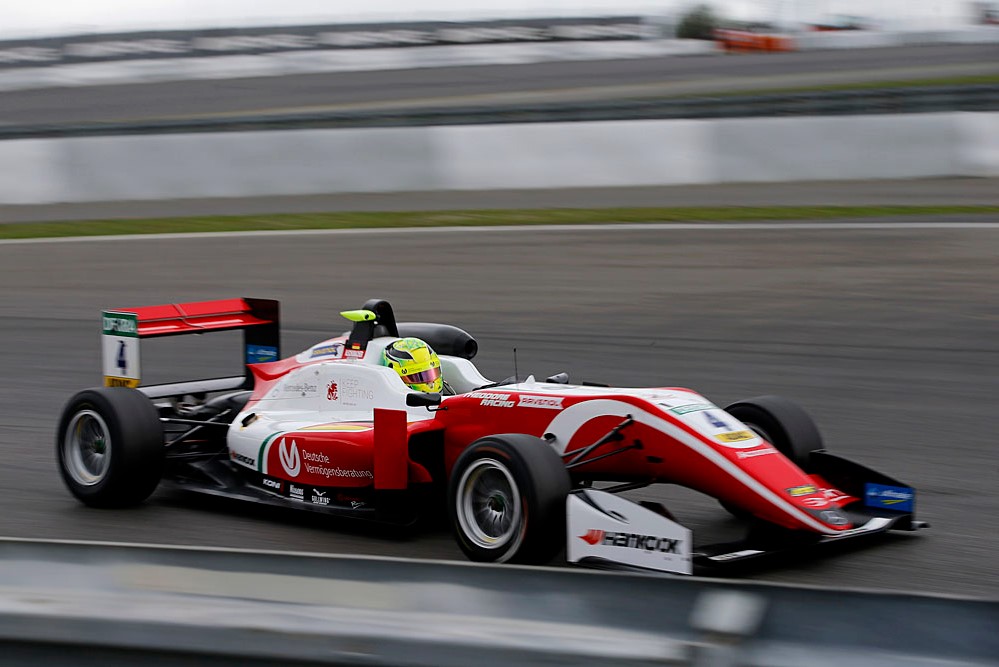 A few meters after the start, Mick Schumacher already pipped pole-sitter Robert Shvartzman. A little bit further down the field, Jehan Daruvala (Carlin) locked up under braking and slid into Alex Palou’s car (Hitech Bullfrog GP), after which the safety car was deployed. Marino Sato (Motopark), Fabio Scherer (Motopark) and JÃ¼ri Vips (Motopark) also retired due to the accident on the opening lap, after which the safety car was deployed.

At the restart, Schumacher remained in front while Shvartzman had to defend his position from a charging Ralf Aron (PREMA Theodore Racing). The Russian successfully held on to his second place. Meanwhile, Sophia Florsch (Van Amersfoort Racing), who was in eighth place behind the safety car, parked her car with a technical failure a few meters after the restart. On lap nine, Daniel Ticktum and Enaam Ahmed (Hitech Bullfrog GP) overtook Aron for third. Artem Petrov (Van Amersfoort Racing) lost his sixth place as he was called into the pits for a drive-through penalty for a jump start.

Mick Schumacher (PREMA Theodore Racing): “My start was good and I managed to move up into the lead fairly quickly. Then, I tried to save my tires as well as I could. Of course, I am very happy with this victory and with the 25 points that get me up into second place of the drivers’ standings."

Robert Shvartzman (PREMA Theodore Racing): “Both at the start and at the restart after the safety car intervention, I made a mistake. At the start, I had to let Mick pull away and at the restart, I had to defend my second place. As the race went on, I could close up to Mick again, partly because my car was really good. However, I was no longer in a position to overtake him. Generally, I am happy with second place, I just have to practice the starts a little bit more."

Daniel Ticktum (Motopark): “All in all, it was a good race. My start wasn’t ideal, so I had to let Ralf go. A few laps after the restart, I was then able to overtake him and take back third place. Now, I have a new rival in the battle for the title with Mick, but I am not looking at the championship. I am working from one race to the next."