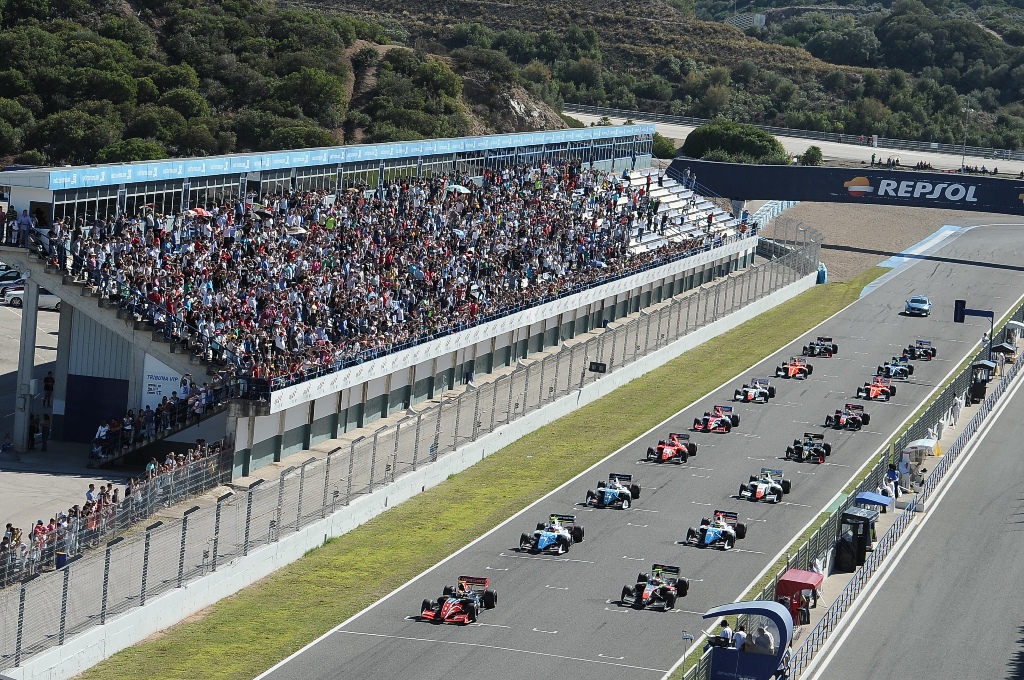 RPM- MKTG is pleased to announce to the motorsports community that their Single-Seater Series will be named "World Series Formula V8 3.5" following to the approval of this naming in the last FIA World Motorsport Council held last week.

Besides the FIA World Championship, the World Series Formula V8 3.5 becomes a unique discipline being granted the use of the word 'World'.

This recognition is the best reward for RPM, the Series Promoter that will reach its 20th consecutive year in the single-seater organisation.

Over 20 drivers for the last Collective Test in Jerez

The last Collective Test of the 2016 Season is currently being held in the Circuit of Jerez with more than 20 drivers participating over these three days.

This morning, the main focus was the Rookie Test where 5 of the attending drivers were invited by the Organisers. Alfonso Celis Jr, Sahara Force India Development driver, topped the AM Session (1.31.379) with the #1 Fortec Motorsports car, starting on a dumped track that was constantly improved and showed the top form of two Rookies, Steijn Schothorst (RP Motorsport) and Dorian Boccolacci (Fortec Motorsports). Damiano Fioravanti (RP Motorsport) set the pace in the afternoon session with 1.28.607, ahead of Harrison Scott (AVF) and Rene Binder (Lotus).