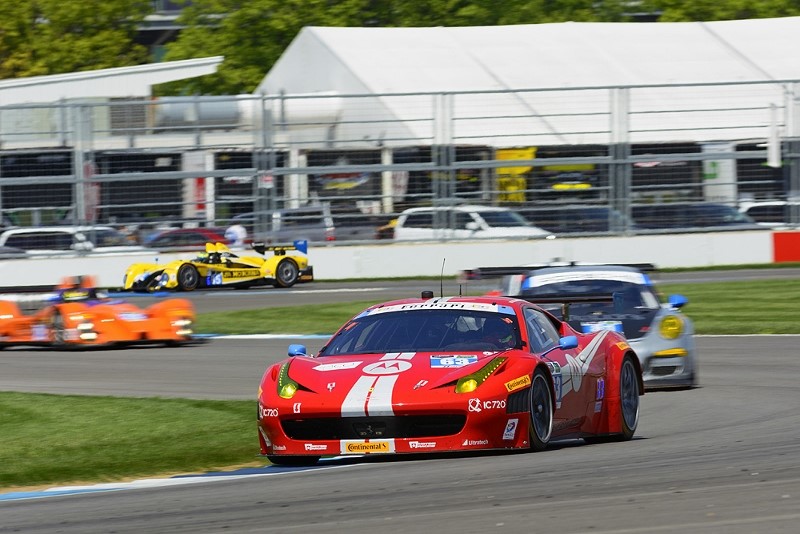 For the second straight season, a Ferrari 458 Italia crossed the world-famous yard of bricks at Indianapolis Motor Speedway in first position.

Friday evening’s Brickyard Grand Prix saw the no. 63 Scuderia Corsa Ferrari 458 Italia go from a starting position of ninth in the GT-Daytona class to first at the drop of the checkered flag. Starting driver Jeff Westphal advanced as high as first place, before Alessandro Balzan took the Ferrari to the checkered flag, scoring their second win of the season.

The win is the tenth for the Ferrari 458 in North American endurance racing, and the third in this season’s TUDOR United SportsCar Championship. Ferrari now leads the GT-Daytona manufacturer championship standings.

“For me, the 60th Anniversary of Ferrari in North America is a big milestone," said Westphal. “It is incredible to win here with Scuderia Corsa in this year. I want to say thank you to everyone on the Scuderia Corsa team. This is the most historic win of my career."

“Scuderia Corsa gave me the perfect Ferrari," said Balzan. “We had some difficulty in qualifying, but I knew that we could have a great car for the race. Indianapolis is a very historic circuit and I am proud to win here in a Ferrari."

In the GT-LeMans class, Risi Competizione nearly made it two Ferrari victories in one race as Pierre Kaffer and Giancarlo Fisichella finished in second position in the no. 62 Risi Competizione Ferrari 458 Italia. The duo recorded their second finish result of the year.

Narrowly missing the GT-D podium was the no. 555 AIM Autosport Ferrari 458 Italia of Bill Sweedler and Townsend Bell. The Ferrari, which qualified in third position, led the GT-D race until its final pitstop. Sweedler and Bell have also strengthened their lead in the GT-D driver championship.

The next round of the TUDOR Championship will be August 8-10 at Road America in Elkhart Lake, Wisconsin.