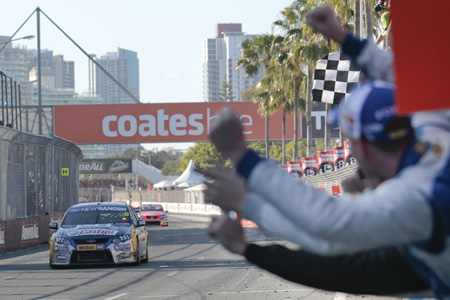 Speculation that "Holden's decision to stop making cars at the end of 2017 will take the V8 out of V8 Supercars is flawed," according to Mark Fogarty of THE AGE.

Not only "is there no plan for the series to drop the V8 tag once production of V8 Commodore road cars ceases, little more than a year after the demise of V8 Falcons, but the two things are unrelated." While Holden "may choose not to continue competing in V8 racing from 2018 for marketing reasons, it won't be forced out because it doesn't make or sell a V8-powered model."

The fact is, under the wider eligibility rules of the new-generation car regulations, "virtually any make can compete whether the model it wants to race is sold with a V8 engine or not." The only requirement is that the racing version "uses a five-liter V8 that drives the rear wheels." The Age