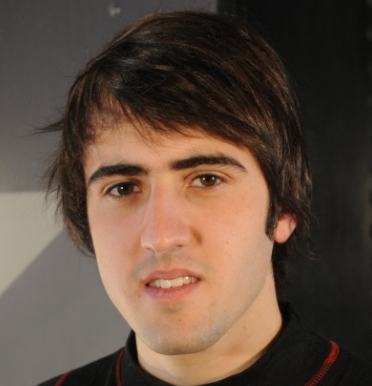 After an all-night rainstorm that thoroughly scoured the 17-turn, 2.38-mile Barber Motorsports Park track, it was again French racer Tristan Vautier who set the pace in Day 2 of Star Mazda Championship testing at IndyCar 'spring training,' – first on the wet track of the morning session and later on the dry and fast track that saw lap times dropping like a stone throughout the rest of the day.

His 120.397 (102.989 mph) lap in the #5 JDC Motorsports / Cecibon / Circuit du Laquais Mazda came on the 10th of 13 laps turned in the 30-minute final session. This is the first time the Star Mazda Championship cars have visited Barber Motorsports Park and his time represents an unofficial lap record – unofficial since in Star Mazda lap records can only be set in qualifying or the race. It is, however, a useful indicator, and a target for other drivers to shoot at in Wednesday's final 1-hour session… and during the race on the April 10.

The original schedule for Day 2 called for two sessions, one morning and one afternoon. However a sudden, unexplained schedule change split the single afternoon session into two and drivers and teams were only alerted 15 minutes before the start of the second session, newly scheduled to run from 10:30 to 11:15 am. Several teams were already deep into dismantling their cars and were unable to make the session, while others quickly buttoned their cars up, pried their drivers away from their cell phones and sent them out for truncated, impromptu session.

Also flexing his muscles in the final session was second-year Star Mazda racer Chris Miller, who rounded out the top-5 with a 1:22.128 (100.818 mph) in his #85 JDC Motorsports / Miller Milling / Red Line Oil Mazda. Less than two second separated the top-8 runners during the final session, with positions 5-8 separated by less than half a second.

The final session of the Star Mazda Championship test at IndyCar spring training takes place 9-8 am, Wednesday, March 16th. The first race of the 2010 season is scheduled to get the green light for the traditional Star Mazda standing start at 4:10 pm Saturday, March 26 at the Grand Prix of St. Petersburg.