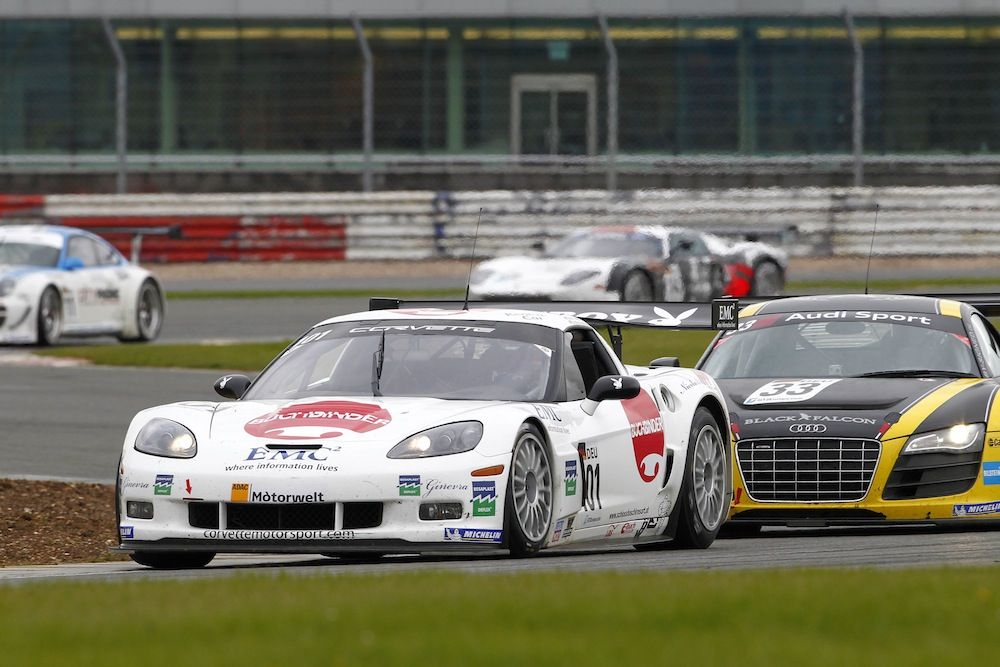 The first race held on Saturday started in wet conditions after a heavy rain shower just before the race. Daniel Keilwitz started third and could gain one position directly at the start. In the second lap, the young German attacked successfully the leading Lamborghini and took the lead. Keilwitz could build a small gap, but after the mandatory pit stop with driver change, Hohenadel/Keilwitz lost the lead to the Graff Racing-Corvette of Mike Parisy and Joakim Lambotte. The two Frenchmen of Callaway’s latest French customer team Graff Racing won, Hohenadel/Keilwitz took second place. Callaway customer Toni Seiler came third together with Dino Lunardi in his Toni Seiler Racing-Corvette and completed the all Callaway built Corvette podium. “I got really good traction right from start in the wet conditions and was certainly much faster then the leader“, Daniel Keilwitz said after the race. â€žI tried to built small gap, but unfortunately we lost the lead during the pit stop.“

In Sunday’s second race, Hohenadel and Keilwitz impressed with an amazing chase trough the field. Right from the start, Hohenadel was handicapped by an engine problem. The Corvette engine was soon only a six cylinder, after two spark plug cables burnt. Hohenadel tried to be as quick as possible with six the cylinder engine until the pit stop window opened midway trough the race. The Callaway mechanics replaced the burnt cables when Hohenadel pitted, and Keilwitz went back on the track with full engine power. Keilwitz was almost at the back of the field, but a battled up to the front. Within only 30 Minutes, he overtook all cars on the track, beside two, meaning he finally saw the chequered flag in brilliant third place! Mike Parisy and Joakim Lambotte scored a fine double with their Graff-Corvette and won also Sunday’s race.

â€žMy start wasn’t good and right from beginning of the race I had engine problems“, Christian Hohenadel said. â€žI tried to by as quick as possible with the six cylinder Corvette. After the repair and the driver change, Daniel drove a unbelievable race.“

The two Dutchmen Marius Ritskes and Bernard van Oranje in the second Callaway Competition-Corvette Z06.R GT3 finished 22. in both races.

Hohenadel and Keilwitz claimed the lead in the driver’s championship with their podium positions at Brno and the double victory of Graff Racing made the Callaway Competition-Corvette Z06.R GT3 now the most successful car in the history of the FIA GT3 European Championship.